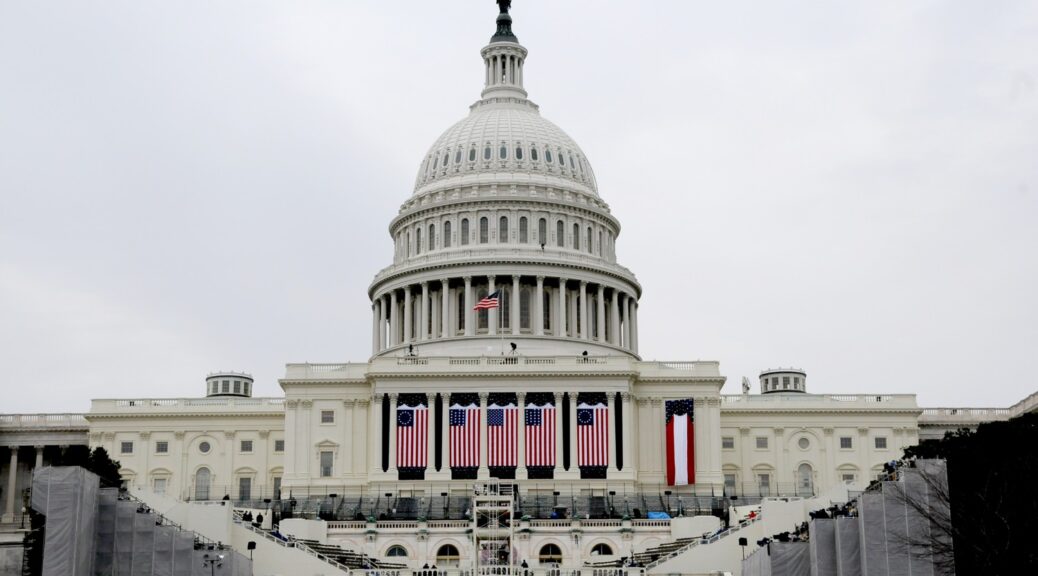 Joe Biden might not get the grand, celebratory inauguration that is traditional (though he did have the largest, with Barack Obama in 2008, and again in 2012 so he knows what it is like), but there is still great programming. Much as the sensational and inspiring Democratic National Convention which was mostly virtual, the Presidential Inaugural Committee (PIC) has planned many events for the inauguration of Joseph R. Biden, Jr. as the 46th President and Kamala D. Harris as Vice President (and first woman) to celebrate the beginning of a new national journey toward an America united.

Over the course of five days of programming, “America United” activities will honor our traditions while safely allowing more Americans than ever before to participate from their own homes.

Saturday January 16th
America United: An Inauguration Welcome Event Celebrating America’s Changemakers: On Saturday, January 16, the PIC will host a welcome event to celebrate America, reflect and honor our history, and highlight the incredible diversity of the nation. Featuring musical performances, celebrity appearances, and remarks from some of the most popular leaders from across the country, the event will kick off five days of programming leading into the inauguration. The event will stream live on Saturday, January 16, from 7:00-8:30 PM ET at bideninaugural.org and on PIC social media platforms.

Monday January 18th
United We Serve: A Celebration of the National MLK Day of Service: On Monday, January 18, 2021, thousands of volunteers across the country will participate in the National Day of Service – an opportunity for all Americans to unite and serve at a time when the global pandemic calls on us to work together and support our communities. Find an event near you here.

The day will culminate in an hour-long celebration that will feature a diverse array of entertainers, inspiring speakers, and stories celebrating the legacy of Martin Luther King Jr. and the Biden-Harris Administration’s commitment to service. The event will stream live on Monday, January 18, from 8:00-9:00 PM ET at bideninaugural.org and on PIC social media platforms.

If you haven’t signed up to volunteer yet, it’s not too late! So many volunteer organizations are in need right now, and our goal is to encourage everyone to find an organization they can volunteer with, not only on Monday, but throughout the year. Join in honoring the life and legacy of Dr. King by signing up to volunteer and spreading the word among friends, family, and neighbors.

Tuesday January 19th
Nationwide COVID-19 Memorial: On Tuesday, January 19th, the PIC will host a memorial to remember and honor the lives lost to COVID-19 as part of inaugural activities. A Washington, D.C. ceremony on Tuesday, January 19, will feature a lighting around the Lincoln Memorial Reflecting Pool, and PIC is inviting cities and towns around the country to join in illuminating buildings and ringing church bells at 5:30 p.m. ET in a national moment of unity and remembrance. The event will stream live on Tuesday, January 19, from 5:30-6:30 PM ET at bideninaugural.org and on PIC social media platforms.

Wednesday January 20th
Inauguration: On Wednesday, January 20, the 59th Inaugural Ceremonies will begin broadcasting at 10:00 AM ET. At noon, Joseph R. Biden, Jr. and Kamala D. Harris will be sworn in as President and Vice President of the United States on the West front of the U.S. Capitol.

Pass In Review: After the official swearing-in ceremony on the West front of the U.S. Capitol, the President, Dr. Biden, Vice President, and Mr. Emhoff will participate in a Pass In Review on the East front with members of the military. Pass In Reviews are a long-standing military tradition that reflect the peaceful transfer of power to a new Commander-in-Chief.

Arlington National Cemetery Wreath Laying Ceremony at the Tomb of the Unknown Soldier: The President, Dr. Biden, the Vice President, and Mr. Emhoff will visit Arlington National Cemetery following the swearing-in ceremony and Pass In Review at the U.S. Capitol following the Inaugural ceremonies. They will be joined by President Barack Obama and Michelle Obama, President George W. Bush and Laura Bush, and President Bill Clinton and Secretary Hillary Clinton.

“Celebrating America” Primetime Special: This will be the capstone prime-time program for the inauguration of Joseph R. Biden, Jr. and Kamala D. Harris to celebrate the beginning of a new national journey toward an America united. This night will be hosted by Tom Hanks on January 20 from 8:30-10:30 pm. ET and will showcase the American people’s resilience, heroism, and unified commitment to coming together as a nation to heal and rebuild.

Eva Longoria and Kerry Washington will introduce segments throughout the night ranging from stories of young people making a difference in their communities to musical performances. Foo Fighters, John Legend, Bruce Springsteen, Demi Lovato, Justin Timberlake, Ant Clemons, and Jon Bon Jovi will perform from iconic locations across the country, with additional performances to be announced.

The program will be carried live by ABC, CBS, CNN, NBC, MSNBC, and PBS. It will be streamed live on PIC social media channels: YouTube, Facebook, Twitter, and Twitch. The PIC’s streaming partners, including Amazon Prime Video, Microsoft Bing, NewsNOW from Fox, and AT&T DIRECTV and U-verse, will also be carrying the program live.