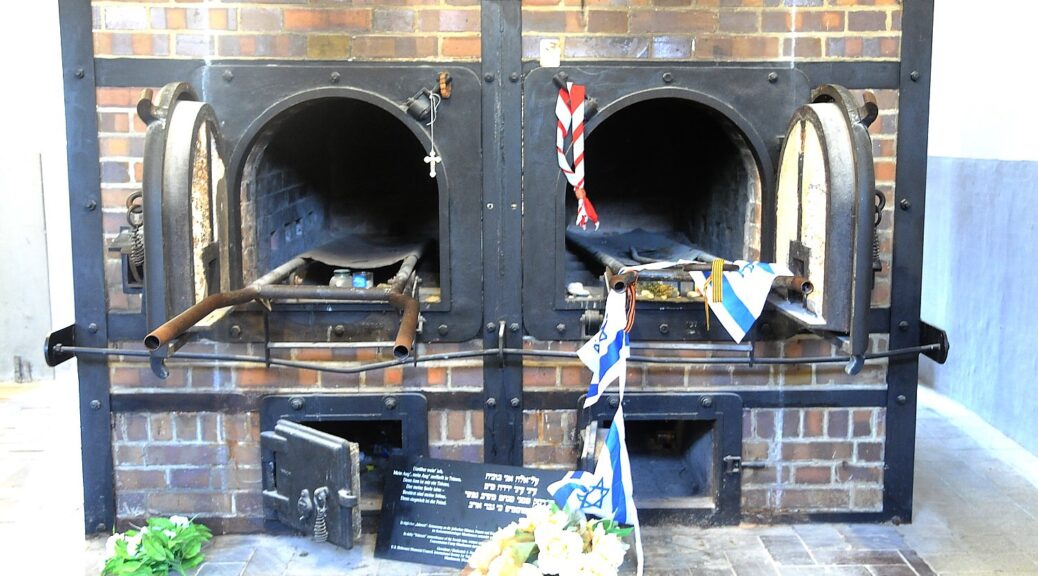 With anti-Semitism on the rise, record numbers of hate crimes recorded, 63 percent of American Jews having experienced anti-Semitism and 59% concerned for their own safety, Jewish students on college campuses afraid to reveal their identity, anti-Semitic attacks by members of Congress, and the Tennessee School Board banning “Maus,” a Pulitizer-prize winning graphic novel about the Holocaust, a Texas legislator said Holocaust could not be taught in schools unless the “opposing view” is also taught, and half of Americans not aware or in denial that 6 million Jews were systematically murdered by Nazis, President Biden issued a statement on International Holocaust Remembrance Day condemning anti-Semitism: “It falls to each of us to speak out against the resurgence of anti-Semitism and ensure that bigotry and hate receive no safe harbor, at home and around the world.”

Jonathan Greenblatt, CEO of the Anti-Defamation League (ADL) noting that 100 candidates for elected office from 32 states are members of extremist groups, that 60 percent of hate crimes are directed against Jews, that anti-Semitism is entrenched in conspiracy theories, “It’s a sign of decay of our society.”

Today, we attempt to fill a piercing silence from our past—to give voice to the six million Jews who were systematically and ruthlessly murdered by the Nazis and their collaborators, and to remember the millions of Roma, Sinti, Slavs, disabled persons, LGBTQ+ individuals, and political dissidents who were killed during the Shoah. It was a destructive force so unimaginable that it gave rise to an entirely new vocabulary of evil: words like “holocaust,” “genocide,” and “crimes against humanity.” We join with nations of the world to grieve one of the darkest chapters in human history—and to bear witness for future generations so that we can make real our sacred vow: “never again.”

This charge is even more urgent with each passing year, as fewer and fewer survivors remain to share their stories of lives lost and lives rebuilt.

As a child, I first learned of the Holocaust listening to my father at our dining room table. As a father and grandfather, I brought my own family to see its haunting remnants at the Dachau concentration camp. And today, as President, I’ll welcome Bronia Brandman to the Oval Office. A survivor of Auschwitz who lost her parents and four of five siblings, she could not speak of her experiences for half-a-century. Today, she’ll share her story at the White House—and speak for millions who never got the chance.

Today, and every day, we have a moral obligation to honor the victims, learn from the survivors, pay tribute to the rescuers, and carry forth the lessons of last century’s most heinous crime. From the streets of Charlottesville, Virginia, to a synagogue in Colleyville, Texas, we are continually and painfully reminded that hate doesn’t go away; it only hides. And it falls to each of us to speak out against the resurgence of antisemitism and ensure that bigotry and hate receive no safe harbor, at home and around the world.

We must teach accurately about the Holocaust and push back against attempts to ignore, deny, distort, and revise history—as we did this month, when the United States co-sponsored a UN resolution that charged the international community with combating Holocaust denial through education. We must continue to pursue justice for survivors and their families. And we must ensure that aging survivors have access to the services they need to live out their lives in dignity.

We cannot redeem the past. But, on this day, as we mourn humanity’s capacity to inflict inhuman cruelty, let us commit to making a better future and to always upholding the fundamental values of justice, equality, and diversity that strengthen free societies.