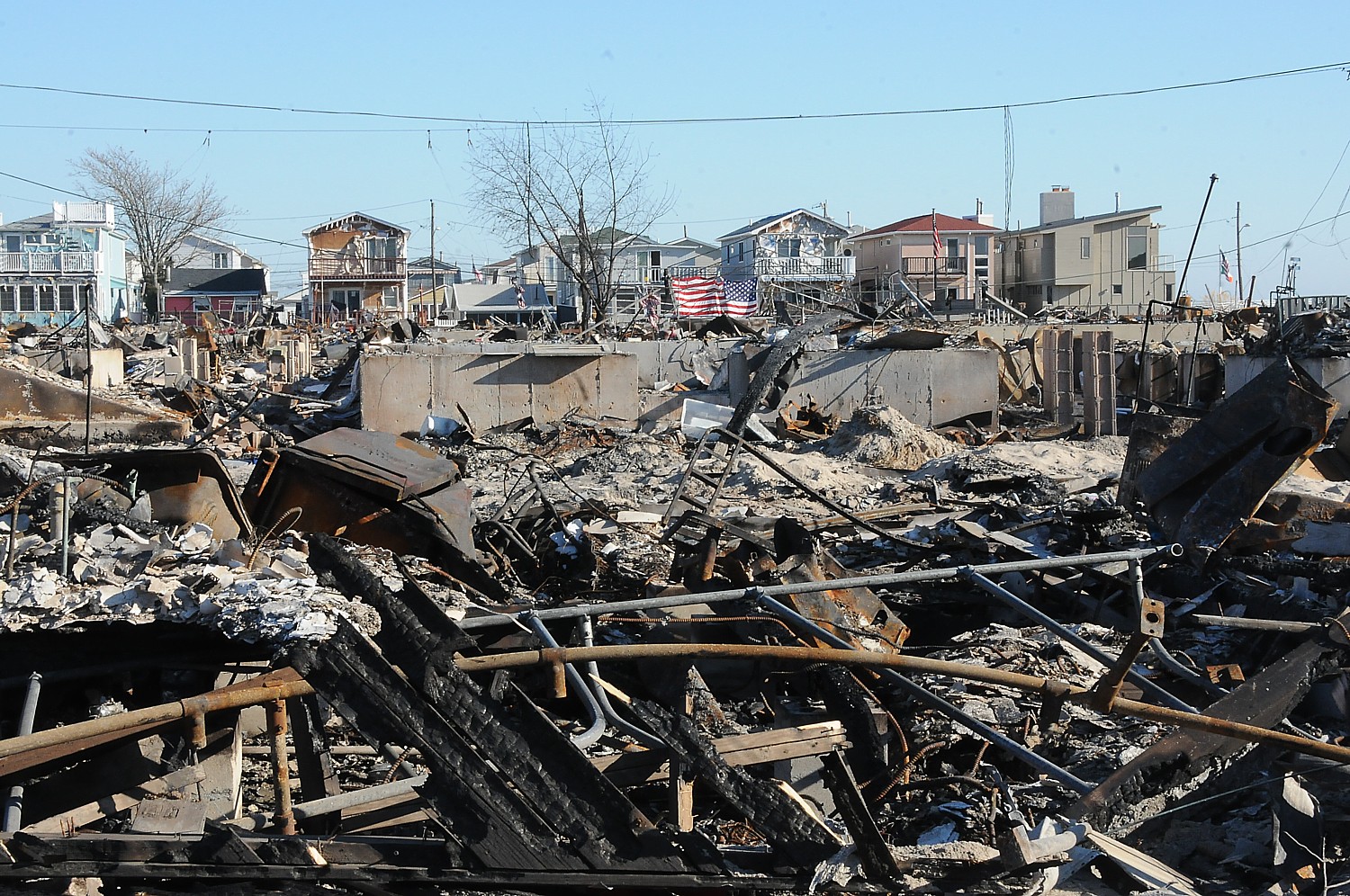 Climate disasters like Superstorm Sandy pose a national security threat because they potentially could make 200 million people around the world climate refugees and put further stress on food and water supplies © 2016 Karen Rubin/news-photos-features.com

“Climate change is an urgent and growing threat to our national security, contributing to increased natural disasters, refugee flows, and conflicts over basic resources like food and water. The present day effects of climate change are being felt from the Arctic to the Midwest. Increased sea levels and storm surges threaten coastal regions, infrastructure, and property. In turn, the global economy suffers, compounding the growing costs of preparing and restoring infrastructure.” – U.S. National Security Strategy, February 15, 2015

On Sept. 21, President Obama signed a Presidential Memorandum (PM) on Climate Change and National Security, establishing a policy that the impacts of climate change must be considered in the development of national security-related doctrine, policies, and plans.  To achieve this, 20 Federal agencies and offices with climate science, intelligence analysis, and national security policy development missions and responsibilities will collaborate to ensure the best information on climate impacts is available to strengthen our national security. The Presidential Memorandum was released alongside a report from the National Intelligence Council identifying pathways through which climate change will likely pose significant national security challenges for the United States over the next two decades, including threatening the stability of other countries.

This announcement builds on steps the Obama Administration has already taken to address emerging national security challenges impacted by climate change. For example, because climate change in the Arctic will necessitate greater presence in the region’s open seas, the Administration proposed in 2015 to accelerate the acquisition of a replacement heavy icebreaker for the Arctic and began planning for the construction of additional icebreakers. This year, the Administration requested $150 million from Congress to accelerate production of a new Polar Icebreaker, and the Administration continues to call on Congress to provide this critical funding to the U.S. Coast Guard this year.

Today’s Presidential Memorandum adds an essential element to the President’s comprehensive approach to addressing climate change at all levels, providing the policy guidance and direction needed to ensure that climate risks are fully characterized and considered in our national security planning, through:

The National Intelligence Council released a report finding that the effects of climate change are  “likely to pose significant national security challenges for the United States over the next two decades,” including by stressing our military operations and bases. Globally, the report found that climate-related national security disruptions are underway now and climate change and its resulting effects are likely to pose wide-ranging national security challenges for the United States and other countries over the next 20 years through a number of pathways including:

“These effects will be especially pronounced as populations continue to concentrate in climate-vulnerable locations such as coastal areas, water-stressed regions, and ever-growing cities.

“While President Obama continues to pursue all practical actions to reduce harmful greenhouse gases and other carbon sources, it is important to evaluate and pursue the actions needed to identify the current and projected climate impacts on our national security, and develop actions to mitigate these impacts,” the White House stated in the fact sheet.