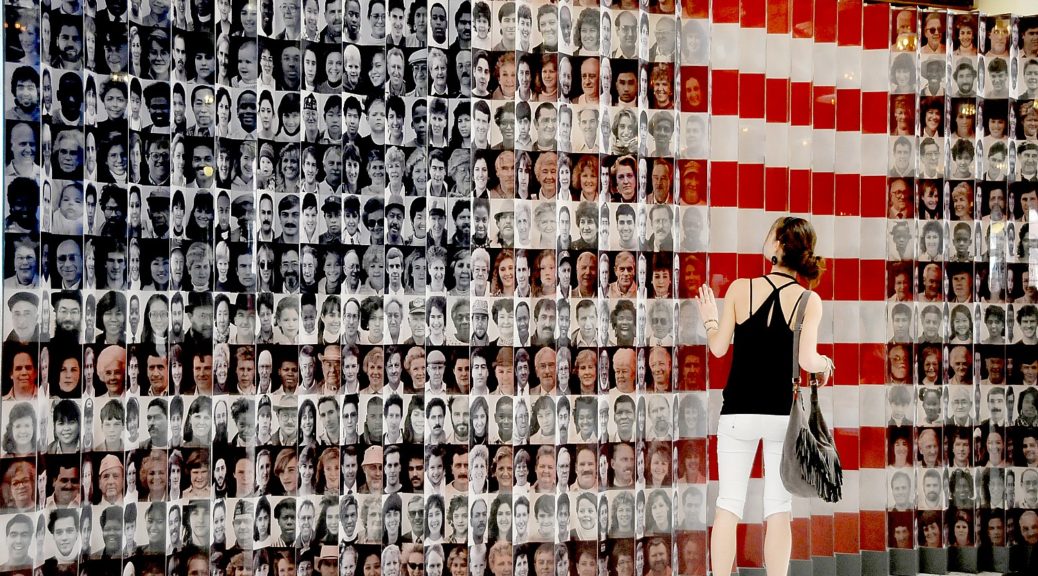 Governor Andrew M. Cuomo launched the third round of NaturalizeNY – the first-of-its-kind public-private partnership to encourage eligible immigrants in New York State in becoming U.S. citizens. Citizenship benefits immigrants through stronger protections from deportation, the right to vote and run for elected office, and the ability to assist more family members with immigrating to the United States.

“We are in unprecedented times, where the federal government is openly hostile to immigrants, putting blockades and walls in place to prevent them from achieving the American dream,” Governor Cuomo said. “We are a nation of immigrants, and New York will always fight to remove barriers to inclusion, including those that put low-income families at another disadvantage.”

Indeed,  Donald Trump, who has refused to fix the DACA program, leaving 800,000 who were brought here as children in a state of perpetual anxiety, and has canceled the Temporary Immigration Status of tens of thousands of Honduras, Nicaraguans, El Salvadorans and others, said this week we might “have to think about closing up the country” if he doesn’t get his border wall. Meanwhile, the Republican-controlled Congress has shown no inclination to address comprehensive immigration reform, or even provide a path to legalization for DACA recipients.

The initiative assists low-income immigrants in gaining U.S. citizenship. Eligible immigrants may register and enter a lottery for a voucher to cover the $725 naturalization application fee. Applicants may apply online at www.NaturalizeNY.org, via the New Americans Hotline at 800-566-7636 or by visiting an ONA Opportunity Center. The registration period runs from May 1 – June 15, 2018.

Since 2016, 916 immigrant New Yorkers were offered vouchers through the program to cover naturalization fees. More than 3,000 immigrants entered the program seekinghelp to pursue citizenship. Up to 900 vouchers are expected to be awarded this year.

“My grandparents struggled with poverty in Ireland, and came to the United States looking for a better life,” said Lieutenant Governor Kathy Hochul. “For many this is the quintessential American experience that binds us — regardless of whether the immigrants came a century ago or last week. It is that legacy of inclusion that has earned us the respect of people from around the world. Regardless of what occurs in Washington, the immigrant experience in our state is far more positive because of programs like this. We remain committed to helping them become citizens as they raise families, become entrepreneurs, start small businesses, and pursue new lives in communities throughout our state.”

NaturalizeNY registrants must be naturalization-eligible lawful permanent residents (green card holders) residing in New York State and have incomes below 300 percent of the federal poverty guideline. They must not be eligible for a federal fee waiver.Registrants who win a voucher will be notified at the end of June and referred to an Office for New Americans Opportunity Center to complete the naturalization application and receive their voucher.

The federal government only grants U.S. citizenship to immigrants with lawful status after the individual fulfills the requirements established by Congress. The process of becoming a citizen, referred to as naturalization, generally includes an extensive application to the federal government, submission of fingerprints to be used for a criminal background check by the Federal Bureau of Investigation, passing a language and civics exam, and an interview with a federal immigration officer. After this process, an immigrant is not yet a U.S. citizen until after the individual takes the Oath of Allegiance at a citizenship ceremony.

“From the Office for New Americans, the Liberty Defense Project, and NaturalizeNY, Governor Cuomo has put in place robust resources for our immigrant communities,” New York Secretary of State Rossana Rosado said. “New York will continue to serve as a model for the rest of the nation on how we treat our neighbors. The NaturalizeNY lottery delivers the promise of hope to New Yorkers seeking to enjoy the full benefits of citizenship.”

NaturalizeNY lifts the financial barrier to citizenship faced by New Yorkers, creating opportunity for immigrants and New York’s diverse communities. According to the U.S. Census, 915,000 New Yorkers hold a green card and are eligible for citizenship, including approximately 654,720 in New York City. Recent research from Stanford University’s Immigration Policy Lab found that the cost of the application was a major barrier to these immigrants seeking citizenship. The threshold to have the federal fee waived means New Yorkers could be blocked from becoming citizens because of the financial barrier. For example, an individual earning $35,000 a year makes too much to qualify for a federal fee waiver, and the cost of applying for citizenship works out to the equivalent of about a week’s pay. While the federal fee waiver is available to individuals whose household income is at or below 150 percent of the Federal Poverty Guidelines, NaturalizeNY is open to those who are at 150 – 300 percent of the Federal Poverty Guidelines.

Immigrants who become citizens see an almost 9 percent increase in earnings, according to a 2015 Urban Institute study. This leads to higher tax revenue and lower reliance on public benefits.

To support up to 1,800 citizenship applicants, New York State, Robin Hood and the New York Community Trust are investing more than $1.2 million to cover the $725 application fee through fee assistance vouchers. The funding will be paid directly to the federal government by the campaign partners and cover the full cost of the naturalization process. Vouchers will be awarded following the lottery in June, and administered by personnel from the Office for New Americans and Stanford University.

NaturalizeNY is part of Governor Cuomo’s efforts to help immigrants and minority populations fully participate in New York’s civic and economic life. The Office for New Americans, the nation’s first statutorily created immigrant services office, recently celebrated its fifth anniversary. Since its inception, the Office for New Americans has helped more than 200,000 New Americans navigate the naturalization process, start and grow their own businesses, learn English, and become part of New York’s diverse cultural fabric. Of these:

The Office for New Americans work is enhanced by the New Americans hotline – 800-566-7636 – where individuals can obtain free, multi-lingual services and file fraud complaints. Since its inception, more than 150 complaints against fraudulent legal service providers made to the hotline have resulted in referrals to appropriate District Attorneys’ offices.

In addition to providing free, direct assistance to individuals, the Office for New Americans has conducted more than 6,000 seminars and meetings to educate New Yorkers on how to apply for a passport, how to apply for college, what to do if/when immigration officers come to their homes, what avenues are available for victims of domestic violence, and more.

The Office for New Americans also recently launched another first-in-the-nation program to support parents and families caring for unaccompanied and/or undocumented children through a partnership with the Children’s Village and its Office for New Americans Centers at Central American Refugee Center in Long Island and Neighbors Link in Westchester County.

The successful Office for New Americans Opportunity Center model was recognized in 2017 at the United Nations’ Fourth Mayoral Forum on Human Mobility, Migration and Development in Berlin, Germany, marking the first time a state-led integration effort was recognized at a U.N. event.

The Office for New Americans has recently increased outreach in the wake of the Trump administration’s arbitrary decision to end Temporary Protected Status for individuals from El Salvador, Haiti, and Nicaragua. Of the 114,127 Salvadorans currently living in New York State, 16,200 are Temporary Protected Status beneficiaries and will be impacted by the federal government’s decision to end recognition.

Created by Governor Cuomo in 2017 in response to hostile federal policies, the Liberty Defense Project is the nation’s first state-led project to assist immigrants -regardless of status – in obtaining access to legal services and process. The Liberty Defense Project provides essential legal services on deportation defense, direct representation, consultations, application assistance, and more. The public-private partnership is administered by the Office for New Americans and run in partnership with law firms, legal associations, advocacy organizations, colleges, universities, and bar associations across the state.

Since July 2017, the Liberty Defense Project provided more than 10,000 free and confidential services to individuals needing legal assistance through its network of 47 community-based groups.

According to the American Immigration Council: