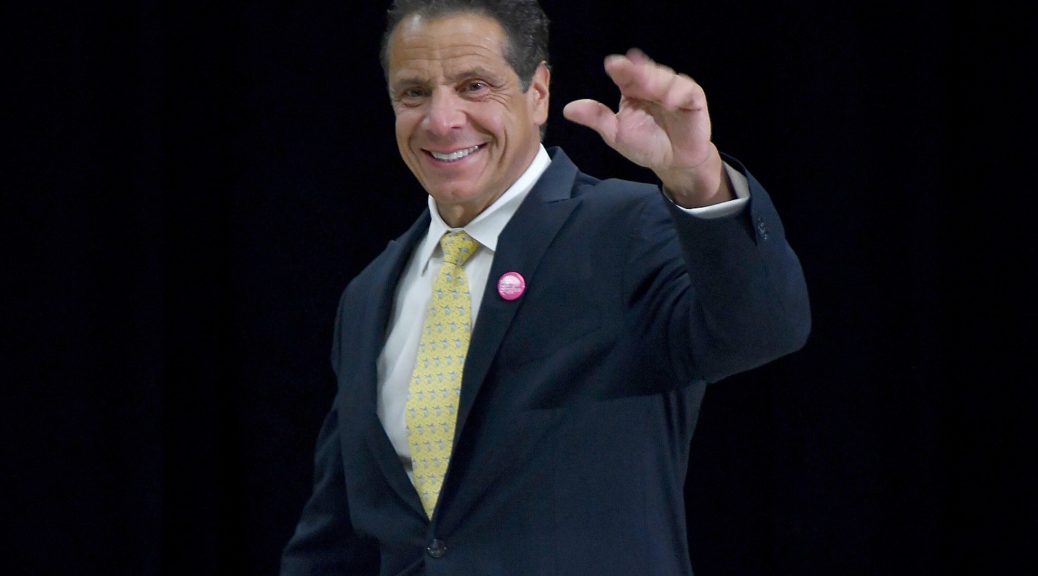 Governor Andrew M. Cuomo and Attorney General Barbara D. Underwood today filed a lawsuit to protect New York and its taxpayers from Washington’s drastic curtailment of the State and Local Tax (SALT) deduction. The lawsuit, which was joined by Connecticut, Maryland, and New Jersey, argues that the new SALT cap was enacted to target New York and similarly situated states, that it interferes with states’ rights to make their own fiscal decisions, and that it will disproportionately harm taxpayers in these states.

Accusing the federal government of engaging in a host of un-American actions – ranging from Zero Tolerance for immigrants seeking asylum, to pushing oil and gas drilling off coasts, to the failure of the Trump Administration to sufficiently protect elections and critical infrastructure against cyberattacks by Russia and other foreign adversaries- he cited the tax reform act’s SALT provision as “un-American.”

“Put aside the philosophy and the top 1 percent getting 80 percent of the benefits, the so-called SALT provision was un-American. What you did was you divided the states, you penalized the democratic states.”

In a phone conference call with the press, Cuomo said that the lawsuit is being filed in the district court of the Southern District of New York, and seeks declaratory judgment that it is unconstitutional and injunctive relief.

“There are three causes of action that the lawsuit will lay out. The first one is that it’s a violation of the Tenth Amendment which was ratified in 1791. The Tenth Amendment prohibits the federal government from invading the sovereign tax authority of the states. Remember, the founding fathers who they loved to quote, these are co-equal sovereign the federal government and the states. That was the basis of the Constitution.

“And the Tenth Amendment prohibited the federal government from invading a state’s tax authority. And that’s what they did by their own admission. Secretary Mnuchin said, the purpose of the law was ‘to send a message to the state governments that they have to get their budgets in line.’ Ted Cruz said, ‘we want to get states to lower their taxes.

Paul Ryan said the same thing. This was their attempt to manipulate state governments.

The second cause of action is that it’s a violation of the 16th Amendment that was ratified in 1913, which states the federal government may not exercise its power to tax individual incomes without providing for deduction of state and local taxes. Alexander Hamilton was cited: “the individual states would under the proposed Constitution retain an independent and uncontrollable authority to raise revenue to any extend of which they may stand in need. By every kind of taxation except duties on imports and exports.” James Madison said, “the state’s status as co-equal sovereigns provided security against interference from the federal government.”

The third cause of action is a violation of Article 1 Section 8 of the Constitution that says, ‘the Congress has the power to lay and collect taxes, duties, impose excises to pay debts, and provide for the common defense and general welfare, but it may not use its tax and spending authorities to exert a power akin to undue influence over the states or coerce the states into adopting policies preferred by the federal government.’ That goes back to case law to 1937.

Cuomo cited Abraham Lincoln when he passed the first federal income tax—the Revenue Act of 1862— “state and local taxes shall first be deducted to determine a taxpayer’s liability for the federal income taxes.” Justin Morrill in 1862, stated”‘as a matter of simple logic, the deduction is necessary to avoid both double taxation and the principle of federalism.” It also goes to the principle of federalism.

“This is their political attempt to hurt Democratic states,” Cuomo stated. “It is totally repugnant and hypocritical of the fundamental conservative ideology which they preach—the limited federal government, respect state rights. This tramples on their own theory. And it is politically motivated. And it was politically targeted. Steven Moore, the conservative economist who advised the Trump campaign, said the Republican tax bill represents death to the Democrats.

The 2017 federal tax law, “which resulted from a hyper-partisan and rushed process,” drastically reduced the deduction by capping it at $10,000. An analysis by the New York State Department of Taxation and Finance shows that the cap will increase New Yorkers’ federal taxes by $14.3 billion in 2018 alone, and an additional $121 billion between 2019 and 2025. As set forth in the complaint, the law flies in the face of centuries of precedent, which establishes constitutional limits on the federal government’s ability to use its tax power to interfere with the sovereign authority of the states.

For the entire history of the United States, every federal income tax law protected the sovereign interests of the states by providing a deduction for all or a significant portion of state and local taxes. This uninterrupted history demonstrates that the unprecedented cap on the SALT deduction is unconstitutional, as the lawsuit notes. This new, drastic curtailment of the SALT deduction has both the purpose and effect of harming New York, other similarly situated states, and their residents. Among other things, the new cap will depress home prices, spending, and business sales, and result in slower growth for the New York economy and fewer jobs.

Countering the impression that New York is the highest taxed state in the country, Cuomo said, “The large tax in New York is not state income tax, it’s local taxes – that’s what they are targeting. We have people who pay more in property ax than income tax – if those jump 30% after we capped them with first proper tax cap in history, you will see home values go down, real estate values come down, because it will make this jurisdiction must more expensive, and there may be people right on margin. This is not a theoretical political argument, this is real life.

“Ask your neighbor if property taxes go up 30 percent, what will you do? That’s why we did the property tax cap in first place – 2% year over year – this would be 30 percent bump in property taxes, and if you see real estate values come down, we will have a problem with banks, funding for school districts, and have potential devastating consequences. That’s why wanted to move on expeditious basis.

“This state has been fiscally responsible. That’s undeniable. Our credit rating up, spending increases are at record lows, efficiency up. This is a different point: it’s not for fed government to determine local taxation. That is fundamental Constitutional point.

“We think they are doing it out of political intent. If they want to talk about reduce taxes, give us back the $48 billion they take from us – we are the highest Donor State in the nation. We have been since Moynihan railed against it. We give them $48 billion more than we get back. If you really want us to reduce taxes, give it back and I will reduce taxes.

“They set up two sets of rules,” Governor Cuomo asserted, “One for Republican states, one for Democratic states. If we can’t deduct, state and local taxes [effectively] go up 30 percent. We depend heavily on property taxes to fund local governments.”

The lawsuit, filed today in the U.S. District Court for the Southern District of New York, was led by Attorney General Underwood and joined by the Attorneys General of Connecticut, Maryland, and New Jersey, is against the United States, the IRS and Treasury Secretary Steven T. Mnuchin as defendants.

Cuomo held out the possibility of other states, such as California, joining the suit. “We are forming a coalition, but time is of the essence.”

“New York will not be bullied. This cap is unconstitutional – going well beyond settled limits on federal power to impose an income tax, while deliberately targeting New York and similar states in an attempt to coerce us into changing our fiscal policies and the vital programs they support,” said Attorney General Underwood. “We will not allow partisans in Washington to hurt our people or interfere with our policies. We’ve filed suit against this unconstitutional attack on New York and our state’s fundamental rights — because we won’t stand by and let Washington pick the pockets of New Yorkers.”

“It was a number and a tax selected to effect what they wanted,” Cuomo charged. “You think it was a coincidence that it impacted 12 states, all Democratic, all states Trump lost, all that don’t have Republican representative in Congress? .. That puts democratic states on different footing. That’s why I’ve said this is economic civil war – red versus blue, Democratic versus Republican, and penalizing those states. But these are co-equal sovereigns. The federal government can’t do whatever want. It has a right to tax, and we have right to tax, I can’t interfere with the federal right to tax, and the federal government can’t interfere with our right to tax, and where they drew this line, arbitrary, because it had the desired effect.”