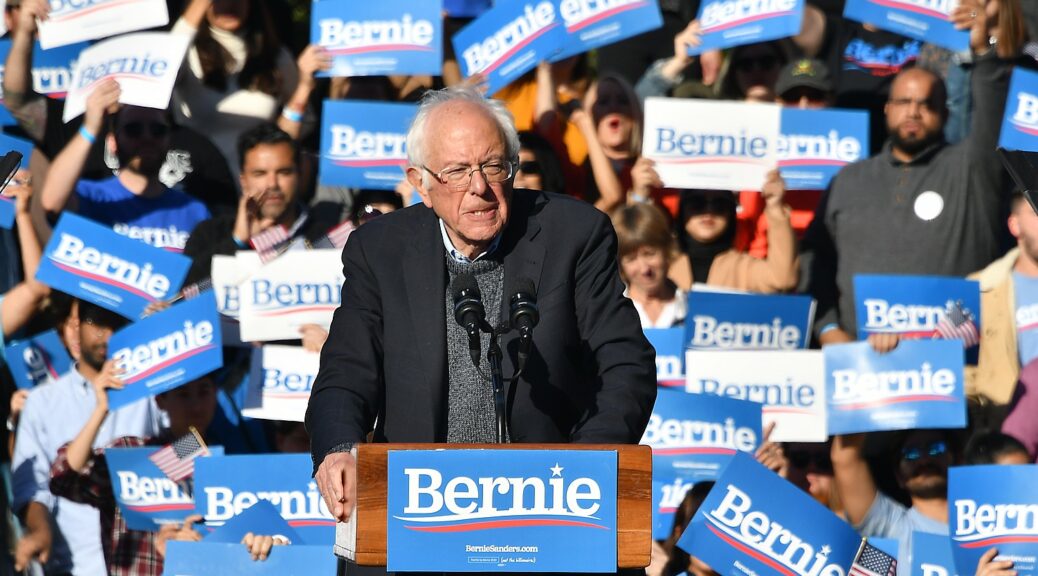 This is from the Sanders campaign:

“As a nation, we have a moral obligation to provide the best quality care to those who put their lives on the line to defend us,” Sanders, who served as Chairman of the Senate Veterans’ Affairs Committee from 2013 to 2015, said. “Just as planes and tanks and guns are a cost of war, so is taking care of the men and women who we sent off to fight the wars. It includes caring for the spouses and children who have to rebuild their lives after the loss of a loved one. It includes caring for the hundreds of thousands of veterans with multiple amputations or loss of eyesight, post-traumatic stress disorder and traumatic brain injury. It includes veterans who are having difficulty keeping jobs in order to pay their bills, and it includes the terrible tragedy of veterans committing suicide. As president, I will do everything that I can to make sure that every veteran gets the benefits that they are entitled to receive on time and without delay. Further, we will not dismantle or privatize the VA. We will expand and improve the VA.”

During Sanders’ time as Chairman of the Senate Veterans’ Affairs Committee, a series of reports revealed that the Veterans Health Administration was failing veterans, leaving many to wait too long for care and putting lives in danger. Sanders worked with Sen. John McCain to successfully negotiate and pass a bill that invested billions into the VA system. The landmark legislation authorized twenty-seven new medical facilities and provided $5 billion to hire more doctors and nurses to care for the surging number of veterans returning from the wars in Iraq and Afghanistan and those veterans from earlier eras in need of more complex care.

The Sanders campaign on Monday also released a new video, “Keeping Our Promise,” which highlights Sanders’ work on that landmark legislation.

Fill the nearly 50,000 vacancies at the VA during your first year in office. Under a Bernie Sanders administration, the VA will hire the doctors, nurses and medical professionals necessary to provide the care that veterans need when they need it.

Provide at least $62 billion in new funding to repair, modernize and rebuild the infrastructure at the VA in order to provide the cutting-edge health care services our veterans have earned and deserve.

Ensure that all those with prior military service in every state and territory have access to the full complement of health care services they need to stay healthy and well.

Improve and simplify the claims process so veterans receive the compensation they have earned quickly, accurately, and without bureaucratic red tape.

Reform harmful VA regulations that restrict access to care and benefits based on character of discharge.

Ensure veterans can use the full complement of benefits through the G.I. Bill without hassle or red tape.

The full plan can be here.