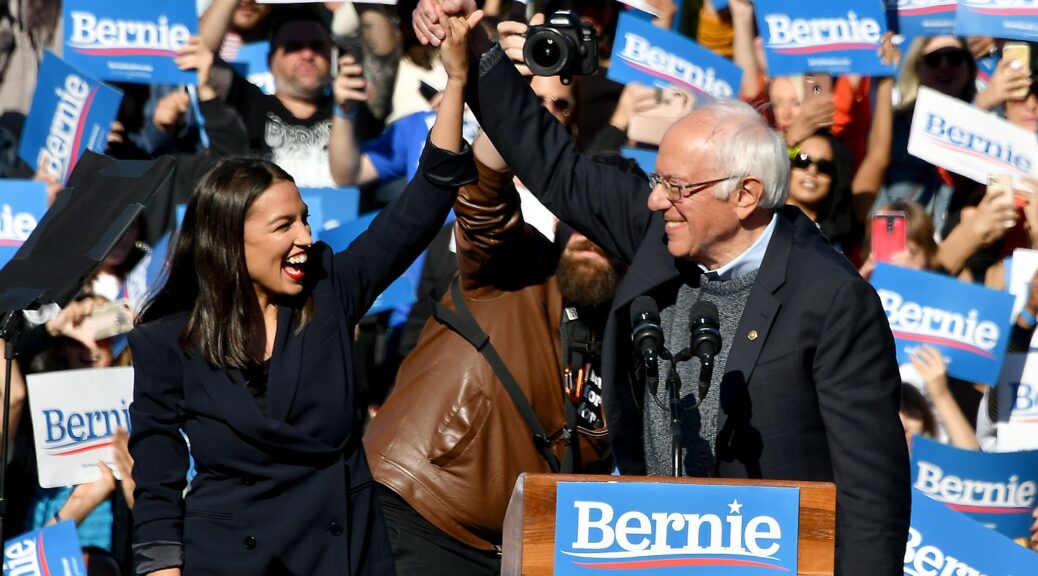 The vigorous contest of Democrats seeking the 2020 presidential nomination has produced excellent policy proposals to address major issues. Senator Bernie Sanders, along with Congresswoman Alexandria Ocasio-Cortez, presented the Green New Deal for Public Housing Act to address the shortage of public housing in a way that also attacks climate change by transitioning to sustainable buildings. Here is the plan from the Sanders campaign:

WASHINGTON – Sen. Bernie Sanders (I-Vt.) and Rep. Alexandria Ocasio-Cortez (D-N.Y.), in an event outside the Capitol Building, announced the introduction of the Green New Deal for Public Housing Act in partnership with public housing residents, affordable housing advocates, and climate change activists. The sweeping legislation they will unveil aims to retrofit, rehabilitate, and decarbonize the entire nation’s public housing stock.

“Faced with the global crisis of climate change, the United States must lead the world in transforming our energy system away from fossil fuel to sustainable energy,” said Sanders. “But let us be clear: as Congresswoman Ocasio-Cortez understands, the Green New Deal is not just about climate change. It is an economic plan to create millions of good-paying jobs, strengthen our infrastructure, and invest in our country’s frontline and vulnerable communities. This bill shows that we can address our climate and affordable housing crises by making public housing a model of efficiency, sustainability and resiliency. Importantly, the working people who have been most impacted by decades of disinvestment in public housing will be empowered to lead this effort and share in the economic prosperity that it generates for our country.”

“Climate change represents both a grave threat and a tremendous opportunity,” said Ocasio-Cortez. “The Green New Deal for Public Housing Act will train and mobilize the workforce to decarbonize the public housing stock and improve the quality of life for all residents. I am proud to begin the hard work of codifying the Green New Deal into law with my friend and colleague, Senator Bernie Sanders.”

About 40 percent of total U.S. energy consumption is attributable to residential and commercial buildings. With its focus on transforming 1 million units of federally owned housing, the Green New Deal for Public Housing Act will spur economies of scale for weatherization, retrofitting, and renewable energy, making them more cost effective and attractive throughout the country. The legislation is expected to create nearly 250,000 good-paying, union jobs per year across the country while reducing carbon emissions on the scale of taking 1.2 million cars off the road over the next ten years. Public housing costs would also be reduced by $97 million per year, or 30 percent, and energy costs would be slashed by $613 million, or 70 percent.

The Green New Deal for Public Housing Act requires that the hundreds of thousands of jobs created by this investment be high-road, family-sustaining jobs by requiring strong labor standards, prevailing wages, and “Buy America” requirements. Public housing residents will lead the decision-making process for these investments and receive jobs training for the newly created jobs from this legislation.

The bill is cosponsored in the Senate by Sen. Jeff Merkley (D-OR), Sen. Elizabeth Warren (D-MA) and endorsed by more than 50 organizations.