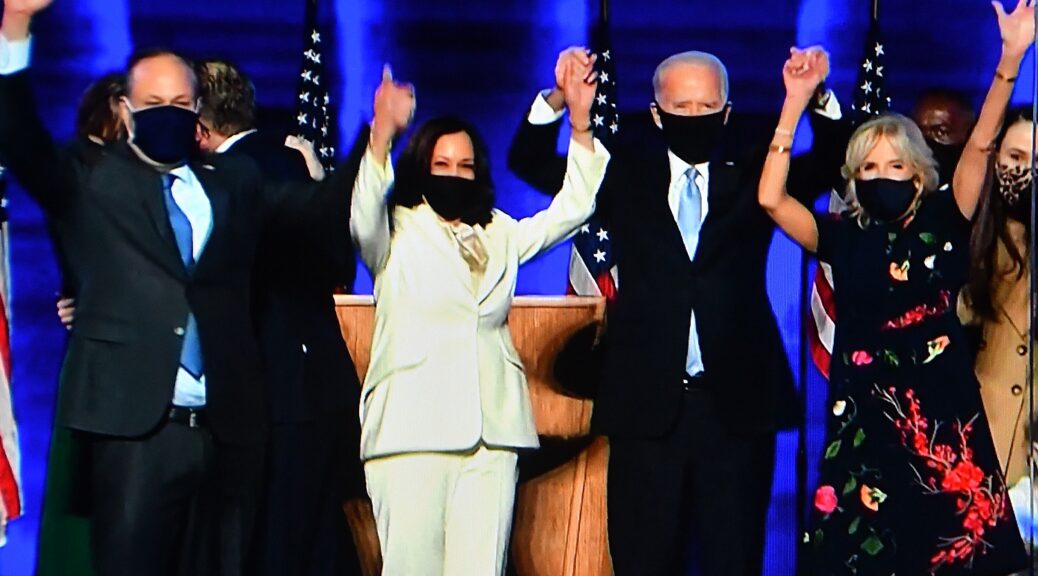 Donald Trump, obscenely obsessive about being in the spotlight, fired Defense Secretary Mark Esper in order to step on reporting of President-Elect Joe Biden’s remarks about actions he is taking to curb the potentially fatal COVID-19 pandemic, even before he takes the helm on January 20, 2021. But his remarks are crucial, and show up Trump for his most cynical failure of a remarkably failed occupation of the Oval Office: failing to develop a national strategy to mitigate the worst of the coronavirus pandemic, and bring Americans onboard in common cause and united purpose to contain the disease which has already infected 10 million and killed 240,000.

As Trump golfed over the weekend and Biden’s election totals hit the magic number of 270 Electoral College votes, there were new records in the number of infections set daily (120,000 a day) and 1,000 people a day dying so that it is forecast by Election Day another 100,000 could be dead under the Trump laissez-faire policy. Tens of thousands of lives could have been, should have been saved with a federal administration that organized PPE, ventilators, hospital beds and health personnel instead of letting states fend and even compete for themselves, and most importantly, if Trump promoted wearing masks, instead of holding super-spreader rallies and events and politicizing and demonizing mask-wearing.

Biden already has struck a dramatically different tone and taken actual actions to address the coronavirus pandemic, starting with giving a frank, science-based and realistic timetable and appointing a task force of experts to develop a plan of action. Even with the progress made toward a vaccine, it will take months before enough people can take the vaccine in order to achieve the “herd immunity” (that won’t come “magically” by washing over the general population and killing six million).

Biden urged Americans to wear a mask. “A mask is not a political statement,” he said. The goal of wearing a mask is to “give something back to all of us: a normal life.”