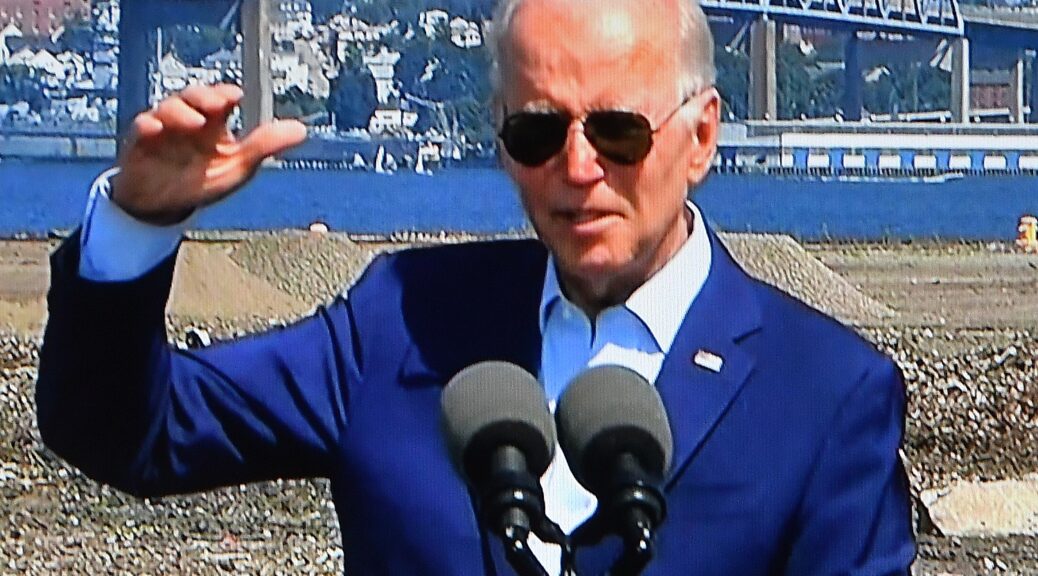 Standing at the site of a former coal-fired power plant in Brayton Point, Massachusetts that is being repurposed as a cable manufacturing facility to support the flourishing offshore wind industry, President Biden reiterated his long-held position that climate change is a clear and present danger to the United States. Since Congress is not acting on this emergency, President Biden is. In the coming weeks, President Biden will announce additional executive actions to combat this emergency.

Biden announced his latest set of executive actions to turn the climate crisis into an opportunity, by creating good-paying jobs in clean energy and lowering costs for families. His actions will protect communities from climate impacts already here, including extreme heat conditions impacting more than 100 million Americans this week, and expand offshore wind opportunities and jobs in the United States.

The transformation of the coal-fired power plant to instead manufacture cable to transmit energy generated by offshore wind is representative of how the President’s leadership is accelerating the nation’s transition away from the pollution, environmental injustice, and volatile price swings of the past toward the good-paying jobs and energy security of the future.

Millions of Americans feel the effects of climate change each year when their roads wash out, power goes down, homes are destroyed by wildfires, or schools get flooded. Last year alone, the United States faced 20 extreme weather and climate related disaster events with losses exceeding $1 billion each – a cumulative price tag of more than $145 billion. People of color and underserved communities are disproportionately vulnerable to the climate crisis and are more likely to experience the negative health and environmental effects of climate-related and extreme weather events. Further, the country’s critical infrastructure is at risk from climate and extreme weather.

President Biden will not back down from addressing this emergency. Since taking office, he has mobilized his entire Administration to tackle the climate crisis and secured historic clean energy and climate resilience investments in his Bipartisan Infrastructure Law. He will continue taking bold action to secure a safe, healthy, clean energy future—all while saving families money, delivering clean air and water, advancing environmental justice, and boosting American manufacturing and competitiveness.

This summer, millions of Americans are navigating the challenges and dangers that come with extreme heat advisories and record-breaking temperatures exceeding 100 degrees Fahrenheit. The climate crisis is making heat waves more intense and frequent, taking a toll on health across the country—sending tens of thousands of Americans to the emergency room, increasing risks of heart and respiratory problems, and especially endangering our workers, children, seniors, historically underserved and overburdened communities, and people with underlying health conditions.

To respond, last year the Biden-Harris Administration launched a broad set of new initiatives to  advance workplace safety, build local resilience, and address the disproportionate impacts of extreme heat. Today, the Administration is announcing additional steps and progress on:

To further expand these opportunities, today President Biden is:

These actions follow the President’s announcement last month of a new Federal-State Offshore Wind Implementation Partnership, joining with Governors to ensure that federal and state officials are working together to build a U.S.-based supply chain, including manufacturing and shipbuilding, for the rapidly-growing offshore wind industry.