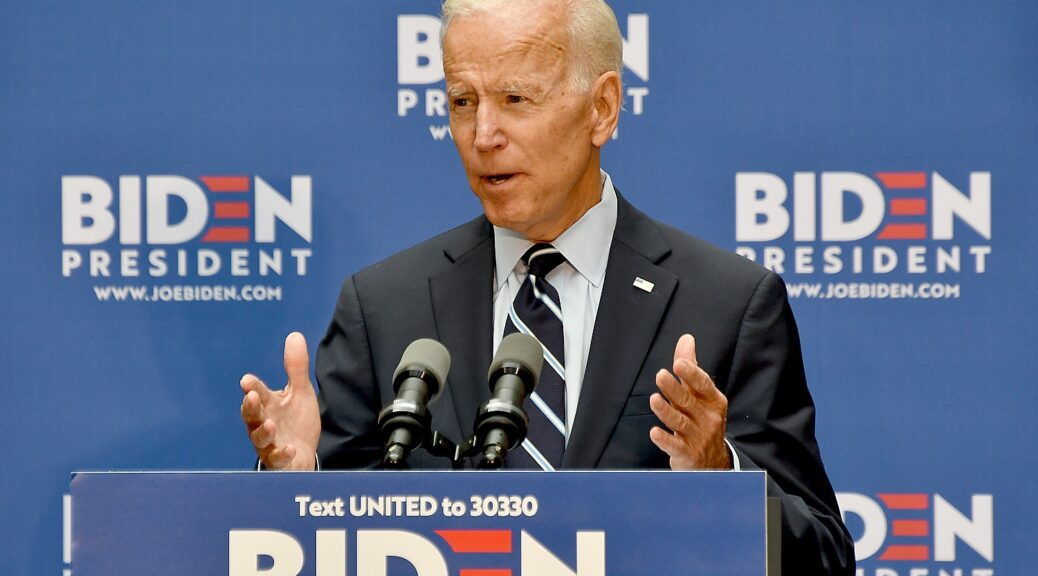 Vice President Joe Biden, the presumptive Democratic candidate for president, presented a 9-point plan for a Clean Energy Revolution, in stark contrast to Trump’s efforts to roll back climate actions and reignite oil, gas, coal industries over clean, renewable energy. This is from the Biden campaign:

President Trump has spent his presidency ignoring the experts and scientists, reversing the Obama-Biden Administration’s efforts to address climate change, abandoning communities and workers, and blocking states and cities trying to lead— going backwards, all while we should have been doing even more.

On the first day of Biden’s Administration, according to the Intergovernmental Panel on Climate Change, there will only be 9 years left to stop the worst consequences of climate change. Biden will act on climate immediately and ambitiously, because there’s no time to waste.

Here are 9 key elements of Joe Biden’s plan for a Clean Energy Revolution and Environmental Justice:

1) Take executive action on Day 1 to not just reverse all of the damage Trump has done, but go further and faster. Day 1 of the Biden Administration is going to be very busy! To immediately make progress on his climate agenda, Biden will take actions including requiring aggressive methane pollution limits for new and existing oil and gas operations; developing rigorous new fuel economy standards aimed at ensuring 100% of new sales for light- and medium-duty vehicles will be zero emissions and annual improvements for heavy duty vehicles; protecting America’s natural treasures by permanently protecting the Arctic National Wildlife Refuge and other areas impacted by President Trump’s attack on federal lands and waters; and banning new oil and gas leasing on public lands and waters.

2) Work with Congress to enact in 2021, President Biden’s first year in office, legislation that, by the end of his first term, puts us on an irreversible path to achieve economy-wide net-zero emissions no later than 2050. The legislation must require polluters to bear the full cost of the carbon pollution they are emitting.

3) Rally the world to urgent and additional action. We know we cannot solve this emergency on our own: the United States accounts for only 15% of global emissions. On Day 1, Biden will rejoin the Paris Climate Agreement. But we must go further. In his first 100 days in office, Biden will convene a climate world summit to directly engage the leaders of the major greenhouse gas-emitting nations of the world to persuade them to join the United States in making more ambitious national pledges, above and beyond the commitments they have already made. Biden will not allow other nations, including China, to game the system by becoming destination economies for polluters, undermining our climate efforts and exploiting American workers and businesses.

5) Accelerate the deployment of clean technology throughout our economy. Creating the best, most innovative clean technology in the world is not enough. We also need to make sure it is used by households and industry in order to achieve aggressive emissions reductions. Biden will set a target of reducing the carbon footprint of the U.S. building stock 50% by 2035, creating incentives for deep retrofits that combine appliance electrification, efficiency, and on-site clean power generation. He will work with our nation’s governors and mayors to support the deployment of more than 500,000 new public charging outlets by the end of 2030. And, Biden will ensure our agricultural sector is the first in the world to achieve net-zero emissions, and that our farmers earn income as we meet this milestone.

7) Hold polluters accountable. On Day 1, Biden will require public companies to disclose climate-related financial risks and the greenhouse gas emissions in their operations and supply chains. In his first year, he’ll work to enact legislation requiring polluters to bear the full cost of their climate pollution. But that’s not all: Biden will direct his EPA and Justice Department to pursue these cases to the fullest extent permitted by law and, when needed, seek additional legislation to hold corporate executives personally accountable – including jail time when merited. Allowing corporations to continue to pollute – affecting the health and safety of both their workers and surrounding communities – without consequences perpetuates an egregious abuse of power. These companies must be accountable to the American people, the communities where they operate, and the workers they employ.

8) Create 10 million good-paying, middle-class, union jobs. Every federal dollar spent on rebuilding our infrastructure during the Biden Administration will be used to prevent, reduce, and withstand the impacts of this climate crisis. American workers should build American infrastructure and manufacture all the materials that go into it, and all of these workers must have the option to join a union and collectively bargain. Biden will ensure his infrastructure legislation incorporates labor provisions so federal investments create millions of middle-class jobs, benefiting workers across industries.

9) Fulfill our obligation to the communities and workers that have risked their lives to produce fossil fuels that made it possible for America to win world wars and become an industrial power. Biden will stand with communities and workers impacted by the changing energy market, including by increasing coal companies’ payments into the black lung benefits program, reforming the black lung benefits system so it is no longer rigged in favor of coal companies who can hire lawyers and doctors to ensure miners’ benefits are denied, expanding efforts to help miners detect black lung cases earlier and access care, and enforcing regulations to reduce cases of black lung in the first place. Biden will also establish a task force to help these communities access federal investments and leverage private sector investments to help create high-paying union jobs based upon the unique assets of each community, partner with unions and community colleges to create training opportunities for these new jobs, repair infrastructure, keep public employees like firefighters and teachers on the payroll, and keep local hospitals open.