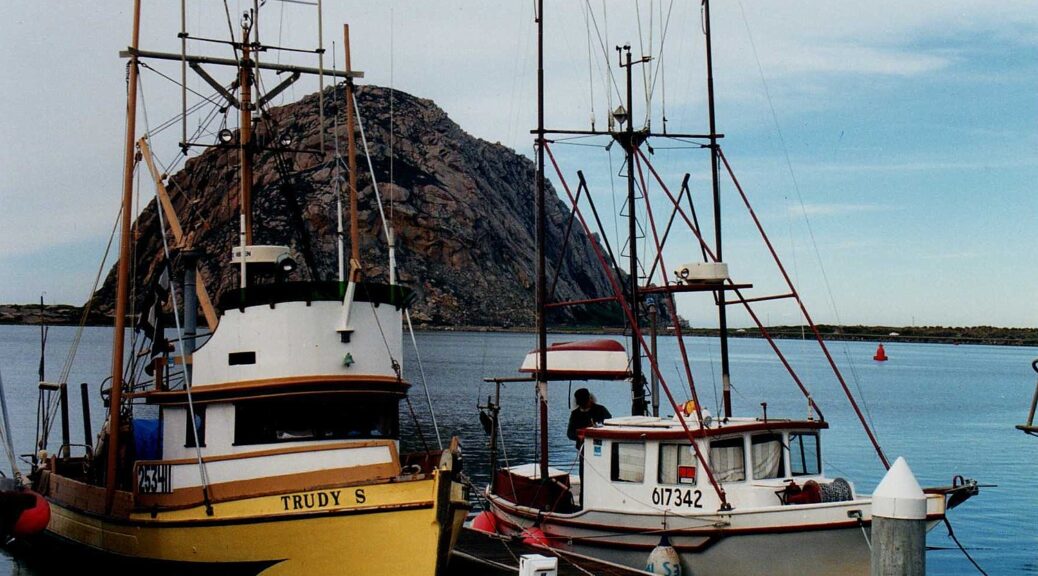 California will soon be a leading player in America’s transition to a clean, green energy economy. Secretary of the Interior Deb Haaland, National Climate Advisor Gina McCarthy, Under Secretary of Defense for Policy Dr. Colin Kahl, and California Governor Gavin Newsom announced an agreement to advance areas for offshore wind off the northern and central coasts of California. This significant milestone is part of the Biden-Harris administration’s goal to create thousands of jobs through the deployment of 30 gigawatts (GW) of offshore wind by 2030. These initial areas for offshore wind development could bring up to 4.6 GW of clean energy to the grid, enough to power 1.6 million homes.

The Department of the Interior, in cooperation with the Department of Defense and the State of California, has identified an area (“the Morro Bay 399 Area”) that will support 3 gigawatts of offshore wind on roughly 399 square miles off California’s central coast region, northwest of Morro Bay. The Department of the Interior is also advancing the Humboldt Call Area as a potential Wind Energy Area (WEA), located off northern California. These identified areas will enable the build out of a significant new domestic clean energy resource over the next decade or more.

“I believe that a clean energy future is within our grasp in the United States, but it will take all of us and the best-available science to make it happen. Today’s announcement reflects months of active engagement and dedication between partners who are committed to advancing a clean energy future,” said Secretary of the Interior Deb Haaland. “The offshore wind industry has the potential to create tens of thousands of good-paying union jobs across the nation, while combating the negative effects of climate change. Interior is proud to be part of an all-of-government approach toward the Biden-Harris administration’s ambitious renewable energy goals.”

Because the outer continental shelf falls away much more quickly into much deeper waters in the Pacific than it does in the Atlantic Ocean, new floating offshore wind technology will be deployed in offshore California waters. Notably, and as a further demonstration of the Biden administration’s whole-of-government approach to clean energy development, the. Department of Energy, through its Office of Energy Efficiency and Renewable Energy and ARPA-E, has invested more than $100 million in researching, developing, and demonstrating floating offshore wind technology. These investments have helped position the United States as a leader in the emerging global floating offshore wind market.

Today’s announcement comes after the Biden Administration announced a set of bold actions to catalyze offshore wind energy as part of the President’s commitment to building new American infrastructure and a clean energy future that creates good-paying, union jobs. And, it follows the Administration’s approval of the first major offshore wind project in U.S waters advancing the construction and operation of the Vineyard Wind project in Massachusetts.

“Today’s announcement again demonstrates that by taking a whole-of-government approach, the U.S. can smartly develop our nation’s world-class offshore wind energy resources, deploy new technologies that our government has helped to advance, and create thousands of good-paying, union jobs – all in the service of combating the climate crisis,” stated National Climate Advisor Gina McCarthy. “I salute the Departments of the Interior, Defense, and Energy, and our partners in California, for all they have done to make this possible.”

In addition to contributing to the goals of the Biden-Harris administration, the development of offshore wind can help California reach its goal of carbon free energy by 2045, create good-paying, union jobs, and foster investments in coastal communities.

Offshore wind resources are typically stronger and more consistent than land-based wind and is especially strong in the evening hours when solar production drops off, ensuring that it can make an important contribution to California’s electric grid.

“Developing offshore wind to produce clean, renewable energy could be a game changer to achieving California’s clean energy goals and addressing climate change – all while bolstering the economy and creating new jobs,” Governor Gavin Newsom said. “This historic announcement, which could provide clean power for up to 1.6 million homes over the next decade, represents the innovative approach we need for a clean energy economy that protects the coasts, fisheries, marine life, and Tribal and cultural resources we value so much as Californians.”

BOEM, in partnership with California, will hold an Intergovernmental Renewable Energy Task Force meeting on June 24 to discuss the identified areas off the north and central coasts as potential WEAs. Following the task force meeting, the WEAs can be finalized and will undergo environmental analysis; BOEM will also undertake government-to-government tribal consultation. The processes for the northern and central coasts will then be merged in a Proposed Sale Notice (PSN) for one lease sale auction, targeted for mid-2022.

Today’s announcement comes after years of collaboration between the Departments of the Interior and Defense to find areas offshore the central coast of California that are compatible with the Department of Defense’s training and testing operations. The Bureau of Ocean Energy Management (BOEM) issued a Call for Information and Nominations for offshore wind on October 19, 2018, for three areas off the central and northern coasts, including Humboldt and Morro Bay.

More information on offshore wind development is available at: https://www.doi.gov/priorities/cleanenergy-future.