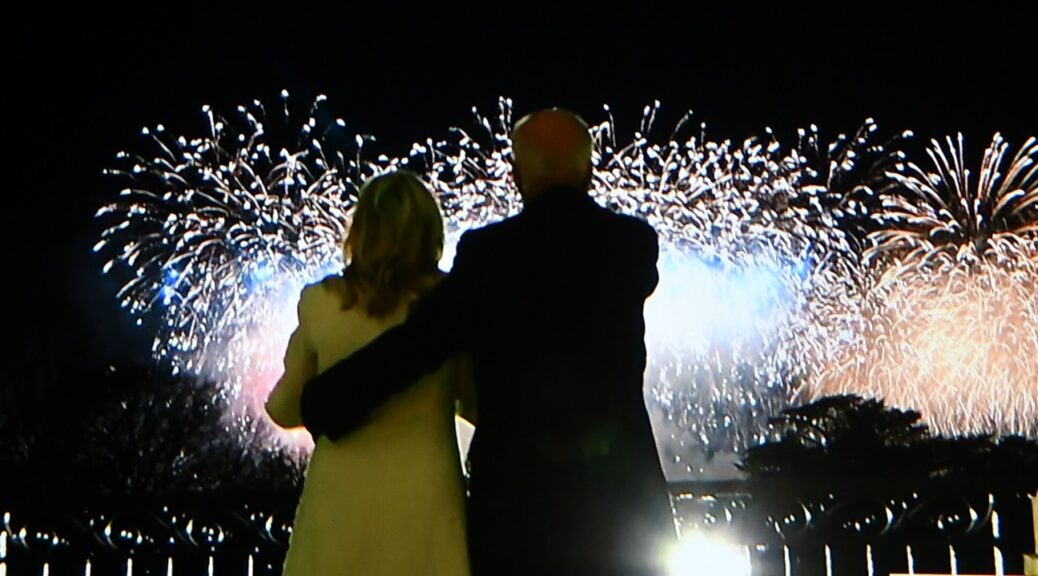 WASHINGTON — Instead of traditional inaugural balls, the historic Inauguration of President Joe Biden and Vice President Kamala Harris featured a dazzling “Celebrating America” primetime special hosted by Tom Hanks on January 20 from 8:30-10:00 p.m. ET/PT that showcased the American people’s resilience, heroism and unified commitment to coming together as a nation to heal and rebuild.

The capstone prime-time program celebrating the beginning of a new national journey toward an America united, featured remarks from President-elect Biden and Vice President-elect Harris and included remarks, performances that represent the rich diversity and extensive talent America offers, and the American heroes who are helping their fellow Americans through this crisis.

Some of the American heroes who were featured include:

Anthony Gaskin of Virginia is a UPS driver who was celebrated by a neighborhood along his route for his hard work and dedication during the pandemic.

Cavanaugh Bell, 8, of Maryland made care packages for elderly people, started a pantry with food and essential supplies in his community, and delivered a truck full of supplies to the Pine Ridge Reservation in South Dakota.

Mackenzie Adams of Washington state is a kindergarten teacher at Glenwood Elementary School who went viral for videos of her energetic remote lessons.

Sarah Fuller of Texas is the first woman to play and score in a Power Five college football team. In addition to playing on the Vanderbilt University football team, Fuller helped lead Vanderbilt’s women’s soccer team to an SEC championship.

Morgan Marsh-McGlone, 8, of Wisconsin started a virtual lemonade stand that has raised over $50,000 to feed food insecure families after learning that some kids who used to get meals in school were going hungry because of COVID-19.

Sandra Lindsay of New York is a director of critical care at Northwell Health in New York and is the first American to receive a COVID-19 vaccine outside of a clinical trial. The program will be carried live by ABC, CBS, CNN, NBC, MSNBC, and PBS. It will be streamed live at https://BidenInaugural.org/watch and on PIC social media channels: YouTube, Facebook, Twitter, and Twitch. The PIC’s streaming partners, including Amazon Prime Video, Microsoft Bing, NewsNOW from Fox, and AT&T U-verse (Channel 212/1212 in SD/HD) and DIRECTV (Channel 201).

Over the course of five days of programming, “America United” activities honored traditions while safely allowing more Americans than ever before to participate from their own homes. These activities included “United We Serve,” a National Day of Service on January 18, Martin Luther King Jr. Day; a nationwide COVID-19 Memorial to Lives Lost on January 19; and the official Inaugural Ceremonies, a wreath laying on Arlington National Cemetery, and a “Parade Across America” on January 20. The events culminated with the “Celebrating America” program. The Presidential Inaugural Committee also installed an extensive public art display, a “Field of Flags,” which covered the National Mall up to 13th Street with 200,000 flags, to represent the American people who are unable to travel to Washington, DC.