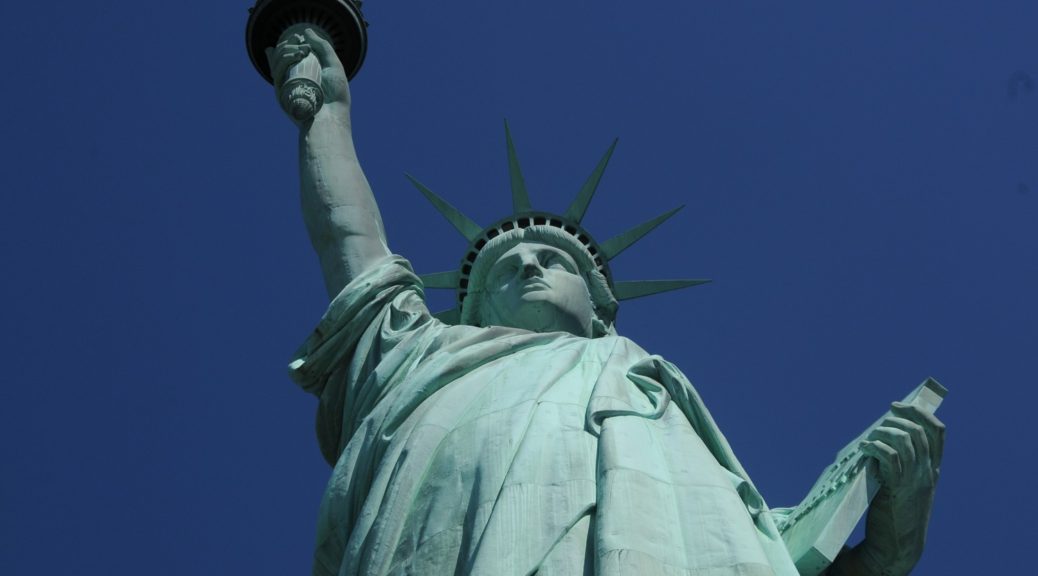 Governor Andrew M. Cuomo announced New York State intends to file a multi-agency lawsuit against the Trump Administration on the grounds that the federal government is violating the Constitutional rights of thousands of immigrant children and their parents who have been separated at the border. We now know of more than 70 children who are staying in federal shelters in New York State and that number is expected to increase as other facilities are contacted. The Governor is directing the Office of Temporary and Disability Assistance, the Department of Health and the Office of Children and Family Services to commence legal action against the federal government’s “Separation of Families” policy. Following the callous and inhumane treatment of immigrant families at the border, New York is suing to protect the health and well-being of children being held at least 10 different facilities across the state including some on Long Island, and at others throughout the nation.

“The Trump Administration’s policy to tear apart families is a moral failing and a human tragedy,” Governor Cuomo said. “We will not tolerate the Constitutional rights of children and their parents being violated by our federal government.  New York will act and file suit to end this callous and deliberate attack on immigrant communities, and end this heartless policy once and for all.”

The Governor announced that New York plans to sue the federal government for:

Violating the Constitutional Rights of Children and Families

Parents are being separated from their children at the border as a result of the Trump Administration’s new “zero tolerance” prosecution of the minor federal offense of improper entry into the country. In prior administrations, families who appeared with children at the border would be processed together and released with a date to appear in court. Now, parents, many of whom are seeking to protect their children and families from gang violence, are being systematically detained, separated from their children, and, in some cases, deported with no meaningful opportunity to participate in making decisions concerning the care and custody of their children. Yet these parents are still afforded rights under the United States Constitution to familial integrity and to decide to exercise their parental rights in New York State.

The 1997 Flores Settlement Agreement set national standards regarding the detention, release, and treatment of all children in immigration detention and prioritizes the principle of family unity. It requires that juvenile immigrant detainees be released from custody without unnecessary delay, or when no appropriate placement is available, be held in the least restrictive setting appropriate to age and special needs. The Flores Settlement explicitly requires family reunification with a clear preference for custody by a parent, which supports New York’s call for ending the “zero tolerance” policy.

Callous Policies Based on the Outrageous Government Conduct Doctrine

The Supreme Court has asserted that “it may someday be presented with a situation in which the conduct of law enforcement agents is so outrageous that due process principles would absolutely bar the government from invoking judicial processes to obtain a conviction.” Clearly that day has come. New York State will challenge the federal government’s zero-tolerance policy which leads to the unnecessary and inhumane separation of families and detention of children and which serves no legitimate national security or public safety purpose.

Governor Cuomo issued an open letter to Vice President Mike Pence condemning the “zero-tolerance” policy and urging the federal government to end the mistreatment of immigrant families at the border.

The Governor’s call for legal action builds on the launch of new initiatives and increased services and support for New Americans across New York. In January, the Governor announced actions to protect thousands of immigrants from President Trump’s decision to end Temporary Protected Status for Salvadorans, Haitians and Nicaraguans, including directing the Department of State to increase resources available to communities across New York.

On June 8, the Governor issued a letter to Department of Homeland Security Acting Inspector General John Kelly calling for an investigation into the conduct of Immigration and Customs Enforcement agents, and on Sunday, June 17, the Governor again called on the Department of Homeland Security to investigate the treatment of immigrant families at the border. On Monday, June 18 the Governor declared that New York State will not deploy National Guard to the border and will not support the federal government’s inhumane treatment of immigrant families.

This latest call for action builds on the comprehensive efforts of this administration to protect the rights of immigrants, including the Liberty Defense Project, created by Governor Cuomo in 2017. The LDP was established in response to hostile federal policies and is the nation’s first state-led project to assist immigrants – regardless of status – in obtaining access to legal services and process. The Liberty Defense Project provides essential legal services on deportation defense, direct representation, consultations, application assistance, and more. The public-private partnership is administered by the Office for New Americans and run in partnership with law firms, legal associations, advocacy organizations, colleges, universities, and bar associations across the state.

Since July 2017, the Liberty Defense Project has provided more than 10,000 free and confidential services to individuals needing legal assistance through its network of 47 community-based groups.

Eligible immigrants may register and enter a lottery for a voucher to cover the $725 naturalization application fee. Applicants may apply online at NaturalizeNY.org, via the New Americans Hotline at 800-566-7636 or by visiting an ONA Opportunity Center. The registration period began May 1 and has been extended from its original June 15 end date to July 3, 2018.

Since Governor Cuomo established the Office of New Americans in 2013, more than 200,000 New Americans have received help navigating the naturalization process, starting and growing their own businesses, learning English, and becoming part of New York’s diverse cultural fabric. Of these:

In addition to providing free, direct assistance to individuals, the Office for New Americans has conducted more than 6,000 seminars and meetings to educate New Yorkers on how to apply for a passport, how to apply for college, what to do if/when immigration officers come to their homes, and what avenues are available for victims of domestic violence.

“And clearly that day has come. We’ve had a number of experiences with ICE in this state where I believe they have been turned into a political police apparatus. We had a situation in Rome, New York on April [18] where they trampled an immigrant’s rights without a warrant. Went onto a farm, grabbed a worker, left. Unidentified. Never showed the farmer a piece of paper. They just trampled the immigrant’s rights as they trampled the farmer’s field. We’re involved in a situation now that happened on June [1] where they detained Pablo Villavicencio, who was a pizza delivery person delivering pizza in Brooklyn, married, two children, in New York, and he has been detained. They moved to deport him immediately. We intervened through what we call our Liberty Defense Project. We provided counsel and we put that off, but it’s just another example of the overzealous activity of ICE in pursuing the President’s political mandate. The separation between police powers and political wishes is sacrosanct in this country, and I think that’s being violated.

“Why the federal government would want to be in a position to stop a state from offering mental health services, support services, for young children suffering trauma just adds further insult to further injury.

“We’re going to sue through a multi-agency coalition, the Office of Temporary and Disability Assistance, what we call OTDA, the Department of Health, and the Office of Children and Family Services on the grounds that I mentioned earlier. So politics aside, philosophy aside, children have legal rights. Parents have legal rights. That’s established firmly in the federal and state constitutions and in case law. They have fundamental rights. They apply whether they’re documented, undocumented, short, tall, Mexican, seeking asylum, or not seeking asylum. Those fundamental rights apply and we believe they’ve been violated.”