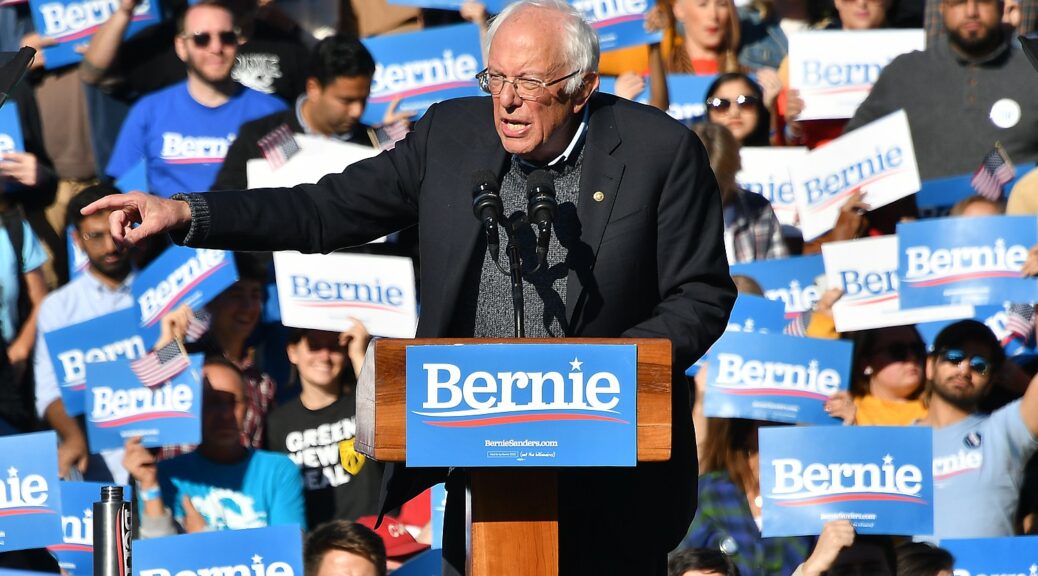 The vigorous contest of Democrats seeking the 2020 presidential nomination has produced excellent policy proposals to address major issues. Senator Bernie Sanders, long a crusader to end corporate influence and corruption in the political system, unveiled his “Money Out of Politics” Plan. He has expanded upon it to detail how he would end corporate greed and corruption, ensure corporations pay their fair share of taxes and give workers an ownership stake in companies where they work, end corrupt corporate mergers and break up monopolies. This is from the Sanders campaign:

WASHINGTON – Sen. Bernie Sanders unveiled a plan to end corporate greed and corruption, ensure corporations pay their fair share of taxes, give workers an ownership stake in the companies where they work, end corrupt corporate mergers and break up monopolies.

“For more than 40 years, the largest and most profitable corporations in America have rigged the tax code and our economy to redistribute wealth and income to the richest and most powerful people in this country,” said Sen. Sanders.  “The American people are saying enough is enough. They are sick and tired of companies like Amazon, General Motors and Chevron making billions in profits, but paying nothing in federal income taxes.  Under this plan, we will demand that profitable corporations pay their fair share of taxes.  We will give workers an ownership stake in the companies they work for.  And we will start breaking up some of the largest and most powerful companies in America to lower prices for consumers, help small business and make markets competitive.”

Bernie’s plan, the boldest and most comprehensive corporate accountability plan in modern presidential history, would bring an end to the era of unchecked corporate greed and return power to American workers.

As President Bernie would:

Give workers 20 percent of shares in their companies and 45 percent of the seats on their corporate boards.

Ensure all workers and savers have the right to vote the shares they own.

Give workers the right to purchase factories or offices they are employed in from companies that decide to put them up for sale or shut them down.

Establish a U.S. Employee Ownership Bank to provide low-cost financing to employees who want to start their own businesses.

Require companies to provide shares of stock to workers who lose their jobs as a result of outsourcing or automation.

Ban mandatory arbitration clauses and non-compete clauses that trap workers in low-wage jobs and strip them of their legal rights.

Ensure that corporations pay 35% by eliminating virtually all corporate tax breaks and loopholes.

Eliminate the use of offshore tax havens by:

Requiring corporations with revenues over $25 million to publicly disclose significant portions of their tax returns and country by country financial information including earnings, financial accounts, and tax payments in other countries.

If this plan had been in effect last year, instead of paying nothing in federal income taxes:

Amazon would have paid up to $3.8 billion in taxes.

Delta would have paid up to $1.8 billion in taxes.

Chevron would have paid up to $1.6 billion in taxes.

GM would have paid up to $1.5 billion in taxes.

The top ten percent of Americans today own an estimated 97 percent of all capital income,  including capital gains, corporate dividends, and interest payments. Since the 2008 Wall Street crash, 49 percent of all new income generated in America has gone to the top one percent. The three wealthiest people in our country now own more wealth than the bottom 160 million Americans.  And the richest family in America – the Walton family, which inherited about half of Walmart’s stock – is worth $200 billion and owns more wealth than the bottom 42 percent of the American people.

The full plan can be read here.