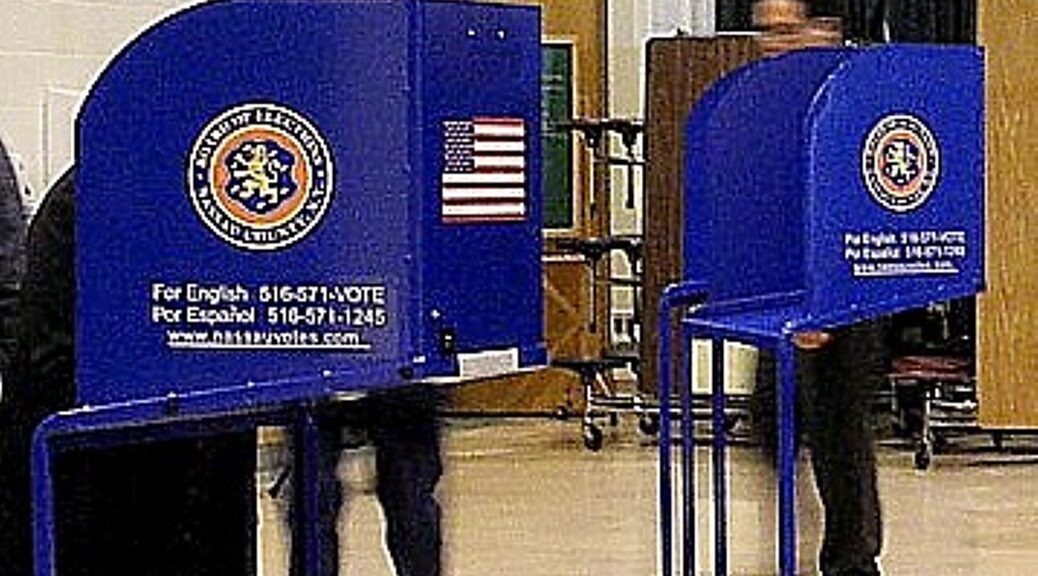 WASHINGTON, October  18 – Senate Democrats today released a report summarizing for the American people what to expect on Election Day, which may well mean in this unprecedented Election Year, not to expect a result on Election Night, They reinforced the Democrats’ call to encourage everyone to vote and to insure that every vote is counted, and is aimed at countering the months-long effort by President Trump to undermine the election and his repeated refusal to commit to a peaceful transfer of power. With the general election already well underway in every state across the country, Senate Democrats have a clear message for the American people: Vote and cast your ballot as early as possible.

The last message from the report is to make absolutely clear that voter intimidation is illegal and that federal law prohibits coercing or threatening anyone in order to interfere with their right to vote.

“The American people must be prepared for an election that is unprecedented in our history due to the enormous increase in mail-in ballots that have been, and will be, cast as a result of the pandemic,” said Senator Sanders. No one should have to risk their health or their lives in order to vote, and that is why many millions are voting through mail-in ballots. One of the worst lies that Donald Trump is spreading is that there is a massive amount of voter fraud in this country. That is a total lie which no election official, Republican or Democrat, can support. What we are doing with this effort is ensuring that the American people understand that if American democracy means anything, it means that every vote must be counted—no matter how long it takes.”

“President Trump has for months now been laying the foundation to undermine the election and he has repeatedly refused to commit to a peaceful transfer of power if he loses. Senate Democrats want to be clear to the American people that the most powerful defense against this type of autocratic behavior in our country is the will of the American people and that is why we are encouraging every American to vote and vote early,” said Leader Schumer.

“The election is well underway, and Americans are voting in droves because they know what is at stake. We must do everything we can to protect the right to vote, and uphold the integrity of the election process. That means pushing back on President Trump’s lies about mail-in ballots and his efforts to sow chaos. It also means making sure that Americans know that a record number of people are voting by mail this year, which could slow the reporting in some states. We should be prepared to reject misinformation and be patient about results in places where counting ballots may take longer. Americans should keep making their voices heard at the ballot box, the earlier the better,” said Senator Klobuchar.

“Despite what Donald Trump wants you to believe, the integrity of our election system is strong,” said Senator Murphy. Every American must vote—and vote early—in  the upcoming presidential election, so we can make it clear to Trump and the world that America remains a democracy, the will of the people will always win out, and that any form of voter intimidation is illegal and will not be tolerated.”

“President Trump’s dangerous rhetoric threatens to further divide our country and sow real potential for violence.  The most important thing each of us can do to combat disinformation and fear is to vote and vote early. There is little doubt that this is the most important election we will participate in in our lives. Our elections are the foundation of American democracy. Protecting them should be the top priority for everyone who cares about the future of our country. Election officials, courts, and elected leaders must be accountable for upholding that principle,” said Senator Heinrich.

“Despite Donald Trump’s lies and misinformation about nonexistent widespread voter fraud, the integrity of the American election system—our entire election process from voting by mail to voting in person—is strong. If voting by mail is safe and effective for our troops overseas and good enough for Trump and his family to use, then it’s safe, effective and good enough for the rest of America too,” said Senator Duckworth. No matter what Trump says—or even what he might prefer—Senate Democrats will never allow the greatest democracy the world has ever known to descend into authoritarianism. We will always be a government of, by and for the people.”

A copy of the report can be found here .