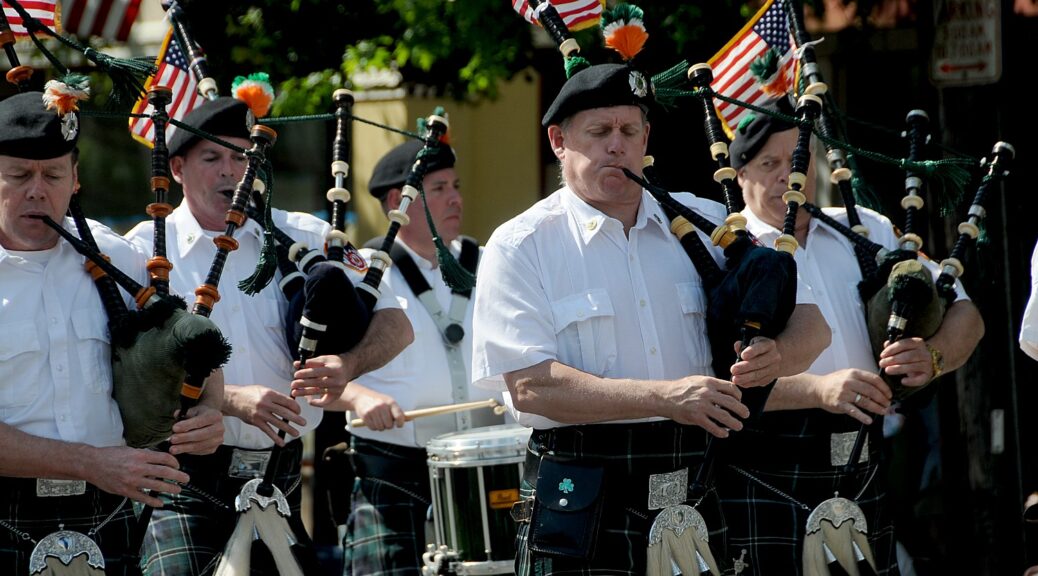 WASHINGTON — The Biden-Harris Inauguration will feature a virtual “Parade Across America” on January 20 at 3:15 PM ET with diverse, dynamic performances in communities in all 56 states and territories, to celebrate America’s heroes, and highlight the diversity, heritage, and resilience of the country.

“As a nation, we are strengthened by our respect for one another. By lifting up voices from all walks of life, in every corner of our country, we want the first moments of the Biden-Harris Administration to be a celebration of an inclusive, resilient united America,” said PIC CEO and President of Delaware State University, Tony Allen.

Following the Inaugural Ceremonies and a visit to the Arlington National Cemetery, President-elect Biden and Vice President-elect Harris will receive a Presidential Escort from 15th Street to the White House. In addition to the drumlines, the escort will include representatives of every branch of the military, including the U.S. Army Band, a Joint Service Honor Guard, and the Commander-in-Chief’s Guard and Fife and Drum Corps from the 3rd U.S. Infantry “The Old Guard.”

The parade will be hosted by actor, director, and producer Tony Goldwyn and feature well-known performers and athletes, including:

New Radicals, who will reunite for the first time in 22 years

The parade will include the United States Coast Guard Band and the U.S. Marine Corps Silent Drill Platoon. It will also feature a Dance Across America, led by director and choreographer Kenny Ortega. The segment will include 275 participants in 30 states and two territories. Additionally, the Ryan Martin Foundation, a wheelchair basketball program, will join the parade.

In addition, the parade will feature heroes in communities across the country, including:

Dr. Jason Campbell, the “TikTok Doc,” is a resident in the Department of Anesthesiology in Portland, Oregon. He uses the platform to entertain to lift spirits during the COVID-19 pandemic and connect with young people.

Cathy Cluck is an AP U.S. History teacher at Westlake High School in Austin, Texas. To teach her students during virtual learning, Cathy went on a 15 day road trip to virtually teach history from the places where it happened, highlighting our theme of “Across America” by living it.

Mama Mikki Stevens is an 80-year old performer from Coeur d’Alene, Idaho, who leads a community-service oriented, musical/comedy performance organization Red Hot Mamas. They have performed in two inaugural parades and three Macy’s Thanksgiving Day Parades. Since the pandemic hit, they have performed in assisted living and retirement home parking lots – parading around the buildings so all the quarantined residents could see the performance.

Jason Zgonc is a 12-year old trumpeter from Atlanta, Georgia who played all summer during hospital workers’ break times to cheer them up. Jason’s piece ends with him in a virtual duet with Ethan Bensdorf, the New York Philharmonic trumpeter who inspired him to do this.

The parade will also feature performers and speakers in communities across the country:

The event will be livestreamed at https://BidenInaugural.org/watch starting at 3:15 PM ET on January 20 and on the PIC’s social media platforms including YouTube, Facebook, Twitter, and Twitch. The PIC’s streaming partners, including Amazon Prime Video, Microsoft Bing, NewsNOW from Fox, and AT&T U-verse (Channel 212/1212 in SD/HD) and DIRECTV (Channel 201), will also carry the program live.

Over the course of five days of programming, “America United” activities will honor inaugural traditions while safely allowing more Americans than ever before to participate from their own homes. These activities include, “United We Serve,” a National Day of Service on January 18, Martin Luther King Jr. Day; a nationwide COVID-19 Memorial to Lives Lost on January 19; and the official Inaugural Ceremonies, a wreath laying on Arlington National Cemetery, and a “Parade Across America,” and a “Celebrating America” primetime program on January 20. The PIC will also install an extensive public art display — a “Field of Flags,” which will cover the National Mall up to 13th Street — to represent the American people who are unable to travel to Washington, DC.

For the latest updates on inaugural programming and activities, visit bideninaugural.org.