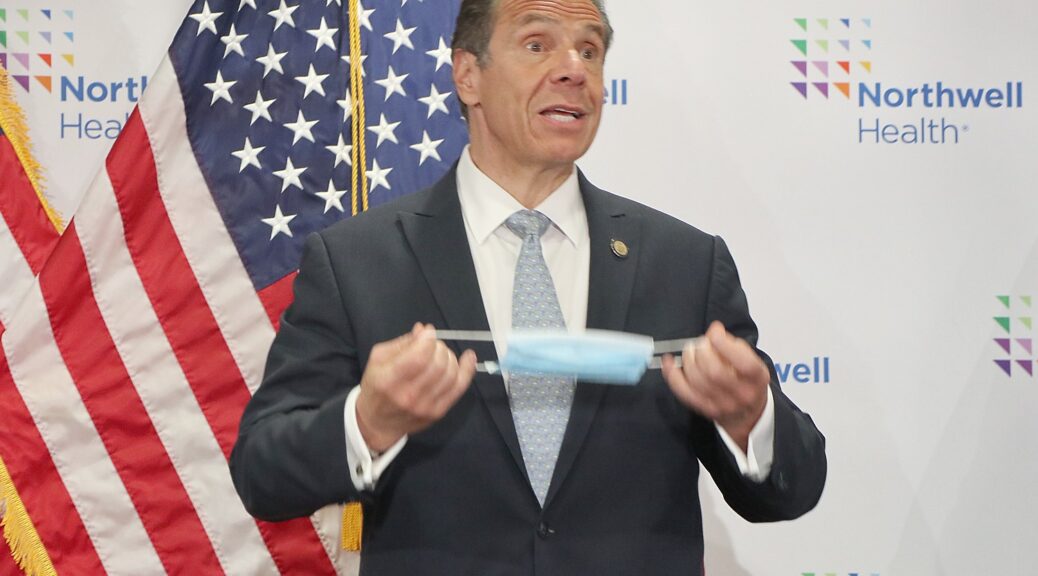 Amidst the scandal swirling around New York State Governor Andrew Cuomo concerning statistics on nursing home residents who died of COVID-19 that has prompted an independent investigation by the New York Attorney General Leticia James and by the FBI, and led to the New York Legislature stripping the governor of his emergency public health authority, Beth Garvey, special counsel to the Governor released a synopsis of public statements which reiterated that deaths were counted in the facility where individuals died. Here is her statement:

“It has been reported that this administration did not disclose the fact that additional data existed regarding out of facility deaths. To be clear, multiple times during the time the July 6 DOH report was being developed, public statements were made during the daily briefings and in the press regarding the existence of the data, but noting that the deaths were being counted in the facility where individuals died.  There were repeated public statements acknowledging the out of facility deaths were not being listed as a subset of nursing home deaths stemming from concerns related to potential for double counting and consistency and accuracy.

COVID Taskforce members, including Melissa DeRosa, Linda Lacewell, and Jim Malatras, were involved in reviewing the draft report — none of them changed any of the fatality numbers or “altered” the fatality data.  After asking DOH questions as to the source of the previously unpublished data — to which there were not clear or complete answers  — and probing to determine whether it was relevant to the outcome of the report, a decision was made to use the data set that was reported by the place of death with firsthand knowledge of the circumstances, which gave a higher degree of comfort in its accuracy.  The Chamber concluded that given the uncertainty of one data set that had not been verified, it did not need to be included, because it did not change the ultimate conclusions, as shown in the revised report which did include that additional data.  DOH has repeatedly said they support both the original and revised reports as issued.

This decision was only made after determining that it didn’t change the outcome, and that we understood that the same conclusions were supported by both data sets. The methodology used was disclosed in the report and reflected that it was specific to in-facility, as our public data had always shown as well.

The out of facility data was repeatedly discussed in public briefings and we consistently acknowledged those deaths were being counted in the total death count through the place of death data.  There is no credible claim that the public or legislators did not know there was a subset of out of facility deaths that had been reported to DOH but was not yet disclosed as it had not yet been verified as this was the topic of public press briefings and inquiries (see below).

There is currently a review by the Department of Justice, and we are cooperating fully with that inquiry. Again, there was no undercount, as total deaths irrespective of location were always disclosed, and the methodology of how data was being presented was accurate.

The report was intended to detail whether the March 25 advisory memo contributed to increased deaths, and not be a full accounting of every death. We have since updated the report, and it now includes out of facility deaths, with the exception of a limited subset which cannot be confirmed to a sufficient degree of reliability, and that is clearly denoted — the updated report supports the same conclusion of the initial July report.”

EXAMPLES OF PAST STATEMENTS BELOW:

It’s unclear how many of the veterans died of confirmed or presumed COVID-19. The state Health Department says 35 residents there had died of coronavirus-related causes through May 22.  But that figure doesn’t include residents who died at hospitals — which health officials said are reported solely in the overall tally of state COVID deaths, in part to avoid double-counting.
https://www.thecity.nyc/coronavirus/2020/5/23/21270845/remember-their-names-nyc-veterans-nursing-home-staff-leaks-list-of-48-who-died

Initially, the state only counted residents who tested positive for COVID-19 and died at the facility.  Then it added to the tally residents who only had a suspected case and died. But the state is not including in these figures adult care facility residents who were transferred to a hospital and died of the coronavirus there. The Health Department says that’s “to maintain consistency and reliability in the data as presented, and to avoid any potential for double-counting.”
https://www.ny1.com/nyc/all-boroughs/news/2020/05/28/extent-of-coronavirus-carnage-in-new-york-nursing-homes-may-never-be-known

DR. HOWARD ZUCKER: Well, and what I’m saying is, is that, that information, I want to be sure that we are not double-counting individuals, that someone didn’t die for a different reason because — so that’s what we’re trying to do. If someone goes into the hospital from a nursing home, and then they die, or, they — or — and they’re sick in the hospital, and someone says, well, they died because of COVID, well, maybe they died because of something else. I mean, this is something which I mentioned about earlier, about pneumonia. Right? The presumption by CDC was that, they died, the 27 percent of people dying in those two months, was because of pneumonia. And as the director of the CDC said, “presumed to be coronavirus.” Right? But what I want to know is exactly, when someone dies in the hospital, what did they die from?

ASSEMBLY MEMBER BRAUNSTEIN: I think a lot of us may reserve judgment about the conclusions of the report until we have an accurate view of all of the data. And we’re missing a significant amount of people who contracted COVID in a nursing home and then later died in a hospital. And I just think it would bolster the conclusions of the report if, at some point in the future, when you do have that data, maybe you can, you know, add it in the report, just to, you know, make sure that this report is accurate.

DR. HOWARD ZUCKER: I am confident about the data. I hear what you’re saying. I will also say that in that report you will see that there is a curve that shows the deaths from the nursing homes and deaths in the community, and they line up. And I suspect — not suspect — that I know that this will be the same.

GARETH RHODES: And I will just add, we’re updating this report down the road. We can include what the experience of other states has been. Then this report came out, and I quote the Mary Mayhew, the Florida Agency for Health-Care Administration: [Indiscernible] doors to keep that virus from getting to our facilities. Our staff are human beings who have lives outside of these facilities. Nursing home operator in Florida: The overwhelming majority of our staff members were testing positive or asymptomatic. An indigenous virus is very difficult to detect after the testing. So it happened in other states.