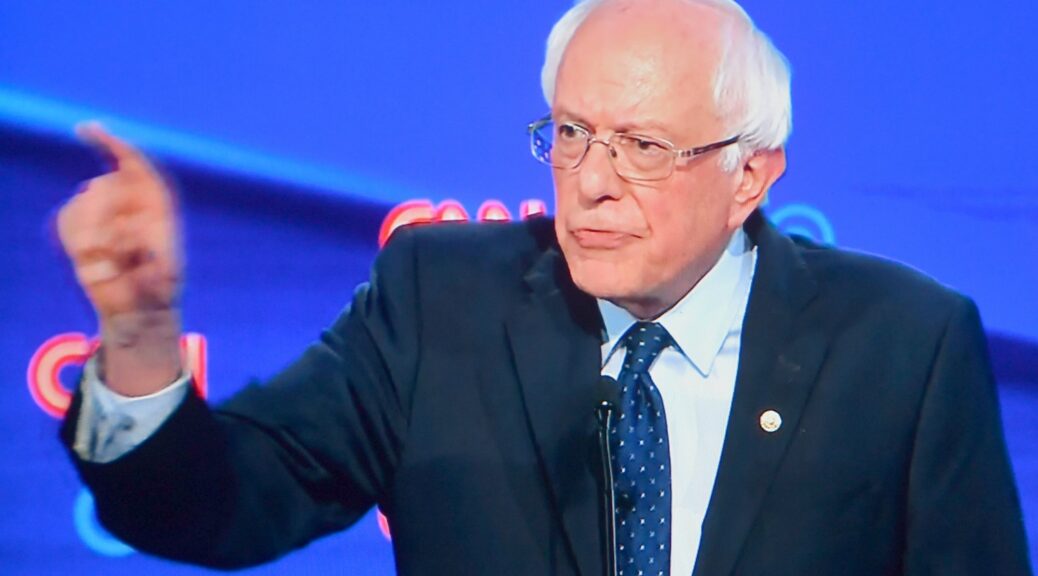 The vigorous contest of Democrats seeking the 2020 presidential nomination has produced excellent policy proposals to address major issues. Senator Bernie Sanders, in the town of Paradise, California, which was obliterated in last season’s wildfires, unveiled his Green New Deal, “the only plan bold enough to confront the climate crisis and create an economy that works for all.” Under Sanders’ plan, the United States will reach 100 percent renewable energy for electricity and transportation by no later than 2030 and complete decarbonization by 2050. This is from the Sanders campaign:

“This is a pivotal moment in the history of America — and really, in the history of humanity. The climate crisis is not only the single greatest challenge facing our country; it is also our single greatest opportunity to build a more just and equitable future, but we must act immediately,” said Sen. Sanders. “When we are in the White House, we will launch the decade of the Green New Deal, a 10-year mobilization to avert climate catastrophe during which climate change, justice and equity will be factored into virtually every area of policy, from immigration to trade to foreign policy and beyond.”

Sanders’ Green New Deal boldly embraces the moral imperative of addressing the climate crisis and builds on an unprecedented grassroots movement powerful enough to take on the fossil fuel industry and win. As president, Sanders will mobilize the political will necessary for a wholesale transformation of our society, with support for frontline communities and massive investments in sustainable energy, energy efficiency, and a transformation of our transportation system.

The Green New Deal will avert climate catastrophe, transform our energy system, build an economy for all and end the greed of the fossil fuel industry by:

The Green New Deal will pay for itself over 15 years by holding the fossil fuel industry accountable for the damage it has caused. Sanders’ plan will:

The full details of the Green New Deal can be read here.