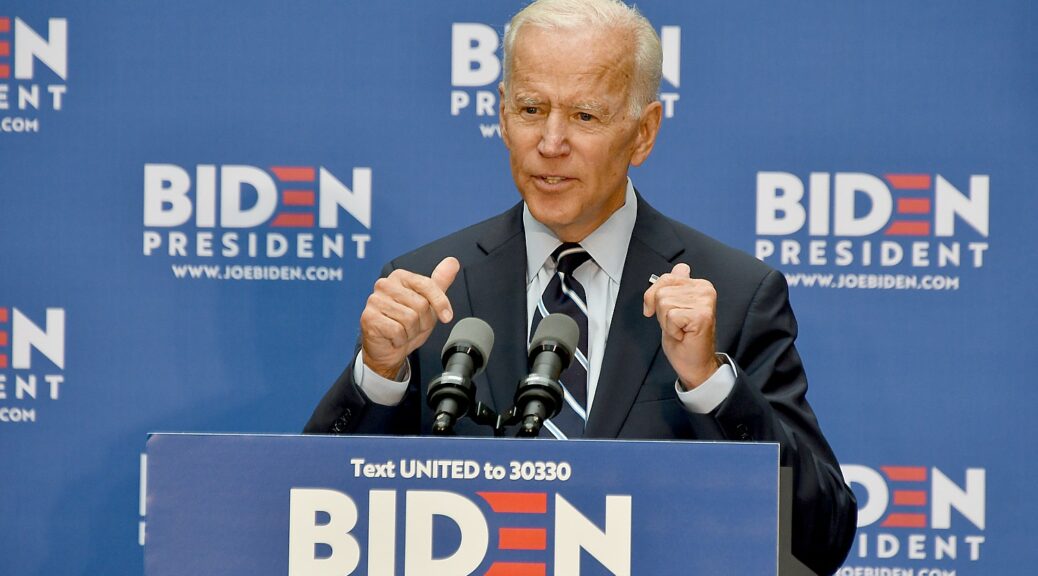 As Donald Trump departed the White House to attend the G7 after a day in which he attacked Federal Reserve Chairman Jay Powell as a “worse enemy” than China’s Chairman Xi and ordered US companies to leave China, a day in which the Dow plummeted 600 points, a day after he referred to himself as the “Chosen One” as he looked to the heavens and demanded that Russia be invited back into the G8, Vice President Joe Biden, candidate for the Democratic nomination for president, issued this statement:

“This week, in the lead-up to the G7 in France, President Trump has continued his irrational and self-defeating campaign to make America less secure and less respected in the world.  He has insulted our closest partners and denigrated one of our most capable allies, Denmark—a country that has repeatedly fought and sacrificed alongside our troops. He issued yet another attack on NATO, reiterating his belief that NATO is an American-run protection racket where our allies better pay up, or else. And he advocated for Russia’s return to the G7, despite Vladimir Putin’s long and growing record of aggressive behavior and provocations against the United States and our allies in Europe.

“Trump’s actions and words are not just embarrassing—they are making the American people less safe. Every incident further isolates us on the global stage, reinforcing that his version of “America First” means America alone. For the first time in its history, the G7 will not even issue a joint communique, because President Trump refuses to cooperate with our partners on the pressing issues of our time, including climate change, China’s predatory trade practices, Russian attacks on western democracies, and nuclear proliferation. No country, even one as powerful as ours, can go it alone against 21st century challenges that respect no borders and cannot be contained by walls.

“NATO, the most powerful alliance in history, is the bulwark of America’s national security and the free world’s first line of defense. It’s how we amplify our own strength, maintain our presence around the globe, and magnify our impact – while sharing the burden among willing partners. NATO is an alliance built first and foremost on shared democratic values, which makes it more durable and more reliable than partnerships built on coercion or cash. But it is not indestructible, and Trump has taken a battering ram to our most important strategic alliance.

“More than two-and-a-half years into his presidency, the pattern of Trump’s conduct and character is clear. He never misses a chance to lavish praise on dictators like Putin and Kim Jong Un, and takes every opportunity to bash our closest democratic allies. Instead of leading alongside fellow democracies, he seems to be on the other team. His incompetence threatens to permanently reduce America’s standing and, consequently, our capacity to bring together nations to address shared challenges. This will change when I am president. We will restore the soul of this nation. And we will once again lead the international community in a way that is consistent with our most cherished values, standing with—not against—the rest of the free world.”