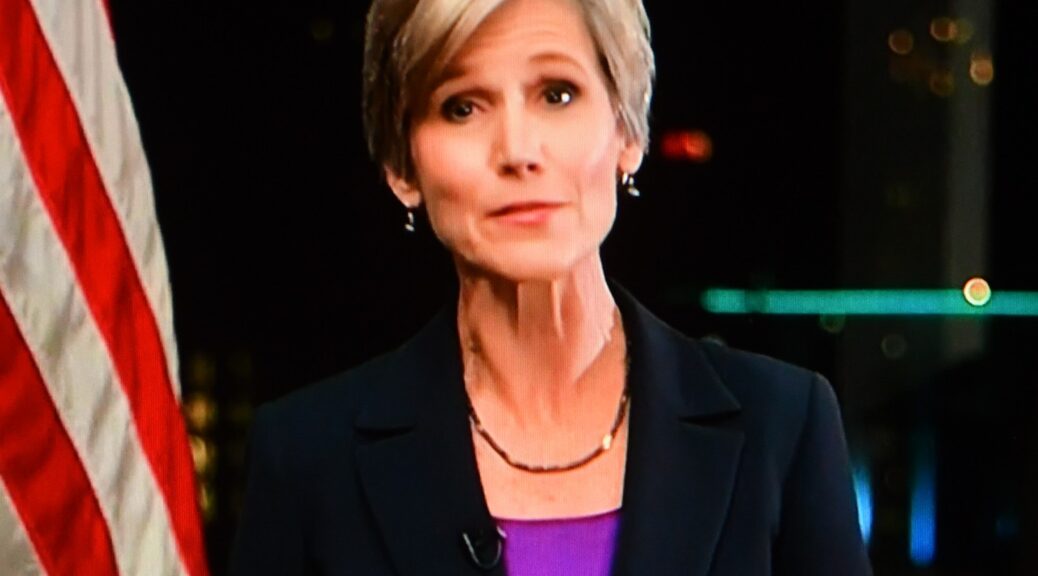 The second night of the 2020 Democratic National Convention was themed “Leadership Matters” drawing a stark contrast between the lack of leadership of the incumbent, and the experience, integrity, competence and compassion to address the historic challenges facing the nation that former Vice President Joe Biden brings to the office of president.

“A moment like now demands real leadership. A leader who has the experience and character to meet the moment. A leader who will unite us, tell us the truth, take responsibility, listen to experts and be an example for the nation. Strong people and strong countries rise up during crises, don’t shy away from what is tough, and lead with competence. With Joe Biden as our president, we will restore honesty and integrity to our government, and stake out a renewed leadership role in the world. And we will create more justice, more fairness and more equality for all.”

Here are highlights from the evening’s speakers:

“You can hear the anxiety that echoes down empty hallways. There’s no scent of new notebooks or freshly waxed floors. The rooms are dark and the bright young faces that should fill them are confined to boxes on a computer screen.”

“How do you make a broken family whole? The same way you make a nation whole. With love and understanding—and with small acts of compassion. With bravery. With unwavering faith.”

“There are times when I couldn’t imagine how he did it—how he put one foot in front of the other and kept going. But I’ve always understood why he did it…He does it for you.”

“Public servants promise to defend our Constitution. Uphold our laws. And work on behalf of the American people. But from the moment President Trump took office, he has used his position to benefit himself rather than our country. He’s trampled the rule of law, trying to weaponize our Justice Department to attack his enemies and protect his friends.”

“But if we’re going to win this battle for the soul of our nation, Joe can’t do it alone. Democrats must take back the Senate. We will stay united, from Sanders and Warren to Manchin and Warner—and together, we will bring bold and dramatic change to our country.”

“Joe has the experience, character, and decency to bring us together and restore America’s greatness. We deserve a person with integrity and judgment, someone who is honest and fair, someone who is committed to what is best for the American people.”

“Donald Trump says we’re leading the world. Well, we are the only major industrial economy to have its unemployment rate triple. At a time like this, the Oval Office should be a command center. Instead, it’s a storm center. There’s only chaos. Just one thing never changes—his determination to deny responsibility and shift the blame. The buck never stops there.”

“Our party is united in offering you a very different choice: a go-to-work president. A down-to-earth, get-the-job-done guy. A man with a mission: to take responsibility, not shift the blame; concentrate, not distract; unite, not divide. Our choice is Joe Biden.”

“Even during this terrible crisis, Donald Trump and Republican politicians are trying to take away millions of people’s health insurance. With the existential threat of another four years of this president, we all have a profound obligation to act, not only to vote, but to make sure that our friends, family, and neighbors vote as well.”

“Donald Trump pretends Russia didn’t attack our elections. And now, he does nothing about Russia putting a bounty on our troops. So he won’t defend our country. He doesn’t know how to defend our troops. The only person he’s interested in defending is himself.”

“Joe’s moral compass has always pointed in the right direction, from the fight to break the back of apartheid to the struggle to wake up the world to genocide in the Balkans. Joe understands that none of the issues of this world—not nuclear weapons, not the challenge of building back better after COVID, not terrorism and certainly not the climate crisis—none can be resolved without bringing nations together.”

Other speakers testifying to Biden’s leadership and presidential qualities included Colin Powell and a gaggle of national security advisors who have served in prior administrations, and Caroline Kennedy, daughter of President John F. Kennedy and former Ambassador to Japan, and her son, Jack Schlossberg, JFK’s grandson.