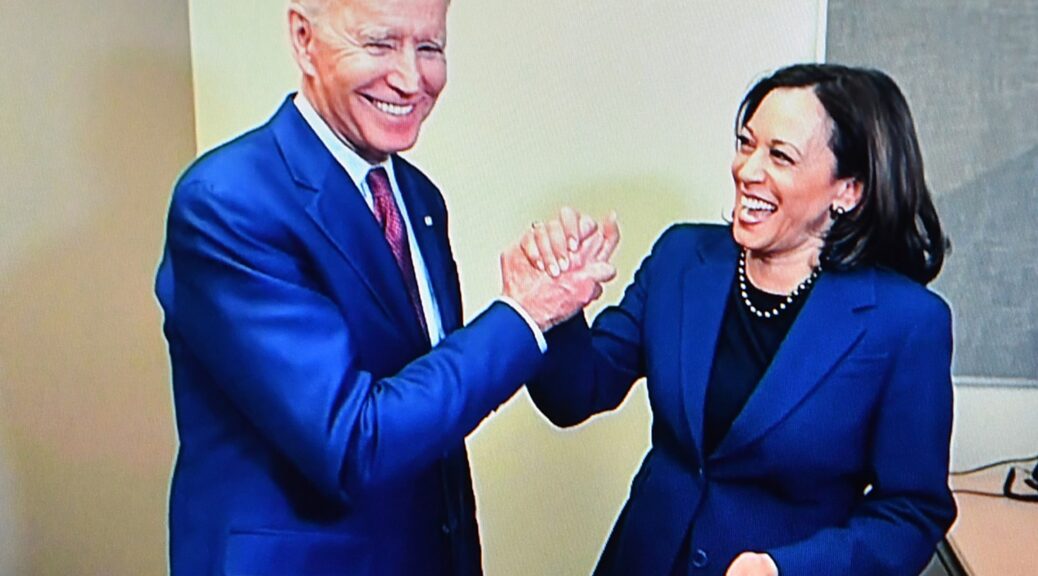 Joe Biden, the Democratic candidate for President, selected Senator Kamala Harris as his running mate, a historic pick since she would be the first African American/Asian American woman to serve as Vice President. Harris was briefly his rival for the nomination, which was one of the assets Biden considered in choosing her from among a dozen highly qualified women. On the third night of the Democratic National Convention, the nation will have a chance to be introduced to Harris, who brings a life story that many will be able to relate to, and see as a role model. This is from the Biden Harris campaign:

Vice President Joe Biden is running to restore the soul of the nation and unite the country to move us forward.  Joe knows more about the importance of the Vice Presidency than just about anyone, and he is confident that Kamala Harris will be the best partner for him to finally get the country back on track.

Since Donald Trump became president, he has made everything worse. He has pursued economic policies that reward wealth over work and benefited corporations and his buddies over working families. He has walked away from American leadership on the national stage. He has used division and stoked hatred for political purposes to pit Americans against one another.

Joe knows that we can’t just return to the way things were – we have to build back better. From her track record of managing through multiple crises to standing up for the people who need it most, Joe knows that Kamala will be ready to tackle the work that is needed to heal our country on Day One of the Biden-Harris Administration.

The first Black and Indian American woman to represent California in the United States Senate, Kamala Harris grew up believing in the promise of America and fighting to make sure that promise is fulfilled for all Americans. Kamala’s father immigrated to the U.S. from Jamaica to study economics and her mother immigrated from India. Kamala’s mother told her growing up “Don’t sit around and complain about things, do something,” which is what drives Kamala every single day.

Kamala started fighting for working families  in the Alameda County District Attorney’s Office, where she focused on prosecuting child sexual assault cases. From there, she became the first Black woman elected as San Francisco’s District Attorney. In this position, she started a program to provide first-time drug offenders second chances with the opportunity to earn a high school degree and find a job.

In 2010, Kamala became the first Black woman to be elected California Attorney General, overseeing the country’s second largest Justice Department, only behind the U.S. Department of Justice. In this capacity, she managed a $735 million budget and oversaw more than 4,800 attorneys and other employees. As California Attorney General, Kamala fought for families and won a $20 billion settlement for California homeowners against big banks that were unfairly foreclosing on homes.

Since being elected to the U.S. Senate in 2016, Kamala has introduced and co-sponsored legislation to help the middle class, increase the minimum wage to $15, reform cash bail, and defend the legal rights of refugees and immigrants.

Kamala serves on the Senate Select Committee on Intelligence that deals with the nation’s most sensitive national security and international threats.  She also serves on the Senate Homeland Security and Governmental Affairs Committee where she oversees the federal government’s response to natural disasters and emergencies, including the Trump administration’s response to COVID-19.

On the Senate Judiciary Committee, Kamala has held Trump administration officials accountable and was a powerful voice against Trump’s conservative judicial nominations.

Kamala graduated from Howard University, where she was in the Alpha Kappa Alpha sorority, and earned a law degree from the University of California, Hastings College of Law.

Kamala has been married to her husband Doug for the past six years. She is the stepmother of two children, Ella and Cole who are her “endless source of love and pure joy.”

Kamala Fighting for the Black Community

Kamala Fighting for the Latino Community

Kamala Fighting for the LGBTQ+ Community