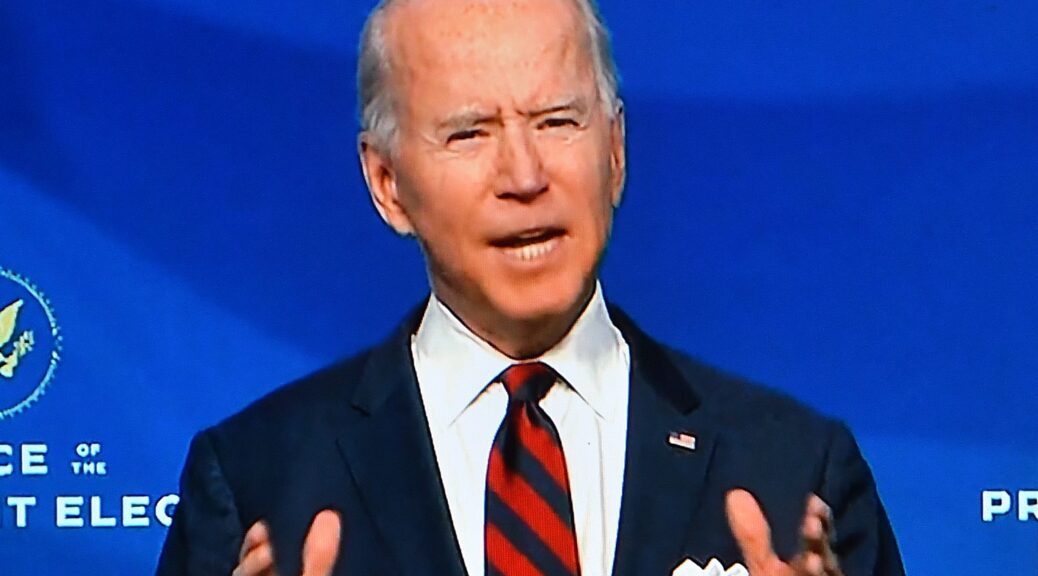 As Donald Trump sits back, tweets inciting calls to violence over overturning the 2020 election and makes threats as millions face eviction in the middle of winter and a raging pandemic; hunger; poverty (8 million have fallen into poverty just since July); the number of COVID-19 deaths surpass 330,000; every four days, a million more are infected (double the number just from Election Day, likely having much to do with Trump super-spreader rallies and forced in-person voting amid his sabotage of absentee voting); and Trump’s inaction or actual veto of bills that would provide COVID-19 relief and help fund vaccinations, and would cause the entire government to shut down, President-Elect Joe Biden is calling his refusal to sign the bill, passed with overwhelming and bipartisan majority, an “abdication of responsibility” that has “devastating consequences.” That’s an understatement. Here is Biden’s statement:

It is the day after Christmas, and millions of families don’t know if they’ll be able to make ends meet because of President Donald Trump’s refusal to sign an economic relief bill approved by Congress with an overwhelming and bipartisan majority.

This abdication of responsibility has devastating consequences. Today, about 10 million Americans will lose unemployment insurance benefits. In just a few days, government funding will expire, putting vital services and paychecks for military personnel at risk. In less than a week, a moratorium on evictions expires, putting millions at risk of being forced from their homes over the holidays. Delay means more small businesses won’t survive this dark winter because they lack access to the lifeline they need, and Americans face further delays in getting the direct payments they deserve as quickly as possible to help deal with the economic devastation caused by COVID-19. And while there is hope with the vaccines, we need funding to be able to distribute and administer them to millions of Americans, including frontline health care workers.

This bill is critical. It needs to be signed into law now. But it is also a first step and down payment on more action that we’ll need to take early in the new year to revive the economy and contain the pandemic — including meeting the dire need for funding to distribute and administer the vaccine and to increase our testing capacity.

In November, the American people spoke clearly that now is a time for bipartisan action and compromise. I was heartened to see members of Congress heed that message, reach across the aisle, and work together. President Trump should join them, and make sure millions of Americans can put food on the table and keep a roof over their heads in this holiday season.