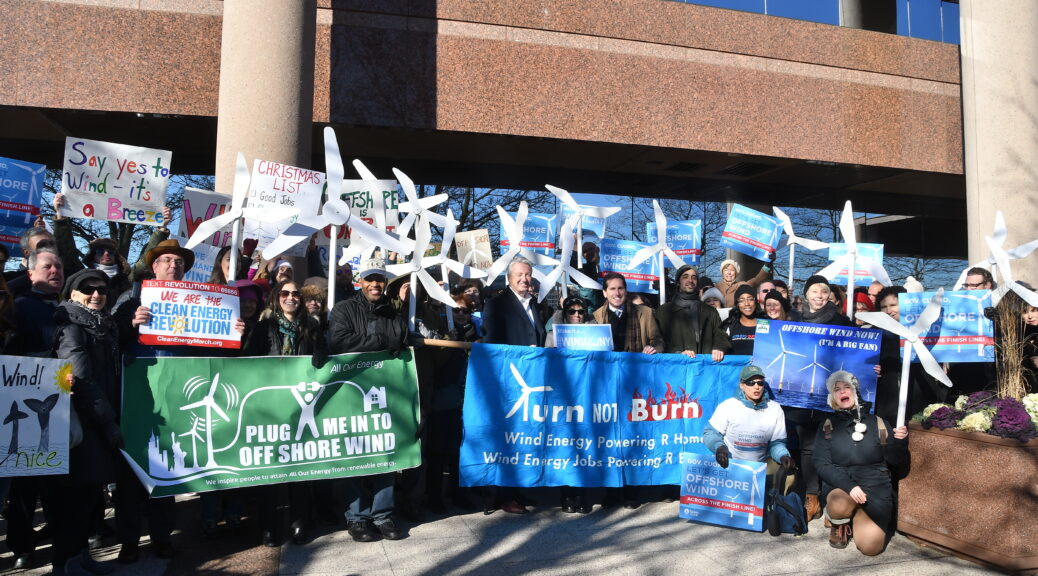 Today, the White House convened leaders from across the Administration to announce a set of bold actions that will catalyze offshore wind energy, strengthen the domestic supply chain, and create good-paying, union jobs.

In his first week in office, President Biden issued an Executive Order that calls on our nation to build a new American infrastructure and clean energy economy that will create millions of new jobs. In particular, the President’s Order committed to expand opportunities for the offshore wind industry. The President recognizes that a thriving offshore wind industry will drive new jobs and economic opportunity up and down the Atlantic Coast, in the Gulf of Mexico, and in Pacific waters. The industry will also spawn new supply chains that stretch into America’s heartland, as illustrated by the 10,000 tons of domestic steel that workers in Alabama and West Virginia are supplying to a Texas shipyard where Dominion Energy is building the Nation’s first Jones Act compliant wind turbine installation vessel.

Federal leadership, in close coordination with states and in partnership with the private sector, unions and other key stakeholders, is needed to catalyze the deployment of offshore wind at scale.

At today’s convening, leaders from across the Administration shared their commitment to work closely with one another and with key stakeholders to deliver the economic potential presented by offshore wind energy resources.

“The announcement today by President Biden’s Administration of 30 gigawatts of offshore wind by 2030 represents a historic day for the United States and a tremendous leap forward in tackling global climate change by building back better with clean energy and spurring a thriving green economy, clear priorities for New York State.

“New York State has a proud legacy of being the nation’s leader on combatting climate change and embracing green energy, including executing the largest combined clean energy solicitations ever issued in U.S history and adopting the most ambitious climate and clean energy legislation in the country. We thank the Administration for immediately removing the barriers we faced the past four years with the federal government and creating a new priority Wind Energy Area in the New York and New Jersey Bight that will allow us to continue this legacy for years to come.

“We look forward to working with the Administration to further advance our nation-leading 9 gigawatts of offshore wind power, turning New York into the center of this new industry that will leverage billions in private investment for infrastructure and innovative technologies, while delivering significant climate and health benefits across the state and nation.”