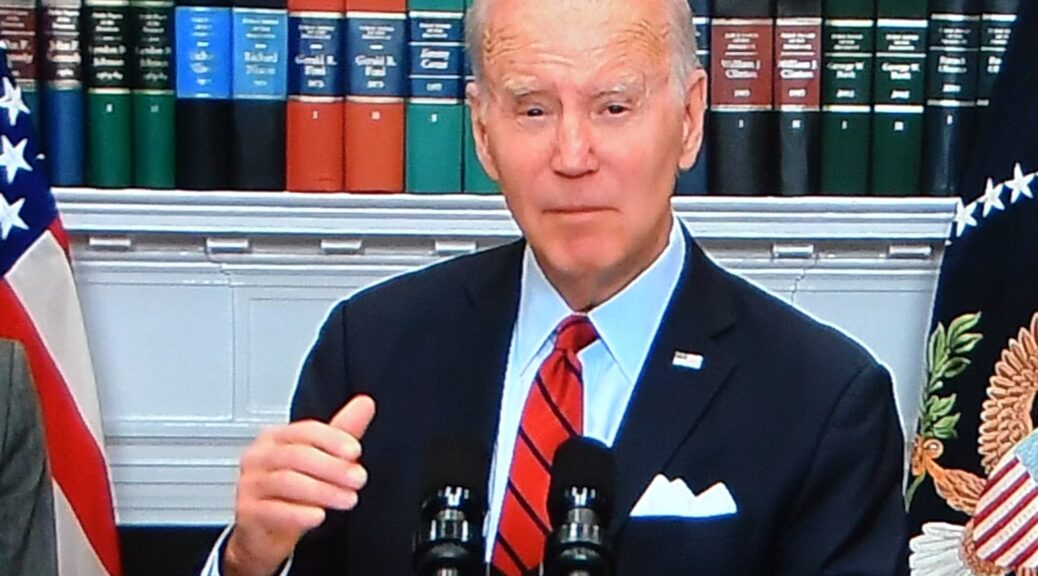 Republicans love to rail against the Biden Administration – even threatening impeachment – and Democrats over the “border crisis,” but the fact is that President Joe Biden, like President Barack Obama before him, have tried over and over to enact policies and procedures to address the influx of people LAWFULLY making a claim of asylum. Republicans are making hay – even as they are incapable of electing a Speaker of the House – over “open border” but it is the Democrats who have proposed rational, humane processes that have, in fact, accounted for 2.7 million taken into custody in 2022 – the vast majority fleeing climate disasters, gang violence – immediately repatriating 45 percent.

The people who were essentially human trafficked by Texas Governor Greg Abbott to Vice President Kamala Harris’ home in Washington DC, and to New York City and other “blue” state sanctuary cities were not “illegal aliens” but people who were processed for a hearing, as international and federal law requires. Meanwhile, Republicans have not come up with any plan to address the flood of desperate people who are legally entitled to seek refuge, but instead, have obstructed any comprehensive reform effort, refused to adopt the DREAM Act, even going to court to overturn the Obama-era DACA program that gives people who were brought to the US as children and spent their entire lives in the US legal status to go to school, college and work.

Obama was forced to issue his DACA policy since the Republicans in Congress refused to consider the bipartisan Comprehensive Immigration Reform bill, which did exactly what was asked: spent a ton of money on border enforcement. But Republicans refused to provide any path to legal status for the 11 million undocumented people living for years in the US until the border was sealed shut. An impossibility of which they were well aware.

Republicans are not satisfied with any immigration “reform” that does not include taking toddlers and infants from the arms of their mothers, and turning them into orphans, putting children in cages, allows migrant women to be sterilized against their will.

While the courts have prevented the Title 42 public health order from lifting for now, the Biden-Harris Administration today is announcing new enforcement measures to increase security at the border and reduce the number of individuals crossing unlawfully between ports of entry. These measures will expand and expedite legal pathways for orderly migration and result in new consequences for those who fail to use those legal pathways. They also draw on the success of the Venezuela initiative, which launched in October 2022 and has resulted in a dramatic drop in the number of Venezuelan nationals attempting to enter the United States unlawfully.

The Administration is also announcing that it is surging additional resources to the border and the region, scaling up its anti-smuggling operations, and expanding coordination and support for border cities and non-governmental organizations. Importantly, the actions announced today are being implemented in close partnership with Mexico and governments across the Western Hemisphere.

While these steps will help address some of the most acute challenges at the Southwest border, they will not solve all of the problems in an immigration system that has been broken for far too long. That can only happen if Republicans in Congress who have spent the past two years talking about border security quit blocking the comprehensive immigration reform and border security measures President Biden proposed on his first day in office, and opposing the billions of dollars in additional funds the President has requested for border security and management.

Unlike some Republican officials playing political games and obstructing real solutions to fix our broken immigration system, President Biden has a plan and is taking action. Under the new enforcement measures announced today, the Biden-Harris Administration will:

Impose New Consequences for Individuals who Attempt to Enter Unlawfully

To facilitate a return to the processing of all noncitizens under Title 8 authorities when Title 42 eventually lifts, the Department of Homeland Security (DHS) is:

The Biden-Harris Administration and its international partners in the region are also announcing new and expanded legal pathways to the United States and other countries that individuals can and should use to avoid consequences for crossing the border unlawfully. These include:

The Biden-Harris Administration is surging resources and expanding efforts to securely manage the border, disrupt the criminal smuggling networks preying on vulnerable migrants, and support communities receiving migrants as they await their immigration enforcement proceedings. New and expanded efforts include:

The Biden-Harris Administration will do everything within its authority and available resources to manage this challenge, but until and unless Congress delivers the funding as well as comprehensive immigration reform measures President Biden requested, the United States’ broken immigration system will indeed remain broken.