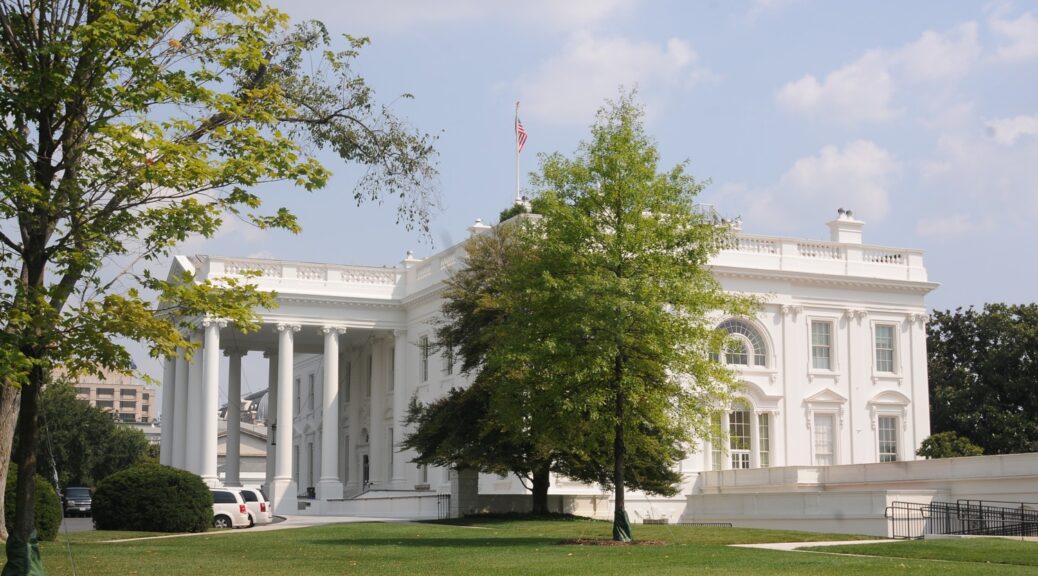 In a nutshell, President Joe Biden’s “Build Back Better” agenda comes down to this: seizing this rare opportunity to grow the economy in such a way so that all benefit, or continuing a system that benefits a small slice of society while holding back the rest, states a “memo” from White House Senior Staff to “Interested Parties”. Re: “The Generational Choices in Front of Us to Grow the Economy for All”

Memo: The Generational Choices in Front of Us to Grow the Economy for All
To: Interested Parties
From: White House Senior Staff

America is at a crossroads right now: whether to create sustained economic growth that benefits everybody by addressing the challenges that have held back working families for decades, or maintain the status quo of a failed strategy to invest government resources in tax cuts for large corporations and the wealthy.

The choice in front of us is simple. We can pass a plan that 17 Nobel Prize winning economists last week said would boost our economy and ease long-term inflationary pressures. We can pass a plan that last week the Economic Policy Institute said would support 4 million jobs per year over the decade. Or we can prioritize the interests of the wealthiest Americans and most profitable corporations over building an economy that works for everyone.

These are the choices in front of us:

1. We can continue to give the wealthiest 0.1% of households – those making $2 million a year – an annual tax cut of $36,000…
…OR we can dramatically reduce child poverty by providing a tax cut to nearly 40 million households and the parents of 90% of American children through a historic expansion of the Child Tax Credit.

2. We can let pharmaceutical companies continue to raise prices on drugs that we depend on and allow nearly 1 in 4 Americans to struggle to afford prescription drugs…
…OR we can lower drug costs by allowing Medicare to negotiate prescription drug prices, expand health care coverage to 4 million uninsured people, and reduce health insurance premiums – saving 9 million people an average of $50 per month.

3. We can let the wealthiest 1% of Americans evade $160 billion per year in taxes…
… OR we can enforce our existing tax laws and invest that money to make universal preschool a reality – benefiting more than 5 million families and bringing down the crushing costs of child care for middle class families, which will help the average family save $13,000 per year.

4. We can continue to allow large, profitable corporations to take advantage of tax loopholes…
… OR we can require big corporations to finally pay their fair share and use that money to invest in small businesses – the engine of our economy in communities throughout the country.

5. We can continue to let 55 Fortune 500 companies pay $0 in taxes on more than $40 billion in profits per year…
…OR we can eliminate loopholes like the ones that allow companies to shift jobs and profits overseas and use that money to address the threat of climate change and make critical investments so that our communities are more resilient against extreme weather events. These companies have said we need to take on the existential threat of climate change; now they face a real choice – pay a little more or continue to allow extreme weather events to devastate communities around the country.

6. We can allow the middle class to be taxed more for their work than the richest are taxed on their investment income…
…OR we can ask the top 0.3% to pay a higher tax rate on their investment income and use that money to drive down housing costs for the 10.5 million renters paying more than half of their incomes on rent and boost housing supply with the construction or rehabilitation of more than two million homes.

7. We can keep the corporate tax rate for the top 1% most profitable corporations at the lowest rate it has been since World War II…
…OR we can make a modest increase to the corporate tax rate and use that money to reduce the crushing cost of child and elder care for middle class families. The President’s child care proposal would provide high-quality child care for children up to age 5, saving the average family $14,800 per year.

8. We can accept a tax system where a teacher pays a higher tax rate than a hedge fund manager…
…OR we can restore fairness in our tax code and expand paid family and medical leave to the nearly four in five private sector workers and 95% of lowest wage workers who currently lack it – so that millions of Americans no longer have to decide between keeping their jobs or caring for loved ones and their personal health.

The President believes that these choices are easy. He chooses leveling the playing field to ensure the wealthiest individuals and most profitable corporations pay their fair share and working-class families get a fighting chance to succeed and prosper. He chooses tackling the existential threats facing our country and making investments to position our nation for success for generations to come. These are the choices we face now.