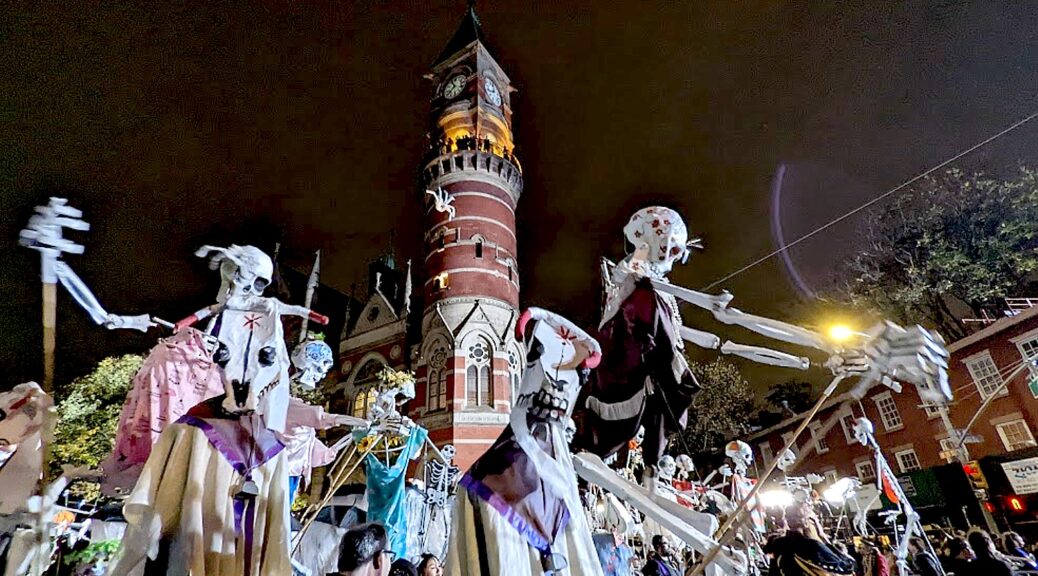 Not even a surprise rainshower could dampen the spirits marching down 6th avenue for the New York’s famed Village Halloween Parade – and there were spirits galore.

The 49th Annual Village Halloween was themed FREEDOM! It’s a move! It’s a moment! Feel it!!! The Grand Marshal for 2022 was The Brooklyn United Marching Band with special surprise guests who played Jon Batiste’s song Freedom!

“We are encouraging glittery costumes, your best dance moves and anything that allows you to feel light, joyful, free and colorful! We’re gonna lift the spirits of the whole world!” says Jeanne Fleming, Artistic and Producing Director. “However you do it, feel the joy and freedom of expression in one of New York’s most iconic and wildly creative events!

The parade is the nation’s largest public Halloween celebration, has been named by Events International as The Greatest Event on Earth on October 31, and ranked 3rd by Citysearch as the best event in New York City.

It draws people (as we found) from around the world – Poland, England, Corsica among the locales.

Indeed, by bringing hundreds of thousands of tourists, the event generates an estimated $90 million in tourism dollars for the city, providing Greenwich Village businesses and restaurants their best night of the year.

And, by turning a large and complex city into a small town for just one night, the Parade has been a pioneer in the critical movement toward the resurrection and rejuvenation of the City.