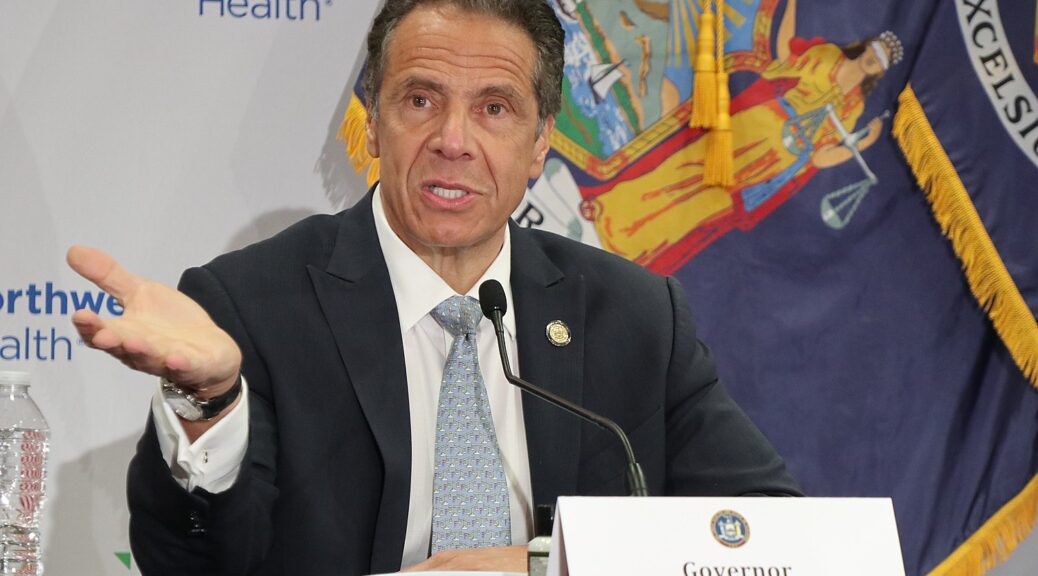 With the FDA expected to authorize Pfizer’s COVID-19 vaccine this week, New York State Governor Andrew M. Cuomo detailed plan for distributing what is expected to be an initial allocation of 170,000 vaccines as soon as this weekend.

The state’s vaccination distribution effort will focus on battling skepticism, include outreach to Black, Brown and poor communities, as well as expedited distribution and administration.

“Distributing the vaccine is a massive undertaking. I think frankly, people have not focused enough on the extent of what this undertaking means. I can’t think of a government operation that has been commenced that is more difficult and intricate than what governments will be asked to do here,” Governor Cuomo said. “The way the vaccine is going to work is the federal government will be responsible for the procurement and the distribution. The military is doing the transportation with private companies, and they will send it where we ask them to send it. We then set the priorities for not only where it goes, but who gets it. The first allocation is for nursing home residents, nursing home staff and high-risk health care workers. We’ve identified 90 regional centers that can keep the vaccine at the required temperature and they’ll act as distribution centers for that region. Pfizer’s vaccine is expected to be approved by the FDA tomorrow. Immediately after that, our New York State panel will convene and review and approve it. They’ve already been speaking to the FDA about the process.”

As outlined in New York’s vaccination program, high-risk healthcare workers, nursing home residents and staff are prioritized first to receive the vaccine, followed by other long-term and congregate care staff and residents and EMS and other health care workers. Essential workers and the general population, starting with those who are at highest risk, will be vaccinated after these initial priority groups.

New York has opted into the federal government’s nursing home vaccination program. Under the federal program, employees of CVS and Walgreens will vaccinate residents and staff in these facilities, much like the do for the flu vaccine. New York State will issue guidance for hospitals to select which patient-facing staff should be prioritized as “high-risk” in line with state rules.

If authorized by the FDA, the first delivery of Pfizer vaccines for the federal nursing home vaccination program could begin arriving next week, with the federal program slated to begin on December 21. New York is dedicating a portion of its initial allotment of 170,000 doses to this program. Portions of future state allocations will also be used to help complete the program and ensure all residents and staff are vaccinated.

‘High risk’ hospital workers eligible to receive a vaccination from the state’s initial allotment include emergency room workers, ICU staff and pulmonary department staff. As part of the effort to vaccinate ‘high risk’ hospital staff, the state has identified 90 locations across the state with requisite cold storage capabilities and those sites will receive enough doses for approximately 90,000 patient-facing hospital staff, or 40 percent of the entire patient-facing hospital workforce. The state expects all ‘high risk’ hospital staff will receive a vaccine by the end of week two. Staff at every hospital in New York State, regardless of storage capabilities, will have access to the first allocation of a vaccine.

The vaccine will be allocated on a regional basis. Regional estimated distributions are as follows:

Following the vaccination of ‘high risk’ health care workers, the priority will shift to all long-term and congregate care residents and staff, EMS and other health care workers. Essential workers and the general population will follow those groups, and those with the highest risk will be prioritized.

Additionally, the New York National Guard has been selected by the Department of Defense as one of 16 pilot programs across the nation to be part of the limited distribution of the Pfizer COVID-19 vaccine to military personnel. Members of the New York Army and Air National Guard who serve as part of the state’s COVID response efforts will be eligible for the vaccine.

In his daily update, Cuomo said, “New York expects the initial allocation of 170,000 doses. The federal government is doing the allocation based on state population. Again, they distribute it to the state, the state then turns around and does an allocation within the state. It could arrive as soon as this weekend. That assumes the FDA does act right away. The FDA does approve it and the military turns around and ships it immediately. It could actually be coming this weekend. Further allocations will be in the following weeks.

“Our state priority: Nursing home residents first, nursing home staff. There was a discussion about if you do the residents or do you do the staff. New York, we decided to do both residents and the nursing home staff. Then you go to high-risk hospital workers. We have about 700,000 hospital workers in this state so its’s a very large population. We’ll prioritize the high-risk hospital workers within that overall health care population. We have rules that we have established that we will send to hospitals about what is a quote, unquote high-risk health care worker. The hospitals will select the actual individuals who will get the first vaccines within that guidance. Emergency room workers, ICU staff, pulmonary department staff.

“The allocation by region, again, this is based on number of nursing home residents, number of nursing home staff and number of high-risk health care workers. The 90 locations across the state that can provide the cold storage will receive enough doses for roughly 90,000 patient-facing hospital staff. That is 40 percent of the total hospital patient-facing workforce of 225. The 225,000 is a subset of the overall 700,000, obviously. By the end of week two, if all goes well and the federal government sticks to the schedule, we expect all high-risk staff will receive the vaccination. Staff at every hospital will have access to the allocation, even if their hospital doesn’t have this cold storage capacity. They will have access to the vaccine by a hospital in their region that does have that storage capacity. After we take care of all the high-risk healthcare workers, we’ll then move to all long-term and congregate care staff and residents. NEMS and other healthcare workers and then essential workers, general population, starting with those who have the highest risk.

“We expect deliveries to begin next week. The federal administration says they’re going to start by 12/21. New York is dedicating part of our initial allocation to the program, but we do expect to have enough to cover all residents and all staff. The staff is actually vaccinated on a rolling basis to make sure they have staff that’s receiving the vaccine and staff that’s working at all times.

“The fairness of the vaccine is paramount, and I mentioned it before, but we have to make sure this nation understands that we can’t make the same mistake twice. Death rate among Blacks, twice what the death rate among whites is from COVID. Death rate among Latinos, one and a half times the death rate among whites. COVID testing, fewer tests taken in the Black and Latino and poor communities. It was just a manifestation of the disparity in healthcare, and it has to be corrected during the vaccination program. we have to get into public housing. We have to partner with Black churches and Latino churches, community groups. This has to be a fair distribution, and New York will lead the way. We’ve made these concerns known to HHS, I’ve sent letters, I’ve done speeches, I’m working with civil rights groups across the state. Made these points to Congress on several occasions, we’re working with the NAACP, Mr. Johnson, we’re working with the Urban League, Mayor Marc Morial. But this is a point that we have to bring home and we have to be successful.

“We do have good news that we waged a similar effort on the rules for vaccinations for undocumented people. The way the federal government constructed the program, basically they wanted the states to collect social security numbers, passport numbers or driver’s license numbers for anybody vaccinated. These are all bells for people who are undocumented, alarm bells. And it sounded like you were trying to use the vaccination to identify undocumented people. We have gone through this with the federal government at length wit the trusted traveler program previously. If undocumented people don’t get vaccinated, it compromises their health and it compromises the whole program. again, the program only works if you hit a critical mass of the population. If you say, well, the undocumenteds we’re going to exclude practically because they don’t come in and participate, you have 50 percent of the population that’s skeptical, if we’re not going to reach out to the Black, Latino and poor communities, it’s never going to be a success. So, we raised this point again. We did letters. I did speeches. I’ve spoken out publicly and HHS has agreed. The CDC specifically has agreed that the State will not send individual data identifying a person in a way that could be used to document citizenship or deportation, et cetera.

“We insisted on that in what’s called the data-sharing agreement, data use agreement, and the CDC agreed. So, that is a better vaccination program for this country and for this state. It took a lot of work, but I want to congratulate all the advocates and people who stepped up and spoke up, because it was a good service.”