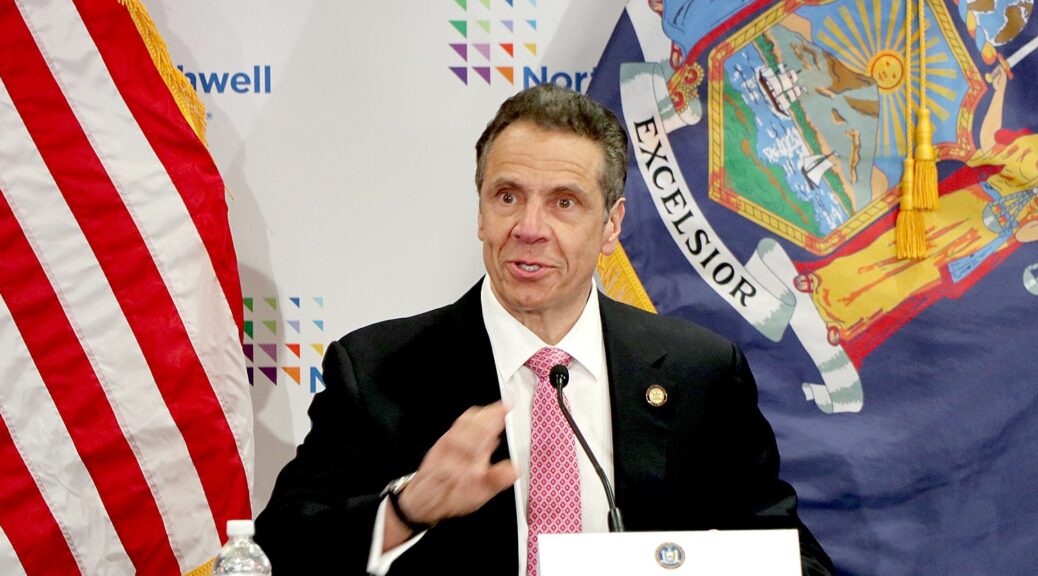 Governor Andrew M. Cuomo called on Congress to renew and expand federal support programs for unemployed Americans — many of which have expired or will end just days after Christmas. The programs provide critical benefits for millions of American families that have faced unemployment as a result of the ongoing COVID-19 pandemic, including supplemental benefits for individuals and support for local and state governments. The Governor sent a letter to Congressional leaders urging them to act quickly as states across the country face another surge of infections, hospitalizations, and deaths while millions of Americans remain unemployed.

“The pandemic has not just impacted Americans’ health — it has also created an unprecedented economic crisis. As we enter the holiday season, and as states once again enact stronger measures to stop COVID, critical federal unemployment benefits are about to expire. Inaction from Washington is putting millions of Americans’ financial security at risk,” Governor Cuomo said.”Congress moved decisively this spring to address the economic impacts of the pandemic and should once again take action before the calendar year ends to bring badly needed support to millions of struggling Americans.”

“Even as COVID-19 vaccine trials show remarkable results and the pandemic finish line is in sight, the danger the virus poses has never been greater. Today our country is seeing record-high cases, hospitalizations and deaths — every single state has been affected.

“It is time for Washington to step up and deliver desperately needed relief for their constituents. Governors are heartened that congressional leaders on both sides of the aisle and in both chambers are now talking with each other to find a way forward. We encourage leadership to stay at the bargaining table and work out a deal that delivers the critical relief to the American people.

“As an interim measure to address states immediate and pressing needs, we support the bipartisan framework proposed by Senator Joe Manchin, Senator Bill Cassidy and a bipartisan group of their colleagues as a response that would bring meaningful relief to those who are struggling; situate states to quickly, effectively and equitably implement their vaccination plans; and prime the economy to allow for a faster rebound.

“Governors have been on the front lines since the beginning of the pandemic, procuring lifesaving medical and personal protective equipment, establishing field hospitals, and providing economic relief to small businesses and workers. But this is a national crisis, cutting across geographic, economic and demographic lines, and it demands a national, bipartisan solution. Congress should not leave Washington for the holiday recess without enacting a much-needed COVID relief package. We look forward to working with Congress and the new Administration in the new year on a more comprehensive COVID relief package.”

Since the beginning of the COVID-19 crisis, New York State has paid more than $55 billion in unemployment benefits to 3.8 million New Yorkers — which represents more than 26 typical years’ worth of benefits. Nationwide, more than 20 million Americans are currently receiving unemployment benefits, including 12 million covered by programs that will expire on December 31, 2020. In New York, that includes 1.2 million current claims from New Yorkers receiving Pandemic Unemployment Assistance, which provides benefits for freelancers, self-employed workers, and others who do not typically qualify for traditional unemployment benefits, and 682,000 claims from individuals who are receiving 13 additional weeks of benefits under the Pandemic Emergency Unemployment Compensation program after exhausting the 26 weeks of traditional benefits.

Here is Governor Cuomo’s full letter detailing the aid that is requested:

As you are well aware, the coronavirus has continued to spread across the country, with the United States entering what appears to be another surge of infections this fall. While disturbing, this increase is not surprising — experts told us that as temperatures fell, cases would increase, and those predictions have unfortunately come true.

The physical toll of the pandemic is well known: 12 million Americans have been infected and more than 250,000 have lost their lives.

But the pandemic has not just impacted Americans’ health — it has also created an unprecedented economic crisis with unheard of levels of unemployment across the nation. Since March, more than 68 million Americans have filed unemployment claims, representing over 42 percent of the nation’s workforce. Last week, the number of newly filed claims nationwide grew by 31,000, representing the first week-over-week increase after four weeks of decreasing claims.

Unlike the federal government’s response to the virus itself, Congress moved decisively this spring to address the economic impacts of the pandemic — supplying Americans with federally-funded stimulus checks, supplemental unemployment benefits, and benefits for freelancers, the self-employed, and others who are not typically covered by traditional unemployment insurance.

However, as we enter the holiday season — and as states once again enact stronger measures to stop the surge in cases, hospitalizations, and deaths — Washington’s inaction is putting millions of Americans’ financial security at risk.

When the CARES Act was passed in March, roughly 10 million Americans had filed for unemployment benefits during the pandemic — today, that number has increased by nearly 600%. At the time, the nation had only faced two weeks with unemployment claims above the pre-pandemic high of 695,000. Now, we have surpassed that level for 35 weeks straight.

Yet despite this worsening economic picture, many critical support programs that were put in place earlier this year have already expired and the few remaining ones are set to expire just days after Christmas. This is simply unacceptable and must be rectified.

The Senate and House must work to renew and expand federal unemployment benefits for Americans while supporting the state governments that are implementing these programs and disbursing the benefits.

The following programs should be extended or renewed through the end of the federal Fiscal Year 2021:

The United States of America’s economy remains in crisis. More than 20 million of our neighbors received some form of unemployment benefits during the week ending October 31st — over thirteen times the number receiving benefits this time last year.

Not extending these programs — which can largely be accomplished by passing the unemployment and workforce provisions of H.R. 925, the HEROES Act — is akin to abandoning millions of Americans in their time of need. Congress must take action before the calendar year ends, and anything less would be an abdication of your duty.

I look forward to your immediate attention to these matters.