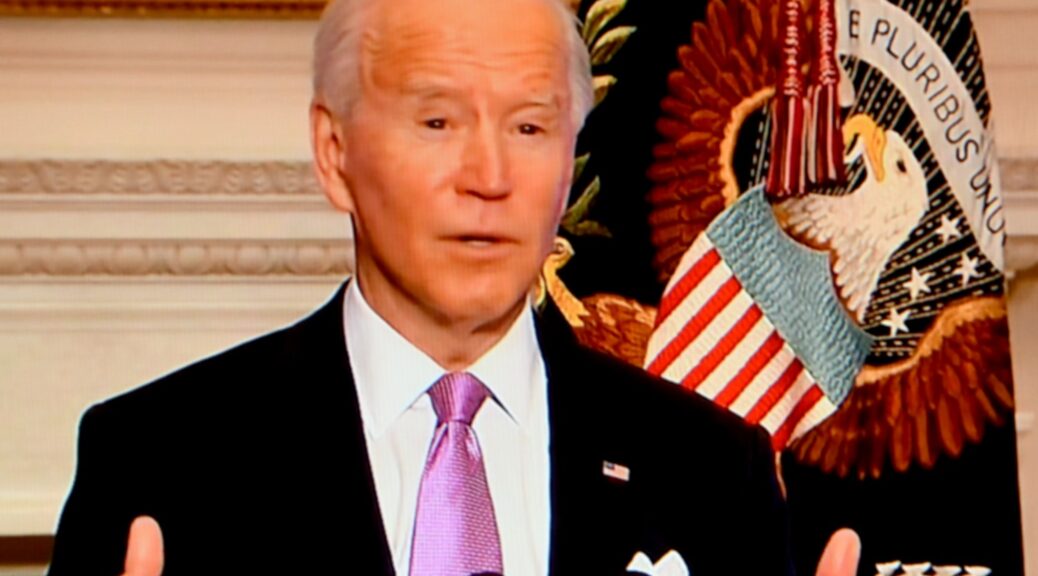 In just his seventh day in office, President Joe Biden announced new steps to dramatically increase vaccine supply and enable states to book appointments with greater assurance of knowing how many doses they will have three weeks in advance.

He announced the purchase of 200 million more doses, which with the doses already purchased from Pfizer and Moderna, would be enough to vaccinate 300 million Americans by summer. But he cautioned that it will take months before the nation achieves herd immunity, the situation will get worse before it gets better, with as many as 100,000 more deaths from COVID-19 by next month.

He emphasized that wearing a mask is still the best way for the foreseeable future to protect lives – as many as 50,000 could be saved by April. Wearing a mask is not just patriotic, he said, but will be mandated in federal property and in interstate transportation, such as airports and depots, and on airplanes, trains, and buses.

Here is more from the Biden administration:

Just over a year since the first COVID-19 case was confirmed in the United States, the nation has hit another grim milestone in the pandemic, reaching 25 million infections and counting. The pace in which this virus has spread throughout the U.S. is staggering and with new variants emerging, the spread is not slowing any time soon. That’s why it is critical that we vaccinate as many people as possible, as quickly as possible.

President Biden has a comprehensive National Action Strategy to put the pandemic behind us and he and the COVID-19 response team are aggressively implementing it.  Today, the President is announcing bold steps that will help meet the goal of administering 100 million shots in 100 days and ramp up vaccine supply as fast as possible. As a result of these actions, the federal government will have enough vaccine supply for the entire U.S. population by the end of the summer.

The President is taking the following actions today:

Increased transparency for States, Tribes, and Territories to Help Their Vaccination Efforts: The Biden-Harris Administration is taking action to provide states, Tribes and territories with a reliable three-week supply look-ahead. The Department of Health and Human Services will provide allocation estimates for the upcoming three weeks as opposed to the one week look-ahead that they previously received. This increased transparency will give state and local leaders greater certainty around supply so that they can plan their vaccination efforts and administer vaccines effectively and efficiently.

Purchase 200 Million Additional Doses to Be Delivered This Summer, Double the Nation’s Vaccine Supply: President Biden directed his COVID-19 Response Coordinator to work with HHS to increase our total vaccine supply for the American people.  The Biden-Harris Administration is working to purchase an additional 100 million doses of each of the two Food and Drug Administration-authorized vaccines – Pfizer and Moderna.  This increases the total vaccine order for the U.S. by 50%, from 400 million to 600 million with these additional doses expected to deliver this summer. With these additional doses, the U.S. will have enough vaccine to fully vaccinate 300 million Americans by the end of this summer.