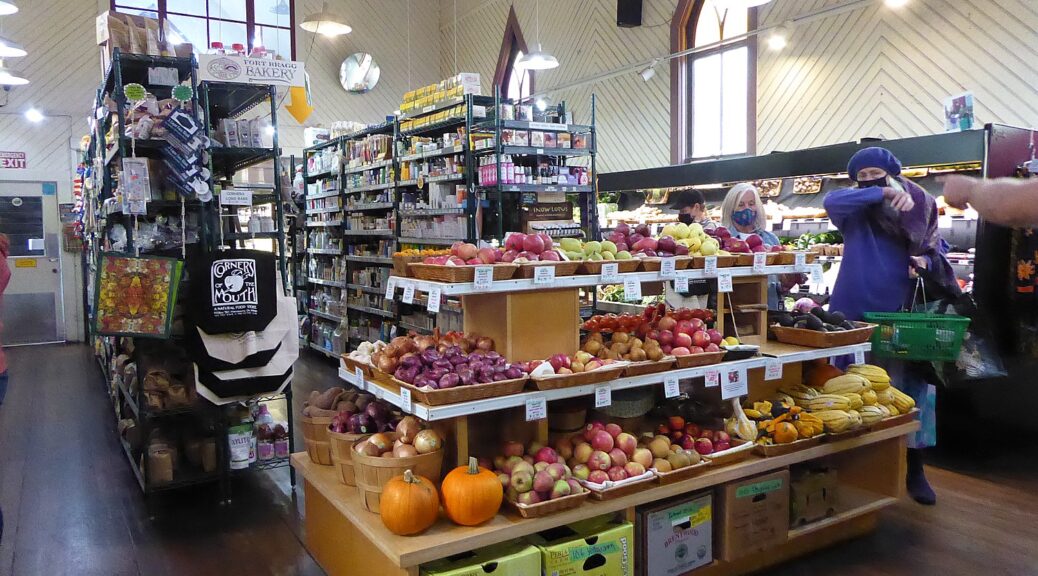 Since day one in office, President Biden has focused on providing America’s small businesses with the tools and resources they need to reopen, rehire, and build back better. To-date, the Biden-Harris Administration has distributed more than $400 billion in critical relief to more than 6 million small businesses.

President Biden’s efforts have not only helped millions of Main Street businesses keep their lights on and employees on payroll, they have enabled a remarkable rebound in small business activity, with small business demand for labor and inventories near record highs. According to a leading survey of small business owners, the share of small businesses planning to create new jobs in the next three months is higher than it ever was at any point during the previous Administration. Another recent survey of small business owners found that 71 percent are optimistic about their own performance in 2022, up from 63 percent one year ago. The broader economic recovery – one of the fastest on record – has also helped spur a surge in entrepreneurship. Americans are applying to start new businesses at a record rate, up about 30 percent compared to before the pandemic. 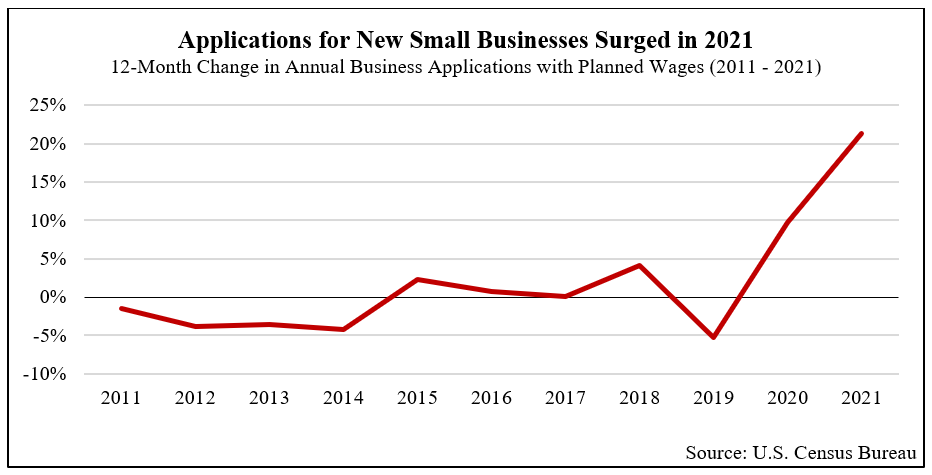 The historically high level of new business applications has taken place amidst the Biden-Harris Administration’s historic bottom-up approach to economic recovery. Soon after taking office, the Biden-Harris Administration enacted the American Rescue Plan (ARP), which provided direct relief to families and small businesses and supported the vaccination of more than 200 million Americans. Through the combination of ARP investments and existing emergency relief programs, the Biden-Harris Administration distributed more than $400 billion in critical relief to more than 6 million small businesses. The ARP also provided thousands of entrepreneurs with the personal and financial security to launch their own business.  This support included $1,400 per-person Economic Impact Payments, expanded Child Tax Credit payments of up to $300 per child per month, Affordable Care Act credits and COBRA premium support to ensure health care coverage remained available, and an expansion of the Employer Retention Credit, including expanding eligibility to recent startups.

Despite the historic progress made to-date, the Biden-Harris Administration remains committed to helping America’s new small businesses grow, create jobs, and provide the essential goods and services our communities depend on. Specifically, the Biden-Harris Administration is:Expanding access to low cost loans and investments. The Treasury Department is working with all states and territories plus 400 Tribal governments on standing up small business lending and investment programs as part of the $10 billion State Small Business Credit Initiative (SSBCI) established through the ARP. and By this summer, the first wave of programs will launch, unlocking billions of dollars in new lending and investment capital for small businesses in big cities and small towns all across America. Small businesses can also continue to access the Small Business Administration’s (SBA) traditional 7a, 504, and microloan programs, which collectively reached record high loan volume in Fiscal Year 2021 by providing $44.8 billion through more than 61,000 loans.

Increasing access to billions of dollars in federal contracts for small businesses. Last year, the Biden-Harris Administration announced its strategy for increasing the share of federal procurement dollars that go to socially disadvantaged businesses by 50% by 2025.  President Biden’s Bipartisan Infrastructure Law also includes a historic procurement effort designed to support small businesses and tackle long standing inequities in the contracting system. Among other things, the legislation directs DOT to attempt to award more than $37 billion in federal contracts to small disadvantaged business contractors.

Meanwhile, new employment data continues to show that the labor market has improved under President Biden, with 42 states reporting drops in unemployment in December and 12 states reaching record lows. No states experienced a decline in employment. Year-over-year payroll figures have now increased in 48 states and DC.

“Thanks to the President’s economic plan and his success in getting Americans vaccinated, the unemployment rate nationally dropped to 3.9% – four years earlier than expected, wages are up, and 6.4 million jobs have been created – the most in any one year on record. The President’s economic strategy is working: strengthening our economic growth and creating millions of jobs across the country,” the White House stated.