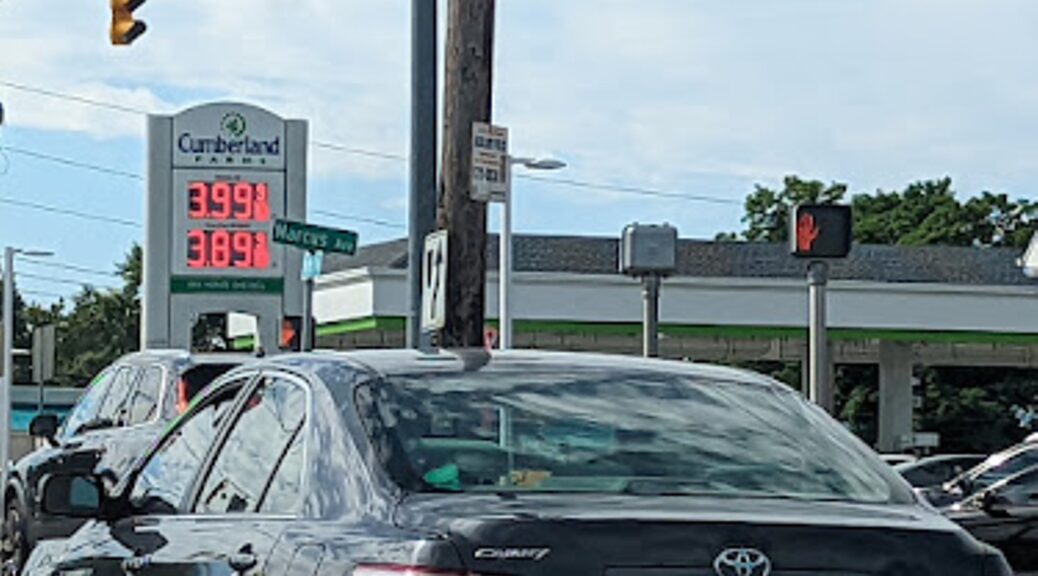 Americans say they are really, really upset about higher gas prices, despite the fact the prices have come down consistently since the peak in the summer ($1.20) and are just about 30c higher per gallon, and that the price rise is largely due to Putin’s genocidal invasion of Ukraine, and but that inflation will affect how they vote. But what is also clear is that American-based oil companies have basically indulged in price-gouging, war-profiteering – as evidenced by record profits during the third quarter. We’re talking Exxon’s highest quarterly profits in its 152-year history. The oil companies have pocketed $100 billion in just 200 days, two and three times the quarterly profit of a year ago, setting historic records. Think about that.

“Their profits are a windfall of war,” President Biden declared, “the windfall from the brutal conflict that’s ravaging Ukraine and hurting tens of millions of people around the globe.  You know, at a time of war, any company receiving historic windfall profits like this has a responsibility to act beyond their narrow self-interest of its executives and shareholders…if they don’t, they’re going to pay a higher tax on their excess profits and face other restrictions. ..It’s time for these companies to stop war profiteering, meet their responsibilities to this country, and give the American people a break and still do very well.”

And here’s my question: the oil companies are using billions of that profit to buy back their stock, rather than reinvest or do something productive with all that cash. Why don’t they instead  be the ones developing, installing and owning clean, renewable energy technologies – be part of the solution to carbon-emissions-caused global warming and climate change, rather than the cause. They could be developing battery-storage technologies, EV charging infrastructure, cheaper and better solar panels and wind turbines. Instead, they spend their untold billions to lobby lawmakers to challenge climate action and propagandize climate change denial.

Here’s another issue: they are deliberately keeping gas prices high because they know it may hurt Democrats’ control of Congress, and stop, even reverse Biden’s progress on climate action and a transition to clean, renewable energy.

Here are the facts, provided by the White House, and President Biden’s remarks – Karen Rubin/news-photos-features.com

Oil companies are posting record profits. Over the last two quarters alone, ExxonMobil, Chevron, Shell, BP, ConocoPhillips, and TotalEnergy earned over $100 billion in profits. That is more than they earned all of last year, and more thantwo-and-a-half times what they earned in the same quarters of 2021.

Oil companies are overcharging American families at the pump. Today, profit margins at five of the largest oil companies are higher than their pre-pandemic levels.Refining margins per gallon of gasoline are about 50 cents over historical levels – nearly double what is typical. Diesel profit margins are even larger at about $1.90 above historical levels – more than six times what is typical.

Oil companies are padding shareholder pockets rather than increasing production. ExxonMobil, Chevron, Shell, BP, ConocoPhillips, and TotalEnergy are spending more money buying back their own shares than investing in raising their productive capacity. Over the last six months, these companies reported spending over $50 billion to buy back their own shares and pay out dividends. That’s about the same amount that these companies returned to shareholders all of last year. In Q2 and Q3 of 2022, the ratio of capital expenditures to earnings of the six large oil companies was only 35%, compared to over 130% during the same quarters from 2017 to 2019 pre-pandemic.

President Biden remarked on the record oil profits on October 31. Here’s a transcript:

And because of the action we’ve taken since then, gas prices have actually come down — going into the Strategic Petroleum Reserve — here at home, in America.  They’re down more than $1.20 since their peak this summer.  And they’ve been falling for the best of — best part of the last three weeks.

In a difficult time, Americans across the country have stepped up to do the right thing.  But not everyone has stepped up.  The oil industry has not met its commitment to invest in America and support the American people.

One by one, major oil companies have reported record profits, not just a fair return for hard work.  Every company is entitled to that: a fair return for the work they do or innovation they generate.  But I mean profits so high it’s hard to believe.

Then along came Exxon.  Exxon’s profits for the third quarter were at $18.7 billion.  One quarter: $18.7 billion — nearly triple what Exxon made last year and the most in its 152-year history.  It’s never made that much profit.

In the last six months, six of the largest oil companies have made more than $100 billion — $100 billion.  And we had a little discussion about this, the three of us and others.  One hundred billion in profits in two — less than 200 days…

Here’s why it matters: If these companies were making average profits they’ve been making by refining oil over the last 20 years instead of the outrageous profits they’re making today and if they passed the rest on to the consumers, the price of gas would come down around an additional 50 cents.

If they’re investing their profits at historic rates in their U.S. operations, then America would be producing more oil today and prices would be down even further.  But rather than increasing their investments in America or giving American consumers a break, their excess profits are going back to their shareholders and to buying back their stock, so the executive pay is going to skyrocket.

Give me a break.  Enough is enough.  Look, I’m a capitalist.  You’ve heard me say this before: I have no problem with corporations turning a fair profit or getting the return on their investment and innovation.  But this isn’t remotely what’s happening.

Oil companies’ record profits today are not because they’re doing something new or innovative.  Their profits are a windfall of war — the windfall from the brutal conflict that’s ravaging Ukraine and hurting tens of millions of people around the globe.  You know, at a time of war, any company receiving historic windfall profits like this has a responsibility to act beyond their narrow self-interest of its executives and shareholders.

I think they have a responsibility to act in the interest of their consumers, their community, and their country; to invest in America by increasing production and refining capacity.  Because they — they don’t want to do that.  They — they have the opportunity to do that — lowering prices for consumers at the pump.

You know, if they don’t, they’re going to pay a higher tax on their excess profits and face other restrictions.  My team will work with Congress to look at these options that are available to us and others.  It’s time for these companies to stop war profiteering, meet their responsibilities to this country, and give the American people a break and still do very well.

The American people are going to judge who’s standing with them and who is only looking out for their own bottom line.  I know where I stand.