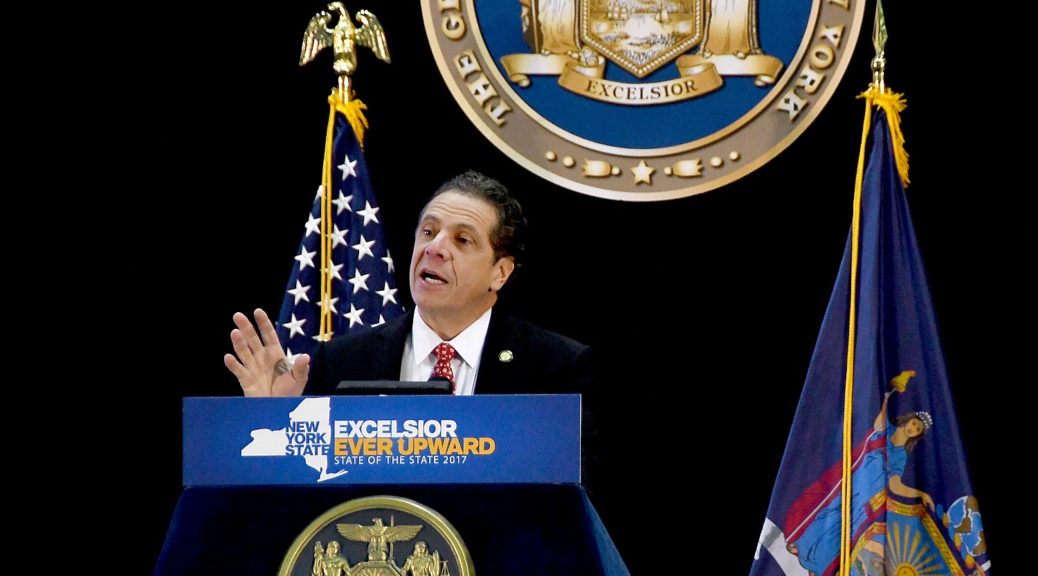 Governor Andrew M. Cuomo today issued a letter to President Donald J. Trump condemning the federal tax plan to eliminate or roll back state and local tax deductibility and calling on the President not to use New York as a piggybank for other states.

Here is text of the letter:

I write to you on an issue that impacts every single American: pending federal tax legislation. I am not writing as a Democratic Governor to a Republican President, but rather as one New Yorker who cares about New York and the country to another. I often say to the New York State legislature, “we are Democrats and we are Republicans, but we are New Yorkers first.”

As you well know, the House is expected to release additional details of a “tax cut” plan this week that in reality amounts to a “tax increase” plan for states like New York. The current proposal primarily uses New York and California as the piggybank to make it possible to cut taxes for other states. By eliminating or rolling back state and local tax deductibility, Washington is sending a death blow to New York’s middle class families and our economy.

I understand the politics at play here. California and New York are “blue states.” I also understand that the political map dictates that most Republican members of Congress come from outside the Northeast and West Coast and their primary motivation is to help their states at any cost, even when it comes at the cost of middle class New Yorkers. But when the economies of New York and California suffer, and they will, the nation follows.

It’s clear this is a hostile political act aimed at the economic heart of New York with no basis on the merits. First, it is an illegal and unconstitutional double taxation that forces our middle class families to subsidize a tax cut for the rest of the nation, and it is contrary to every principle the Republican Party has always espoused. Second, it reverses all the bipartisan progress New York State has made in lowering taxes over these past few years. While we have lowered state income taxes, capped property taxes and are forcing local governments to consider shared services, this federal act would erase all those gains and in fact increase taxes. Eliminating state and local deductibility will result in a tax increase of $5,660 on average for one in three taxpayers in New York, or 3.3 million New Yorkers.

This backward tax plan has encountered much deserved resistance, including from Republicans in the Senate. Senate Finance Chairman Orrin Hatch said “I don’t think that’s going to go anywhere,” adding that state and local tax deductibility is “a system that’s worked very well.” In the face of this pushback, Republican leadership is now trying to salvage their tax plan with a so-called “compromise.” Their scheme is to allow a property tax deduction, but do away with the deduction for state income taxes. For middle class New York families, the average tax increase attributable to losing that deduction would be $1,715.  And considering the original federal proposal would cost New York State taxpayers $18.6 billion, this “compromise” does little to help our state since it would still cost New York State taxpayers nearly $15 billion.

Another “compromise” that is being suggested, where only higher income individuals would lose the state and local deductibility, is a 3-card Monte game that could be played on 42nd Street in Manhattan. New Yorkers are not stupid. We know that if deductibility is eliminated on higher incomes it will have a ripple effect, forcing these New Yorkers to move out of the state, taking their tax revenue with them, thus increasing taxes on everyone else. New York will not be in a position to cut state taxes because both the original proposal, as well as the proposed compromise, will force the highest taxpayers from the state and deplete our revenue stream. As you know, five percent of New York State taxpayers account for nearly two thirds of our annual income tax revenue.

I understand why Paul Ryan would seek to hurt New York, but to ask New York Republican members of Congress to vote to raise taxes on their constituents is a betrayal against their state and their constituents. In fact, seven of nine Republicans from New York are against it. The two representatives who support it—Congressmen Collins and Reed—are the Benedict Arnolds of their time because they are putting their own political benefit above the best interests of their constituents.

Speaker Ryan’s only justification is that other states subsidize New York. He is just wrong. They don’t. The opposite is true. New York subsidizes every other state in the nation. We are the highest donor state which means we send $48 billion more in tax dollars to the federal government than we receive back in federal spending.

To be fair, this is not a new idea to pillage New York and California and send their wealth to other states. Congress tried it under President Reagan, but the gross injustice of it caused all but the most partisan and callous officials to drop support. Today’s proposals are no different. Our Congressional representatives should be saying it’s time New Yorkers get their money back. Instead, the current proposal would be taking even more revenue from the number one donor state. How unfair.

There is no middle ground here. Any of the proposed “compromises” will still destroy New York’s economy and harm the middle class. There can be no elimination, no “compromise,” and no cap on state and local tax deductibility.

New York needs your help.  You can stop this. And you should not just as an American, but as a New Yorker.

Speaker of the House Paul Ryan