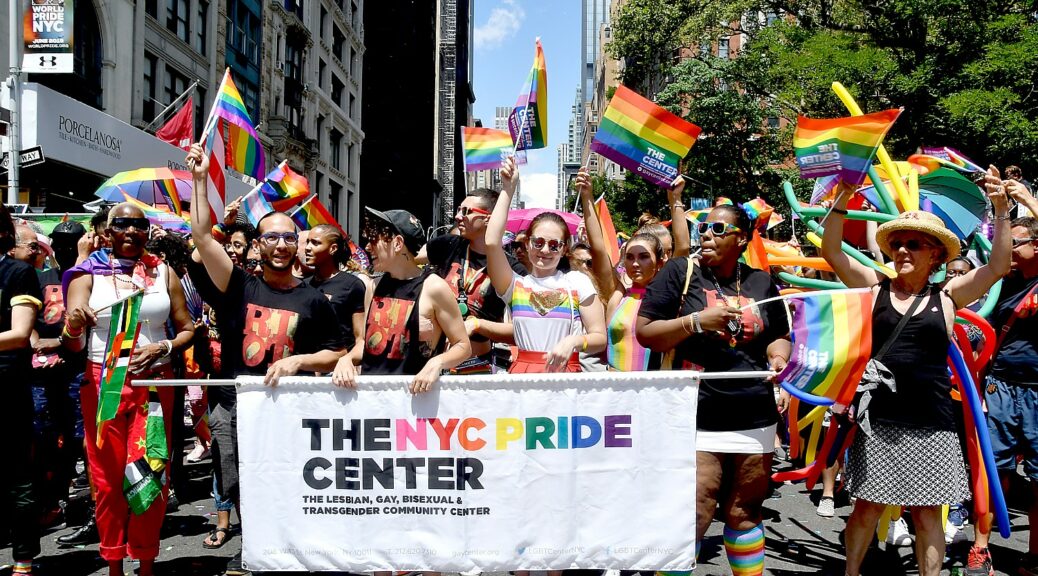 They came together in celebration, not anger or fear. The common thread among the 150,000 who marched, coming from around the world and across the country, and the estimated 2.5 million who watched along the WorldPride NYC 2019 parade route: Free to be me.

The parade, which took eight hours to complete and was estimated to be the largest Pride event in history, was particularly poignant, honoring the 50th anniversary since the Stonewall Uprising, which are considered the trigger to the modern LGBTQ movement.

Jim Foray, among the Grand Marshals at the parade, was there that night. He was living just a block away and recalled the Stonewall as a “sleazy bar where we were grateful and exploited.” The bar, reputedly owned by the Mafia, was regularly raided by the police.

What a difference 50 years has made, noted Julian Sanjivan, NYC Pride March Director. “They had no way of knowing what the next 50 years would bring, no way to know they were starting a global movement, changing hearts and minds everywhere.” And who could have expected an openly gay and married man, a mayor from South Bend, Indiana, Peter Buttigieg, running for President.

Fear and loathing has given way to pride and joy.

Phyll Opoku-Gyimah is the nucleus of the award-winning celebration and protest that is UK Black Pride. Widely known as Lady Phyll – partly due to her decision to reject an MBE in the New Year’s Honours’ list, to protest Britain’s role in formulating anti-LGBTQ+ penal codes across its empire – she is a senior official at the Public and Commercial Services (PCS) trade union as the Head of Equality and Learning. She’s a community builder and organizer; a Kaleidoscope Trust Trustee; an Albert Kennedy Trust patron; Diva Magazine columnist, and public speaker focusing on race, gender, sexuality and class.

Gay Liberation Front was the very first LGBTQ activist organization formed after the Stonewall Rebellion. The courageous members of GLF fought to give political shape and direction to a whole new generation of LGBTQ militancy that spread with unprecedented vigor and impact across the nation and the world.

Monica Helms is a transgender activist, author, and veteran of the United States Navy, having served on two submarines. She is also the creator of the Transgender Pride Flag, in 1999, and subsequently donated the original flag to the Smithsonian Institution in 2014.

It was indeed a demonstration of world pride – there were marchers from Copenhagen, Germany, Sweden, Switzerland, United Kingdom, Portugal, Australia, Holland, and so many other places.

American cities and states were represented as well, from coast to coast and in between – from Palm Beach and Orlando to Palm Springs, San Francisco and Venice (California), Austin to Washington DC, Brooklyn, Boston, even Native American tribes.

Here are highlights from the WorldPride NYC 2019:

A clear sign of the changing times was the outpouring of elected and government officials who joined the march. New York State Governor Andrew Cuomo used the occasion to sign into law legislation banning the gay and trans panic legal defense, a key component of his 2019 Justice Agenda,.