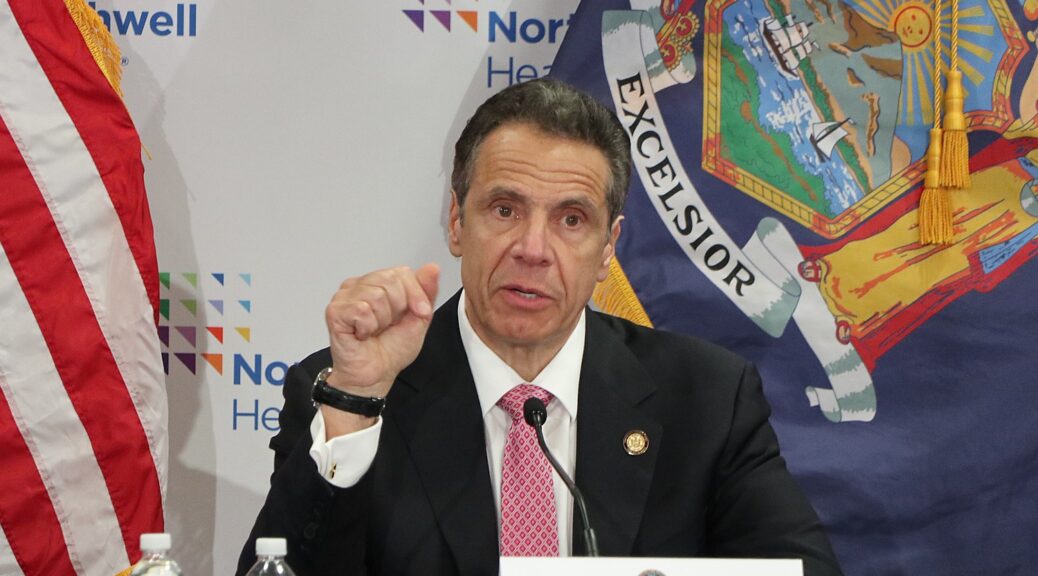 New York Governor Andrew M. Cuomo and Michigan Governor Gretchen Whitmer are  calling for a Congressional oversight investigation into the Trump administration’s politicization of government functions that have impeded the country’s response to the COVID-19 pandemic, releasing this joint statement:

“It is an inarguable fact that the United States has had the worst response to the COVID-19 virus of any nation in the world. Nearly 7 million Americans have tested positive for the virus, and more than 200,000 Americans have been killed by it — both more than any other country. The unprecedented and unacceptable scale of this tragedy is the direct result of President Trump and the federal government’s deceit, political self-dealing, and incompetence.

“Rather than turning to the advice and direction of public health experts and career public servants, President Trump instead put the health and security of the American people in the hands of political appointees whose first priority was securing the reelection of their benefactor, with predictably tragic results.

“Last week’s revelation that the White House blocked a Department of Health and Human Services plan to utilize the U.S. Postal Service to ship five life-saving masks to every household in the country, free of charge, in April was heartbreaking. Imagine the lives that could have been saved if every household were provided masks at such a crucial time.

“Even more dangerous, the nation learned last week that political appointees at the U.S. Department of Health and Human Services — over the strong objection of CDC scientists — published the indefensible guidance that said people without symptoms did not need to get tested for COVID. Coupled with the agency’s abrupt reversal earlier this week on guidance related to the airborne transmission of the virus, it’s increasingly clear that the President and his advisers are trying to undermine the credibility of experts whose facts run counter to the administration’s political agenda.

“As a country, we cannot allow this type of politically-motivated decision making to take root. Logic dictates that COVID won’t be the last public health challenge we will face, and we can’t afford to again respond by playing politics, instead of listening to the science and facts. Congress must immediately conduct an oversight investigation into the Trump administration’s response to this pandemic, including the actions at HHS and the USPS the public learned about over the past week. Especially in light of Bob Woodward’s reporting, the question of, “What did they know and when did they know it?” cannot be left to the history books to answer. Our future health and economic security depends on holding the Trump administration accountable today.”

Cuomo commented, “Governor Whitmer and I today called on Congress to immediately conduct an oversight investigation into the Trump administration’s response on this pandemic. How can you not tell the American people what you knew and when you knew it? Just ask Peter Navarro. You had a memo that said millions of Americans would be infected. Did you tell anyone? Who did you send it to? Did anyone send you back the memo with a question mark? You met with the President 180 times since that memo – did you ever mention to the President, ‘By the way, I had a concern here that millions of Americans might be infected.’ It just doesn’t pass the smell test. It can’t be true.”