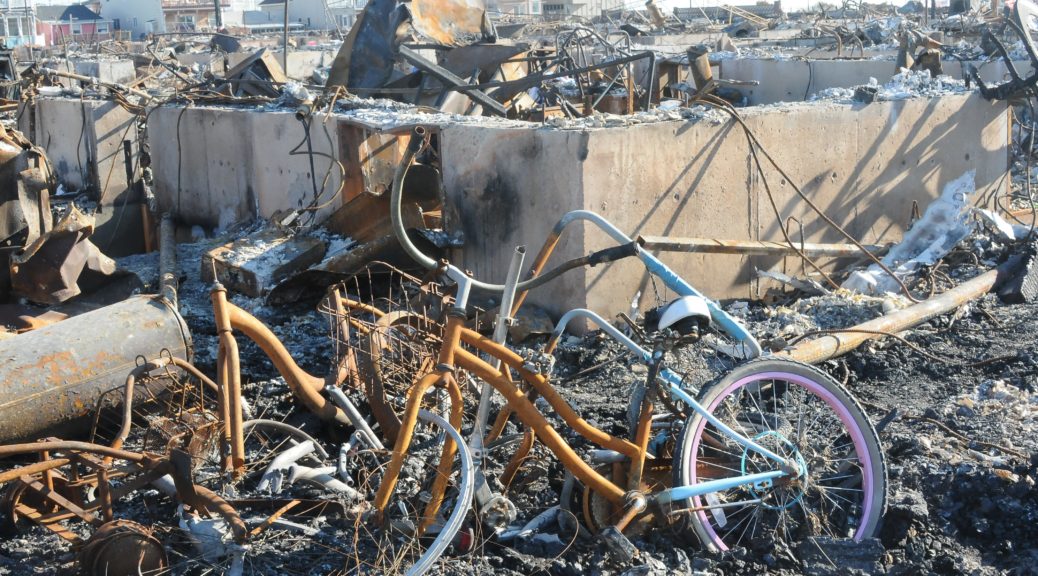 Hurricane Harvey had just devastated Texas, the worst natural disaster up until two weeks later when the entire state of Florida was about to be destroyed by Hurricane Irma, as whole Caribbean island nations as well as the US territory of Puerto Rico had their infrastructure utterly decimated. And Hurricane Jose was on Irma’s tail. Meanwhile, Los Angeles and Oregon were being consumed by record wildfires. Congress had authorized $15 billion toward Hurricane Harvey relief and to replenish the nearly depleted funds of FEMA.

Indeed, in North Dakota on September 6, as Hurricane Irma was barreling toward Florida, Trump, the Tax-Cheat-in-Chief, gave an incoherent speech touting his tax plan that began with his incredulity in discovering that North Dakota was undergoing a massive drought.

“I just said to the governor, I didn’t know you had droughts this far north.  Guess what?  You have them.  But we’re working hard on it and it’ll disappear.  It will all go away,” Trump said.

Accuweather is projecting the cost of Harvey and Irma alone at $290 billion, or 1.5% of total GDP, which would erase the growth of the economy through year-end, according to Dr. Joel N. Myers, president and chairman.

That’s also more than one-fourth of the $1 trillion that Trump proposed for a 10-year infrastructure plan. Where will the money come from? And if all infrastructure spending has to be directed to Texas and Florida, where does that leave the rest of the country? Not to mention the $1 billion Trump is demanding as down payment on a $70 billion border wall.

Does this get you thinking that Trump and his administration, especially EPA Administrator and shill for the oil industry Scott Pruitt, should rethink their self-serving notion of climate change denial (self-serving because it is used to fuel their argument that they can overturn environmental regulations on the massively profitable fossil fuel industry)? Of course not.

But it should also cause them to rethink their totally corrupt plan for tax reform which is intended to starve the federal government of funds, balloon the budget deficit and national debt, all to shift more of wealth to the already fabulously wealthy. Especially when so many people have lost their businesses and jobs, which will certainly impact tax revenues.

Let’s just consider for a moment what taxes are supposed to be for. And yes, a considerable amount goes to pay for interest on bonds, but bonds are what are used to pay for infrastructure – they represent an investment in the future. And as we are considering how to replace the destroyed and decimated infrastructure, why not build back with sustainability in mind.

Just as in his speech declaring his decision to withdraw the US from the Paris Climate Agreement (forged with US leadership and signed by 195 countries), Trump, who took a $900 million tax deduction on his failed Atlantic City casino and probably has never paid 40% tax in his life,lies to rationalize his tax plan, beginning with the lie that the US is the highest taxed nation in the world (not true) and that workers wages will increase if only shareholders and CEOs and the wealthiest 1% could keep an even greater percentage of their money (history shows the opposite).  (See New York Times, The False Promises in President Trump’s Tax Plan)

Remember: the wealthiest people used to be taxed at 90% – that was after World War II when the nation had to rebuild its treasury. We were able to afford the GI Bill which probably did more to create a middle class than anything since the New Deal. Now the wealthiest pay something between 35 to 40% – except that they don’t.

Trump (and Ryan) want to give a $170,000 annual windfall to the wealthiest Americans, while crumbs ($700) to the middle class who will lose the only tax deductions they can use.  $170,000 times four years worth mean in terms of free money (from tax-paying schnooks) is a lot of dough to invest in politicians and policy with a spectacular return: policies like enabling Big Pharma Sharks to hike up life-saving drugs by 5000%; Oil Barons to make sure incentives for wind and solar energy don’t help these industries develop into competitors; real estate developers who can delight in the tax advantages that let them take a $900 million deduction and build without interfering regulations on lands that are needed to soak up flood waters and health insurance companies to raise premiums to pad profits.

Now this nation is looking at more than $290 billion just to recover from the climate disasters which are becoming more and more frequent, hitting the high density developed urban centers.

If taxes for those who have the means to pay don’t cover the cost, who does? Ryan and the Republicans love to talk about “sacrifice” but the only ones they demand sacrifices from are not the wealthiest or the corporations, but Social Security and Medicare recipients, struggling middle class kids who need to take out loans to pay for college. Their concept is to take money out of the consumer economy, which starts a downward unvirtuous cycle of economic contraction. How do we know?” Because we have seen this movie before: the Bush tax cuts. Meanwhile, median income has risen to its highest levels in 1999 (under Bill Clinton) and 2016 (under Barack Obama) and their tax-and-spending plans.

The Trump/Ryan tax “plan” requires a federal budget that slashes spending for infrastructure, for research and development, for education, for environmental protection (and of course, eradicating any mention of climate change), even slashing spending for diplomacy and foreign aid. It depends on slashing Medicaid and subsidies to keep health insurance affordable (that’s why they are so desperate to repeal Obamacare).

It slashes the tax rate for corporations which already do not pay the nominal 35% rate. Many highly profitable corporations – including General Electric, Pepco Holdings, PG&E Corp., Priceline and Duke Energy – paid nothing into federal coffers from 2008-2015 yet benefit from all the services the government provides including roads, public safety, an educated workforce, mass transit, a military to defend their shipping.

To get to a tax cut without obscenely increasing the national debt, the Republicans say they will get rid of “loopholes” like the mortgage credit and property taxes – that would only complete the decimation of the Middle Class and destroy any semblance of an American Dream. What would make more sense, if they really cared to “reform” the tax code and stop the income distribution from middle class to the already fabulous rich, is to take away the mortgage tax credits on 2nd, 3rd homes and such, and take away the many special deductions that real estate developers like Trump has benefited from, as well as the loopholes that let hedge fund managers shield all but a fraction of their income from taxes that wage-earners pay.

And what about Puerto Rico. which already was in economic disaster – having defaulted on $70 billion in debt – and basically written off by the US government. It’s infrastructure is now totally destroyed. How will it be rebuilt? Here’s what I imagine:  Trump is so transactional, I can see a foreign country (China?) with big bucks and an interest in having a foothold in the Western Hemisphere buying Puerto Rico from the US. After all, what is $100 billion or $200 billion to put the island right?

Of course Trump’s tax “reform” plan – sketched out as if on the back of an envelope without any analysis – is really all about tax cuts to the wealthiest and to corporations. As Hillary Clinton said during a debate (which she won): “trickle down economics on steroids” from the guy who took a $900 million deduction for a failed real estate deal, which taxpayers – normal working stiffs – wind up paying for.

Those who have actually analyzed the plan have said that the wealthiest people – who have done astronomically well for decades, while middle class Americans have scarcely had a salary increase in 40 years, so that the gap between rich and poor has reached Grand Canyon proportions – would get a tax windfall of $170,000 a year, while middle class families would get something like $700. Where do the 1 percenters put that extra money which they scarcely need? Well, they invest in buying politicians and influencing policy, of course.

Tax “reform” figures into the Trump obsession with repealing Obamacare and leaving 32 million people without health insurance. It figures into the administration’s dismissal of the Gateway Tunnel project so important to the New York region’s infrastructure and economy.

But now, Trump’s Republican states are being whacked with climate catastrophes, and the money has to come from somewhere.

And let’s also be reminded that the growth in the economy – first, saving the nation from plunging into another Great Depression, and now rebounding to the highest median income, lowest unemployment rate ever and highest rate of health insurance coverage while reducing the poverty rate – happened because of Obama Administration policies and would have been even more effective in terms of raising wages and living standards if the Trump Administration did not steamroll back policies, like overtime pay, parental leave, and federal minimum wage and obstruct infrastructure development and the transition to clean, renewable energy.

People remark that the devastation in their neighborhoods from these massive climate disasters is like a bomb went off. Well, in wartime, taxes are raised – that’s how the rate on the wealthiest hit 90%, to pay off the World War II debt. This is wartime. This nation has to rebuild, and sustainably, responsibly. We need to invest in 21st and 22nd century technologies, to keep the United States a global leader. Otherwise, we will cede our leverage to China which has basically embraced the American model of spreading its political ideology (nominally, “Democracy”) through capitalism (nominally “free market” as opposed to centralized control) and is literally buying up influence over Africa and Asia.

Of course, Trump’s tax plan is Paul Ryan’s tax plan (Trump never actually had a plan), and the Republicans are content to let Trump destroy the nation and end the social safety net including Medicare, Social Security and Medicaid, and possibly embroil us in World War III, until they can get jam through the tax plan they have coveted since Reagan.