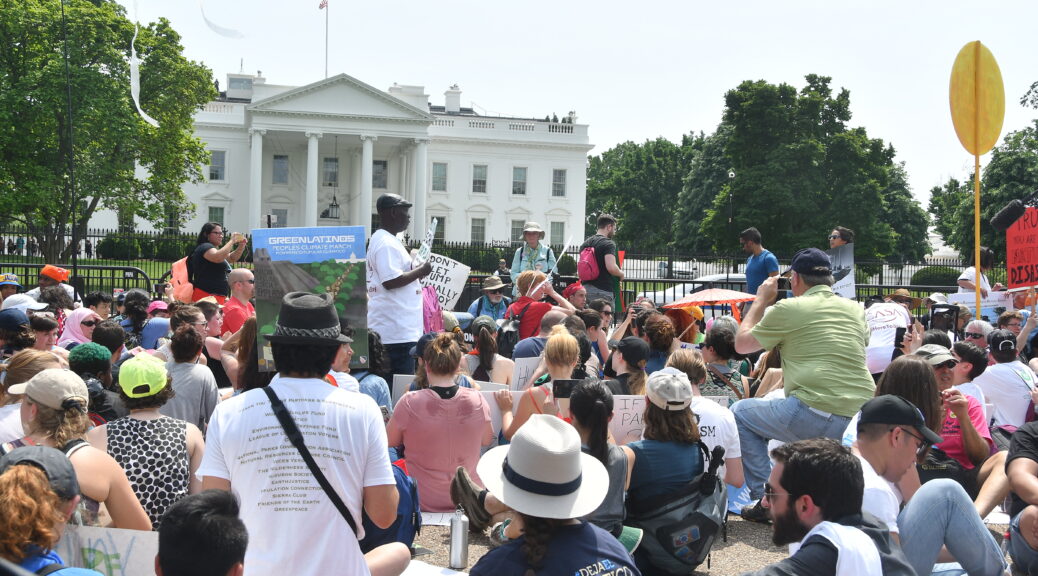 In the Orwellian name of “modernizing” and throwing around terms like “right-size the Federal Government’s environmental review,” the Trump Administration is overturning and repealing regulations aimed at protecting the environment and mitigating or reversing climate change. At the same time, he is reducing local communities ability to stop or reduce the environmental impacts of development. “By streamlining infrastructure approvals, we’ll further expand America’s unprecedented economic boom,” Trump stated. On the other hand, he has obstructed approvals of vital infrastructure projects in New York and New Jersey, including the Gateway Tunnels under the Hudson River, and a rail-link from the new and improved LaGuardia Airport into Manhattan.

This is a fact sheet from the White House –Karen Rubin/news-photos-features.com

The Trump Administration is issuing a final rule that will modernize and accelerate environmental reviews under the National Environmental Policy Act (NEPA), so that infrastructure can be built in a timely, efficient, and affordable manner.

This marks the end of a multi-year review, which produced more than 1.1 million public comments and involved a broad range of stakeholders.

The final rule modernizes Federal NEPA regulations, including by codifying certain court decisions to clarify NEPA’s application and by expanding public involvement in NEPA reviews through the use of modern technology.

Together, these common sense reforms will slash unnecessary government bureaucracy and accelerate important infrastructure projects all across the Nation.

Since NEPA’s enactment, the environmental review process has been burdensome for both Federal agencies conducting reviews and Americans seeking permits or approvals.

Environmental impact statements average over 650 pages, and it takes Federal agencies on average four and a half years to conduct required reviews.

According to the Council on Environmental Quality, environmental impact statements for highway projects take more than seven years on average and often take a decade or more.

NEPA reviews are also frequently challenged in court, making it very challenging for businesses and communities to plan, finance, and build projects in the United States.

President Trump is making good on his promise to conduct historic deregulation, removing job killing regulations that have stifled economic growth for far too long.

President Trump also did away with the Obama Administration’s expensive, heavy handed, and job-killing Clean Power Plan, replacing it with the much improved Affordable Clean Energy (ACE) Rule.

The President launched his Governors’ Initiative on Regulatory Innovation to cut outdated regulations, put people over paperwork, and align Federal and State regulations.

Under President Trump, the United States has remained a world leader in protecting the environment and reducing greenhouse gas emissions, while becoming the largest producer of oil and natural gas in the world.

One thought on “Trump Overturns Environmental Protections to Speed Development”