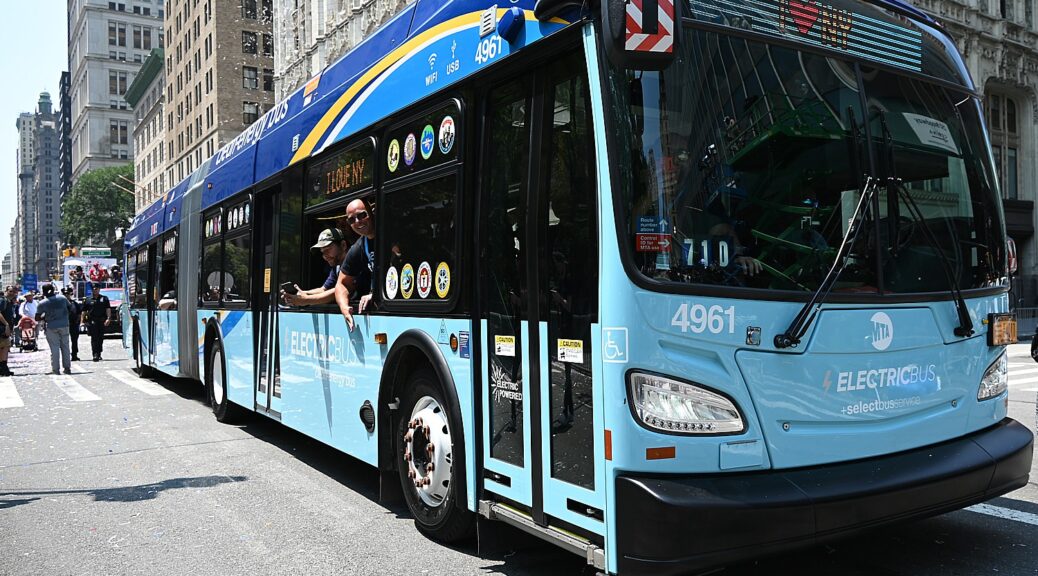 On July 28, 2021, President Joe Biden and the bipartisan group announced agreement on the details of a once-in-a-generation investment in our infrastructure, which will be taken up in the Senate for consideration. In total, the deal includes $550 billion in new federal investment in America’s infrastructure, according to a fact sheet from the White House , which details what is included:

The Bipartisan Infrastructure Deal will grow the economy, enhance our competitiveness, create good jobs, and make our economy more sustainable, resilient, and just.

The deal will create good-paying, union jobs. With the President’s Build Back Better Agenda, these investments will add, on average, around 2 million jobs per year over the course of the decade, while accelerating America’s path to full employment and increasing labor force participation.

President Biden believes that we must invest in our country and in our people by creating good-paying union jobs, tackling the climate crisis, and growing the economy sustainably and equitably for decades to come. The Bipartisan Infrastructure Deal will deliver progress towards those objectives for working families across the country. The Bipartisan Infrastructure Deal:

The President promised to work across the aisle to deliver results for working families. He believes demonstrating that democracies can deliver is a critical challenge for his presidency. Today’s agreement shows that we can come together to position American workers, farmers, and businesses to compete and win in the 21st century.

One in five miles, or 173,000 total miles, of our highways and major roads and 45,000 bridges are in poor condition. Bridges in poor condition pose heightened challenges in rural communities, which often may rely on a single bridge for the passage of emergency service vehicles. The Bipartisan Infrastructure Deal will invest $110 billion of new funds for roads, bridges, and major projects, and reauthorize the surface transportation program for the next five years building on bipartisan surface transportation reauthorization bills passed out of committee earlier this year.  This investment will repair and rebuild our roads and bridges with a focus on climate change mitigation, resilience, equity, and safety for all users, including cyclists and pedestrians. The bill includes a total of $40 billion of new funding for bridge repair, replacement, and rehabilitation, which is the single largest dedicated bridge investment since the construction of the interstate highway system. The bill also includes a total of $17.5 billion for major projects that are too large or complex for traditional funding programs but will deliver significant economic benefits to communities.

America has one of the highest road fatality rates in the industrialized world. The deal invests $11 billion in transportation safety programs, including a new Safe Streets for All program to help states and localities reduce crashes and fatalities in their communities, especially for cyclists and pedestrians. It will more than double funding directed to programs that improve the safety of people and vehicles in our transportation system, including highway safety, truck safety, and pipeline and hazardous materials safety.

America’s transit infrastructure is inadequate – with a multibillion-dollar repair backlog, representing more than 24,000 buses, 5,000 rail cars, 200 stations, and thousands of miles of track, signals, and power systems in need of replacement. The deal invests $39 billion of new investment to modernize transit, and improve accessibility for the elderly and people with disabilities, in addition to continuing the existing transit programs for five years as part of surface transportation reauthorization.  This is the largest Federal investment in public transit in history, and devotes a larger share of funds from surface transportation reauthorization to transit in the history of the programs. It will repair and upgrade aging infrastructure, modernize bus and rail fleets, make stations accessible to all users, and bring transit service to new communities. It will replace thousands of transit vehicles, including buses, with clean, zero emission vehicles.  And, it will benefit communities of color since these households are twice as likely to take public transportation and many of these communities lack sufficient public transit options.

Unlike highways and transit, rail lacks a multi-year funding stream to address deferred maintenance, enhance existing corridors, and build new lines in high-potential locations. The deal positions Amtrak and rail to play a central role in our transportation and economic future. This is the largest investment in passenger rail since the creation of Amtrak 50 years ago. The deal invests $66 billion in rail to eliminate the Amtrak maintenance backlog, modernize the Northeast Corridor, and bring world-class rail service to areas outside the northeast and mid-Atlantic. Within these totals, $22 million would be provided as grants to Amtrak, $24 billion as federal-state partnership grants for Northeast Corridor modernization, $12 billion for partnership grants for intercity rail service, including high-speed rail, $5 billion for rail improvement and safety grants, and $3 billion for grade crossing safety improvements.

U.S. market share of plug-in electric vehicle (EV) sales is only one-third the size of the Chinese EV market. The President believes that must change. The bill invests $7.5 billion to build out a national network of EV chargers. This is the first-ever national investment in EV charging infrastructure in the United States and is a critical element in the Biden-Harris Administration’s plan to accelerate the adoption of EVs to address the climate crisis and support domestic manufacturing jobs. The bill will provide funding for deployment of EV chargers along highway corridors to facilitate long-distance travel and within communities to provide convenient charging where people live, work, and shop.  Federal funding will have a particular focus on rural, disadvantaged, and hard-to-reach communities.

American school buses play a critical role in expanding access to education, but they are also a significant source of pollution. The deal will deliver thousands of electric school buses nationwide, including in rural communities, helping school districts across the country buy clean, American-made, zero emission buses, and replace the yellow school bus fleet for America’s children. The deal invests $2.5 billion in zero emission buses, $2.5 billion in low emission buses, and $2.5 billion for ferries. These investments will drive demand for American-made batteries and vehicles, creating jobs and supporting domestic manufacturing, while also removing diesel buses from some of our most vulnerable communities. In addition, they will help the more than 25 million children and thousands of bus drivers who breathe polluted air on their rides to and from school. Diesel air pollution is linked to asthma and other health problems that hurt our communities and cause students to miss school, particularly in communities of color and Tribal communities.

Too often, past transportation investments divided communities – like the Claiborne Expressway in New Orleans or I-81 in Syracuse – or it left out the people most in need of affordable transportation options. In particular, significant portions of the interstate highway system were built through Black neighborhoods. The deal creates a first-ever program to reconnect communities divided by transportation infrastructure.  The program will fund planning, design, demolition, and reconstruction of street grids, parks, or other infrastructure through $1 billion of dedicated funding.

The United States built modern aviation, but our airports lag far behind our competitors. According to some rankings, no U.S. airports rank in the top 25 of airports worldwide. Our ports and waterways need repair and reimagination too. The bill invests $17 billion in port infrastructure and $25 billion in airports to address repair and maintenance backlogs, reduce congestion and emissions near ports and airports, and drive electrification and other low-carbon technologies. Modern, resilient, and sustainable port, airport, and freight infrastructure will support U.S. competitiveness by removing bottlenecks and expediting commerce and reduce the environmental impact on neighboring communities.

Millions of Americans feel the effects of climate change each year when their roads wash out, airport power goes down, or schools get flooded. Last year alone, the United States faced 22 extreme weather and climate-related disaster events with losses exceeding $1 billion each – a cumulative price tag of nearly $100 billion. People of color are more likely to live in areas most vulnerable to flooding and other climate change-related weather events. The deal makes our communities safer and our infrastructure more resilient to the impacts of climate change and cyber attacks, with an investment of over $50 billion. This includes funds to protect against droughts and floods, in addition to a major investment in weatherization. The bill is the largest investment in the resilience of physical and natural systems in American history.

Currently, up to 10 million American households and 400,000 schools and child care centers lack safe drinking water. The deal’s $55 billion investment represents the largest investment in clean drinking water in American history, including dedicated funding to replace lead service lines and the dangerous chemical PFAS (per- and polyfluoroalkyl). It will replace all of the nation’s lead pipes and service lines. From rural towns to struggling cities, the deal invests in water infrastructure across America, including in Tribal Nations and disadvantaged communities that need it most.

Broadband internet is necessary for Americans to do their jobs, to participate equally in school learning, health care, and to stay connected. Yet, by one definition, more than 30 million Americans live in areas where there is no broadband infrastructure that provides minimally acceptable speeds – a particular problem in rural communities throughout the country. The deal’s $65 billion investment ensures every American has access to reliable high-speed internet with an historic investment in broadband infrastructure deployment, just as the federal government made a historic effort to provide electricity to every American nearly one hundred years ago.

In thousands of rural and urban communities around the country, hundreds of thousands of former industrial and energy sites are now idle – sources of blight and pollution. 26% of Black Americans and 29% of Hispanic Americans live within 3 miles of a Superfund site, a higher percentage than for Americans overall. Proximity to a Superfund site can lead to elevated levels of lead in children’s blood. The deal invests $21 billion in environmental remediation, making the largest investment in addressing the legacy pollution that harms the public health of communities and neighborhoods in American history, creating good-paying union jobs in hard-hit energy communities and advancing economic and environmental justice. The bill includes funds to clean up superfund and brownfield sites, reclaim abandoned mine land and cap orphaned gas wells.

As the recent Texas power outages demonstrated, our aging electric grid needs urgent modernization. A Department of Energy study found that power outages cost the U.S. economy up to $70 billion annually. The deal’s $73 billion investment is the single largest investment in clean energy transmission in American history.  It upgrades our power infrastructure, including by building thousands of miles of new, resilient transmission lines to facilitate the expansion of renewable energy. It creates a new Grid Deployment Authority, invests in research and development for advanced transmission and electricity distribution technologies, and promotes smart grid technologies that deliver flexibility and resilience. It invests in demonstration projects and research hubs for next generation technologies like advanced nuclear reactors, carbon capture, and clean hydrogen.

In the years ahead, the deal, which will generate significant economic benefits, and it is financed through a combination of redirecting unspent emergency relief funds, targeted corporate user fees, strengthening tax enforcement when it comes to crypto currencies, and other bipartisan measures, in addition to the revenue generated from higher economic growth as a result of the investments.