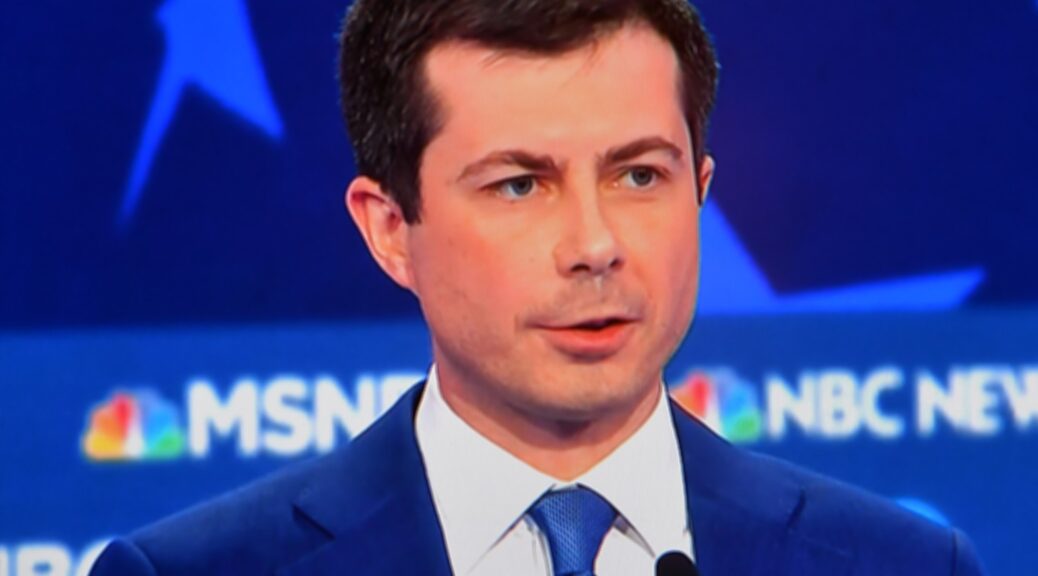 The vigorous contest of Democrats seeking the 2020 presidential nomination has produced excellent policy proposals to address major issues. Pete Buttigieg, stepping up his progressive bona fides, offered his plan to rebalance the economy in favor of American families, while ensuring the largest corporations and the wealthiest Americans pay their fair share. This is from the Buttigieg campaign:

Los Angeles, CA – Today, Pete Buttigieg announced a series of proposals to rebalance the economy in favor of American families while ensuring the largest corporations and the wealthiest Americans pay their fair share.

Pete is announcing a series of proposals that will provide tax relief to the 98% of American households that aren’t in the richest 2%, including expanding the child tax credit to reduce child poverty by 2.5 million, expanding the Earned Income Tax Credit by an average of $1,000 per year for 35 million American families and rolling back the Trump administration’s cap on the State and Local Tax Deduction (SALT), which disproportionately hurts states like California in their efforts to enact more progressive tax policies.

At the same time, Pete will hold Wall Street and corporations accountable for paying their fair share. As president, Pete will roll back the Trump and Reagan-era tax cuts on millionaires and billionaires, impose a Financial Transaction Tax and make big banks pay for financial crisis risk to ensure Wall Street no longer takes advantage of Main Street, and crack down on multinational corporations shipping profits and jobs overseas.

“This president has done everything in his power to line the pockets of corporations and the wealthy, while too many working and middle class families are having to choose between child care and saving for college, and while homeownership remains out of reach for millions,” said Pete Buttigieg. “As president, I will rebalance our economy so it works for all Americans, hold Wall Street and corporations accountable, and bring fairness to our tax system so we can lift millions out of poverty and into greater opportunity.”

Pete’s plans to achieve tax fairness in America include:

Under the Trump administration, housing and health care costs have outstripped working-class wages. As President, Pete will rebalance the economy in favor of working and middle class Americans by making the current Child Tax Credit fully refundable, so every family earning under $400,000 receives $2,000 per child per year in refundable tax relief. He will also create an additional $1,000 refundable Young Child Tax Credit for children under 6. These policies will lift 2.5 million children out of poverty, including 1.5 million Black and Latino children.

Pete will expand the Earned Income Tax Credit and grow workers’ incomes by an average of $1,000 per year for 35 million American households. This tax cut will help put more money in the hands of workers and middle class families by offsetting income taxes and other taxes that eat into workers’ take home pay.

SALT avoids penalizing states and cities in high-cost areas and with robust social services, by allowing families to pay state and local taxes out of pre-federal-income-tax dollars and thereby avoid double taxation. In the 2017 Republican tax bill, while at the same time as providing tax breaks to corporations and millionaires, Trump placed a politically motivated cap on SALT. Trump’s economic adviser gloated that it would deliver “death to Democrats” by hurting families in Democratic-leaning states with high costs of living and more progressive tax policies and social services. Removing the SALT cap for families undoes Trump’s politically motivated tax increase and enables governors and mayors across the country to enact progressive tax policies.

These efforts bring Pete’s total direct investments in the working and middle class families to $6 trillion and, in combination with his other policy proposals, will cut child poverty in half. He makes an additional $3 trillion of long-term investments in climate resilience, strengthening our infrastructure, and protecting Social Security for American workers and families.

At the same time as providing tax relief to working and middle class Americans, Pete will hold Wall Street, corporations and the wealthy accountable to pay their fair share by:

It’s time that Wall Street be held accountable for taking advantage of Main Street. As president, Pete will impose a .1% financial transaction tax on all stock and other securities trades to curb inequality and Wall Street gambling that causes “flash crashes”. Pete will also make big banks pay every year for the extra financial crisis risk they pose: the bigger and more threatening the bank, the more tax they have to pay. Together, these policies will raise $900 billion to pay for tax relief for working and middle class Americans and to invest in priorities like education, infrastructure and protecting Social Security.

Foreign profits of U.S. multinational corporations are currently taxed at only 10.5% and on a weak “global basis” instead of a strong “per-country basis”. As president, Pete will increase the tax on corporate profits made abroad on a per-country basis at a 28-35% rate to ensure that multinational companies are held accountable when they ship profits and jobs overseas. This will raise over $700 billion to pay for tax relief for working and middle class Americans and to invest in priorities like education, infrastructure and long-term care for ailing seniors.