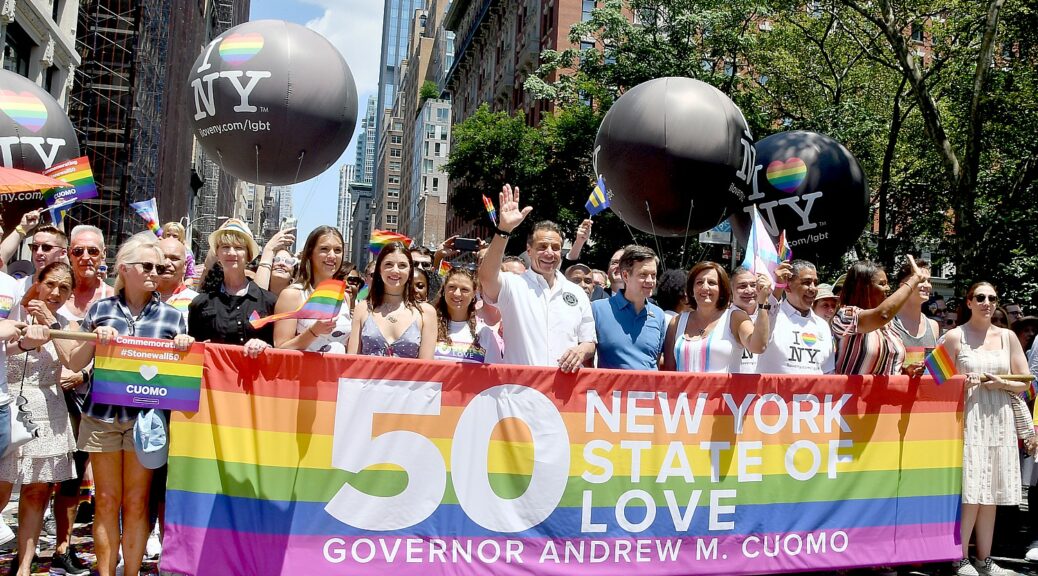 What a difference 50 years makes – from the Stonewall Uprising when the forces of government were marshaled against the gay and lesbian community, to today, when government officials and even members of New York City’s Police Department, flocked to take part in WorldPride NYC 2019, the largest Pride event in history.

US State Senator Charles Schumer, with his familiar bullhorn, declared,, “I was the first US Senator to march, and I won’t be the last.”

Governor Cuomo did not come empty-handed: he used the occasion to sign into law legislation banning the gay and trans panic legal defense (S3293/A2707), fulfilling his pledge to ensure nobody uses this abhorrent legal defense strategy in the State of New York. The Governor signed the measure, a key component of his 2019 Justice Agenda, on WorldPride and the 50th anniversary of the Stonewall uprising. The Governor also vowed to double down next legislative session on his campaign to legalize gestational surrogacy, which the Assembly failed to take up this year.

There were contingents from just about every city agency, from Sanitation to Transportation, the Department of Social Services, to the Bar Association and teachers.

“In the month of June, we celebrated 50 years of Pride here in New York State and around the world,” stated New York’s Lt. Governor Kathy Hochul. “We marched in parades from Buffalo to Albany, and finished the month with World Pride in New York City this past weekend.

“We celebrated how far the LGBTQ+ community has come since the Stonewall Uprising in 1969, and reflected on the progress we still have to make.

“Throughout this legislative session over the last six months, we made history. GENDA is now the law of the land, ensuring permanent protections for transgender New Yorkers. Young people are now protected from the barbaric practice of conversion therapy. Finally, with the stroke of a pen, we ended the legalized hatred that was once allowed by the gay and trans ‘panic’ defense.

“I am always proud to stand in solidarity with the LGBTQ+ community and continue the fight for equality.”

Record Numbers Turn Out for WorldPride NYC 2019, A Celebration of Pride & Joy