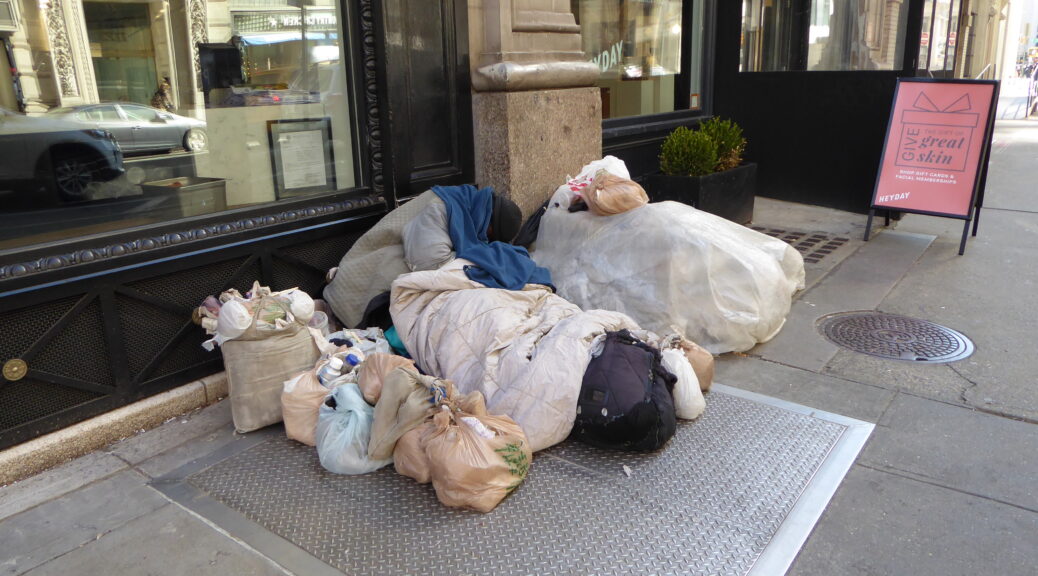 Vice President Joe Biden, the presumptive Democratic candidate for president, calls out Trump and the Republicans for sitting by as 20 million Americans who have lost their jobs as a direct result of the coronavirus pandemic, now face eviction from their apartments, foreclosure from their homes (Treasury Secretary Steve Mnuchin made a fortune foreclosing on people in the 2008 Great Recession). The impacts of this collapse of family finances will follow for the rest of their lives, effectively canceling out the American Dream, if families can survive at all. I would submit what seems “merely”callous and indifferent to the suffering of so many is intentional. It is yet another tool in the Trump and Republicans’ campaign to suppress votes by likely Democratic voters – the more misery the better, but also, these voters can be challenged at the polls as no longer living where they were registered and unable to receive a vote-by-mail.

In contrast, Trump has elevated housing – fair housing – into another bullhorn call-out to his base. Just as he has done to sabotage Obamacare in the midst of a pandemic, he has rolled back an Obama-era rule – Affirmatively Furthering Fair Housing — that required local governments provide fair housing in order to receive federal housing funds. Trump tweet-gloated, not even bothering to code his meaning about who he was appealing to and why: “I am happy to inform all the people living their Suburban Lifestyle Dream that you will no longer be bothered or financially hurt by having low income housing built inyour neighborhood…Your housing prices will go up based on the market, and crime will go down. I have rescinded the Obama-Biden AFFH Rule. Enjoy!”

This is a statement from Vice President Biden on what a functioning federal response to such widespread homelessness should be: pass an emergency housing relief package –Karen Rubin/news-photos-features.com

Today is the first day of another month where rent and mortgage payments are due for millions of Americans who are already living on the edge. It comes a day after President Trump and Leader McConnell sent the Senate home for the weekend and allowed enhanced unemployment insurance, which millions of families have been using to pay their rent and bills, to lapse. And, the day after, we found out the last three months have been the worst period for our economy in recorded history. Hundreds of thousands of small businesses have shut their doors, with minority entrepreneurs especially hard hit. More than 30 million Americans are struggling to get by as their unemployment benefits are about to get sharply cut. Over the next two months, with no federal eviction moratorium in place, as many as 20 million families could find themselves out in the street without a safe place to live.

Because Donald Trump is abdicating his responsibility to lead us out of the pandemic crisis and the economic crisis, we now face a potential housing crisis across the country.

To prevent a catastrophic rise in evictions and homelessness, President Trump must work with Congress to act swiftly and enact a broad emergency housing support program for renters, just as we would in the aftermath of a natural disaster. Such a step would get help out quickly and at scale so that millions of people aren’t evicted or forced to choose between rent and food. Congress must also provide emergency unemployment benefits, greater access to food and nutrition programs, and full subsidies to allow families to keep their health insurance, so that the loss of one family member’s job doesn’t push the family into foreclosure and on the streets. This legislation must also include the fiscal relief necessary so state and local governments can keep on payroll the first responders, public school educators, and other public servants who ensure our cities and towns are clean, safe, and running.

Combined, these steps could put the nation in a much stronger position to handle the strain the virus is putting on millions of Americans and our entire economy. They are among many others we must take.

But we need a President to care, lead, and act.