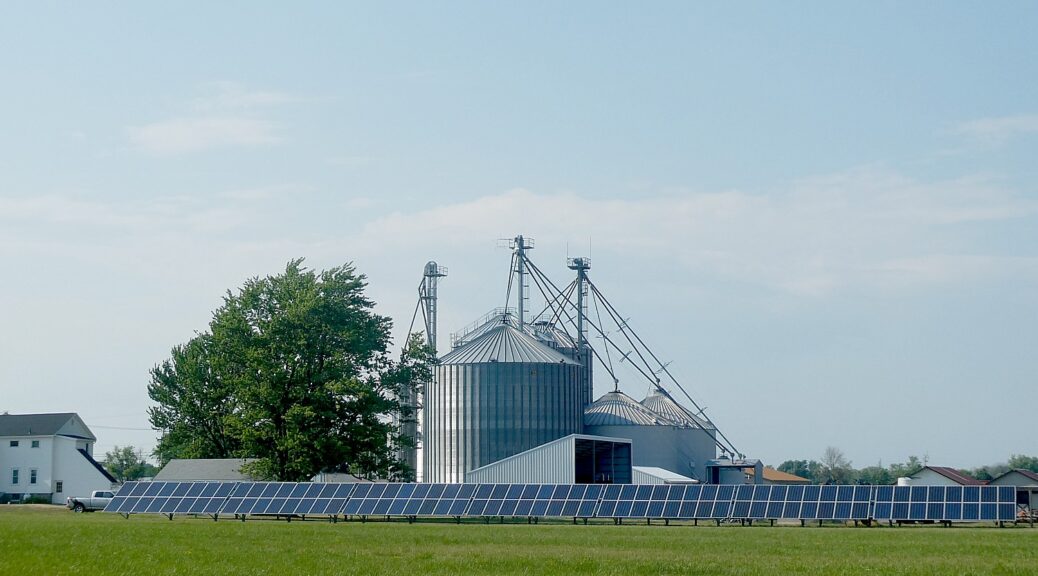 This fact sheet provided by the White House spells out how the bipartisan infrastructure package just passed will arm the government in battling the climate crisis:

President Biden has made combatting the climate crisis a central priority of his Administration, including throughout his legislative agenda. Climate change is already impacting almost every aspect of life in the United States. Extreme heat waves, catastrophic wildfires, and severe drought are taking American lives and livelihoods. In the last year alone, extreme weather has cost America more than $100 billion – often hitting historically underserved groups the hardest, particularly low-income communities, communities of color, and people with disabilities. In just the last few months, nearly 1 in 3 Americans have been hit by a severe weather disaster and 2 in 3 Americans have suffered through dangerous heat waves. Delayed action on climate also sets us back in the global race on manufacturing and innovation, preventing us from harnessing the economic opportunity that this moment represents.

As President Biden emphasized at COP26 in Glasgow, climate change poses an existential threat to people, economies, and countries across the world – and it requires swift and bold action to reduce emissions and strengthen resilience. President Biden has been clear: the climate crisis is a blinking code red for our nation. We must take decisive action to tackle the climate crisis in a way that strengthens our nation’s resilience, cuts consumer costs, and ensures the U.S. can compete and win in the race for the 21st century. This moment demands urgent investments the American people want and our nation needs – investments that will bolster America’s competitiveness, resilience, and economy all while creating good-paying jobs, saving people money, and building an equitable clean energy economy of the future.

President Biden’s Bipartisan Infrastructure Deal passed by Congress will strengthen our nation’s resilience to extreme weather and climate change while reducing greenhouse gas emissions, expanding access to clean drinking water, building up a clean power grid, and more. When coupled with the Build Back Better Framework, these historic investments will help reduce our emissions by well over one gigaton this decade – ensuring we meet President Biden’s commitment to reduce U.S. emissions by 50-52% from 2005 levels in 2030, create a 100% carbon pollution-free power sector by 2035, and achieve a net-zero economy by 2050. Together, these once-in-a-generation investments will unlock the full potential of a clean energy economy that combats climate change, advances environmental justice, and creates good-paying, union jobs.

President Biden promised to work across the aisle and unify the country to deliver results for working families. The Bipartisan Infrastructure Deal is a critical step towards reaching President Biden’s goal of a net-zero emissions economy by 2050, and is paired with the Build Back Better Framework to realize his full vision to grow our economy, lower consumer costs, create jobs, reduce climate pollution, and ensure more Americans can participate fully and equally in our economy.

Public Transit
The Bipartisan Infrastructure Deal makes the largest investment in passenger rail since the creation of Amtrak – helping reduce greenhouse gas emissions by repairing, upgrading, and modernizing the nation’s transit infrastructure. The deal will invest $66 billion to provide healthy, sustainable transportation options for millions of Americans by modernizing and expanding transit and rail networks across the country. It will replace thousands of transit vehicles, including buses, with clean, zero emission vehicles. And, it will benefit communities of color who are twice as likely to take public transportation and often lack sufficient public transit options. In addition, it will help transit workers who are disproportionally workers of color.

Electric Vehicle Infrastructure
The Bipartisan Infrastructure Deal will invest $7.5 billion to build out the first-ever national network of EV chargers in the United States. The deal is also a critical element in the Biden-Harris Administration’s plan to accelerate the adoption of EVs to address the climate crisis and support domestic manufacturing jobs. The deal will provide funding for deployment of EV chargers along highway corridors to facilitate long-distance travel and within communities to provide convenient charging where people live, work, and shop – and funding will have a particular focus on rural, disadvantaged, and hard-to-reach communities.

Clean School Buses
The Bipartisan Infrastructure Deal will deliver thousands of electric school buses nationwide, including in rural communities, to help school districts across the country buy clean, American-made, zero emission buses and replace the yellow school bus fleet for America’s children. The deal invests in zero- and low-emission school buses, in addition to more than $5 billion in funding for public transit agencies to adopt low- and no-emissions buses. These investments will drive demand for American-made batteries and vehicles, creating jobs and supporting domestic manufacturing, while also removing diesel buses from some of our most vulnerable communities. In addition, they will help the more than 25 million children and thousands of bus drivers who breathe polluted air on their rides to and from school. Diesel air pollution is linked to asthma and other health problems that hurt our communities and cause students to miss school, particularly in communities of color and Tribal communities.

Modern Infrastructure
The Bipartisan Infrastructure Deal invests $17 billion in port infrastructure and $25 billion in airports to address repair and maintenance backlogs, reduce congestion and emissions near ports and airports, and drive electrification and other low-carbon technologies. Modern, resilient, and sustainable port, airport, and freight infrastructure will support U.S. competitiveness by removing bottlenecks and expediting commerce and reduce the environmental impact on neighboring communities.

Resilience
The Bipartisan Infrastructure Deal is the largest investment in the resilience of physical and natural systems in American history. Millions of Americans feel the effects of climate change each year when their roads wash out, airport power goes down, or schools get flooded. People of color are more likely to live in areas most vulnerable to flooding and other climate change-related weather events. The deal makes our communities safer and our infrastructure more resilient to the impacts of climate change and cyber-attacks, with an investment of over $50 billion to protect against droughts, heat, and floods – in addition to a major investment in the weatherization of American homes.

Legacy Pollution
The Bipartisan Infrastructure Deal delivers the largest investment in tackling legacy pollution in American history by cleaning up Superfund and brownfield sites, reclaiming abandoned mines, and capping orphaned oil and gas wells. In thousands of rural and urban communities around the country, hundreds of thousands of former industrial and energy sites are now idle – sources of blight and pollution. Proximity to a Superfund site can lead to elevated levels of lead in children’s blood. Millions of Americans also live within a mile of the tens of thousands of abandoned mines and oil and gas wells – a large, continuing course of methane, a powerful greenhouse gas that is a major cause of climate change. The bill will invest $21 billion to clean up Superfund and brownfield sites, reclaim abandoned mine land, and cap orphaned oil and gas wells. These projects will remediate environmental harms, address the legacy pollution that harms the public health of communities, create good-paying, union jobs, and advance long overdue environmental justice This investment will benefit communities of color like the 26% of Black Americans and 29% of Hispanic Americans who live within three miles of a Superfund site – a higher percentage than for Americans overall.

Clean Energy Transmission
The Bipartisan Infrastructure Deal’s more than $65 billion investment is the largest investment in clean energy transmission and the electric grid in American history. It upgrades our power infrastructure, including by building thousands of miles of new, resilient transmission lines to facilitate the expansion of renewable energy. It creates a new Grid Deployment Authority, invests in research and development for advanced transmission and electricity distribution technologies, and promotes smart grid technologies that deliver flexibility and resilience. It also invests in demonstration projects and research hubs for next generation technologies like advanced nuclear reactors, carbon capture, and clean hydrogen.