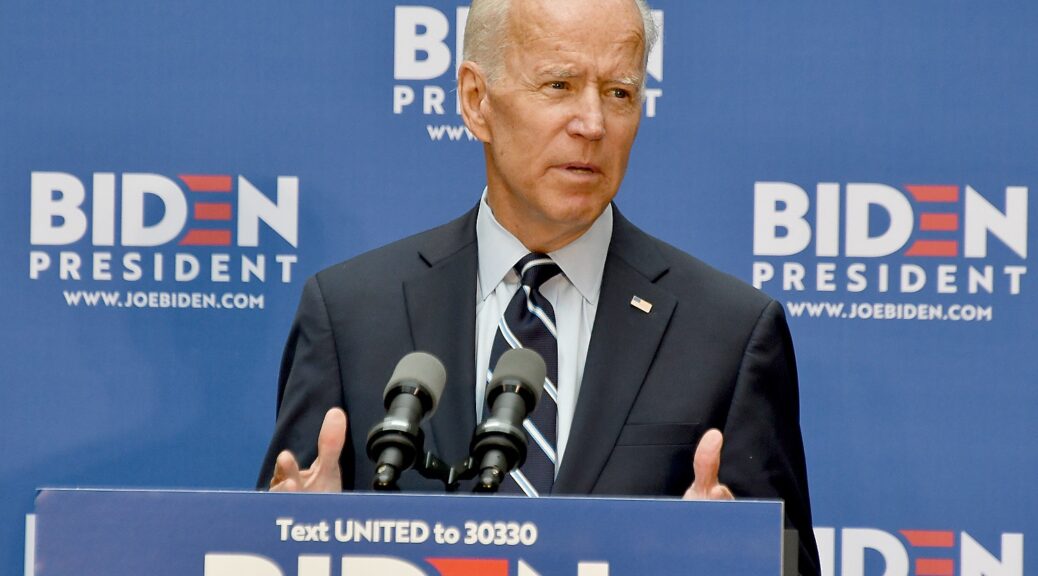 Demonstrating once again a clear contrast between the failed leadership of a clueless Donald Trump, who only knows how to politicize, attack and destroy, Vice President Joe Biden is calling for the US to lift sanctions on Iran, which is undergoing one of the deadliest COVID-19 outbreaks in the world. “America should lead. We should be the first to offer help to people who are hurting or in danger… To stop this pandemic effectively, every country on earth will need to work together.” Here is Biden’s statement:  –Karen Rubin, news-photos-features.com.

In times of global crisis, America should lead. We should be the first to offer help to people who are hurting or in danger. That’s who we are. That’s who we’ve always been. And, in the midst of this deadly pandemic that respects no borders, the United States should take steps to offer what relief we can to those nations hardest hit by this virus — including Iran — even as we prioritize the health of the American people.

Iran is struggling to contain one of the deadliest COVID-19 outbreaks in the world. While the Iranian government has failed to respond effectively to this crisis, including lying and concealing the truth from its own people, and it continues to act provocatively in the region, the Iranian people are hurting desperately. It is bad enough that the Trump administration abandoned the Iran nuclear deal in favor of a “maximum pressure” strategy that has badly backfired, encouraging Iran to become even more aggressive and restart its nuclear program. It makes no sense, in a global health crisis, to compound that failure with cruelty by inhibiting access to needed humanitarian assistance. Whatever our profound differences with the Iranian government, we should support the Iranian people.

There are already humanitarian exceptions in place for sanctions, but in practice, most governments and organizations are too concerned about running afoul of U.S. sanctions to offer assistance. As a result, our sanctions are limiting Iran’s access to medical supplies and needed equipment. The Trump Administration should take immediate steps to address this problem and streamline channels for banking and public health assistance from other countries in response to the health emergency in Iran.

Specific steps should include: issuing broad licenses to pharmaceutical and medical device companies; creating a dedicated channel for international banks, transportation companies, insurers, and other service firms to help Iranians access life-saving medical treatment; issuing new sanctions guidance to these groups and international aid organizations to make it clear how they can immediately, directly, and legally respond to the tragedy in Iran, without fear of penalty; and, for entities already conducting enhanced due diligence, it should issue comfort letters to reassure them that they will not be subject to U.S. sanctions if they engage in humanitarian trade with Iran to support its COVID-19 response. The administration should also consider similar steps to ensure that U.S. sanctions do not inhibit live-saving medical assistance to other countries hard hit by the virus.

The administration’s offer of aid to Iran is insufficient if not backed by concrete steps to ensure the United States is not exacerbating this growing humanitarian crisis. Whatever our many, many disagreements with the Iranian government, it’s the right and the humane thing to do. And Iran also should make a humanitarian gesture and allow detained American citizens to return home.

To stop this pandemic effectively, every country on earth will need to work together. We must address COVID-19 outbreaks wherever they occur, because as long as this virus is spreading anywhere in the world, it is a danger to public health everywhere. Artificially limiting the flow of international humanitarian assistance to pursue a political point will not only allow the Iranian government to deflect responsibility for its own botched response, it will increase the threat this virus poses to the American people, now and in the future. 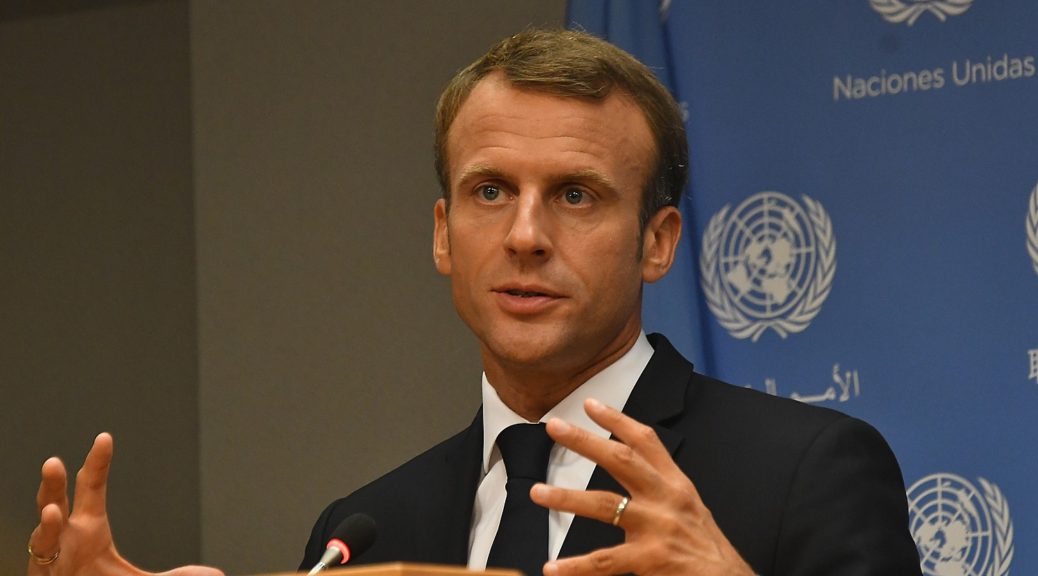 Emmanuel Macron, President of France, threw down the gauntlet to US President Donald Trump, delivering the anti-America First rebuttal to Trump’s speech to the 73rd United Nations General Assembly. Macron defended multilateralism while urging new coalitions form to solve the most pressing global issues and offering mechanisms to isolate, work around, and ultimately weaken the ability of the United States to force its will.

He contradicted Trump’s call for countries to sanction Iran and said that he would like the Euro to be strengthened to weaken the US dollar as a global currency and its ability to be used as a cudgel to force nations to bow to United States.

Insisting on multilateralism as the only means to prevent conflicts and deal with global issues of inequality, climate change, Macron drew stark contrast to Trump’s dystopian view of globalism, evoking  the memory of two world wars out of the ashes of which the United Nations was formed. Instead of following Trump’s call to increase sanctions on Iran, he urged more cooperation, and advocated for the two-state solution to the Israel-Palestinian conflict.

“During anniversary of 1948 declaration [of Human Rights], we are reminded that human rights not a cultural fact, but fundamental values… universality is compatible with sovereignty of people and is indeed only way to preserve rights – France shall remain there to make sure world not forget that nationalism always leads to defeat, that if courage is lacking in defense of fundamental principles, international order becomes fragile and this can lead, as we have seen twice, to global war.”

In his speech and afterward at a press briefing, Macron struck at Trump’s pet issue, trade, suggesting that either France would not forge a trade agreement with a country that was not part of the Paris Climate Accord, or there would be mitigation (which makes sense since Trump argues there are economic costs to climate action, therefore producers who do not adhere would have an advantage over countries that impose standards and regulations aimed at curbing heat-trapping gases). Macron said such trade agreements would also be used to bar genetically-modified food products.

“That means there is no comprehensive agreement if [the nation is] not in line with Paris … Today we need to find solutions where we can equalize tariffs – if neutral on climate – however this generation of significant trade agreements that might run counter, I’m not in favor of.

“France continues to spearhead this global fight against climate change,” Macron added. “In the G7, I will work to see the Paris obligations increased… The G7 must remain firmly committed to democracy, unified, also lead to new coalitions, reforging the global collective system – new forms of cooperation to make strides forward – effectively push back against these inequalities which have eroded our societies – mistrust- isolationism – fueled such actions –all these inequalities we have let fester and collective inability to find solutions. No single nation can solve on its own.” But, he said, “Our collective system falling apart…”

He also veered significantly away from Trump’s call to impose new sanctions on Iran, saying that the situation isn’t helped by hurting Iran’s economy.

“What will bring a real solution to the situation in Iran and what has already stabilized it? The law of the strongest? Pressure from only one side? No! We know that Iran was on a nuclear military path but what stopped it? The 2015 Vienna accord,” he said.

“The strategy of the United States to reduce Iranian financial capacity to weaken [the regime] I don’t share. I believe we can bring more pressure politically if we support Iran’s economic situation – that would put more pressure on current regime. For some months, I have been working to keep Iran in [the nuclear] agreement, and develop substitutes but it won’t replace all US (sanctions), the businesses that are exposed to US – but will help industrial and trade solutions for regional powers. In context of Vienna agreement, the work we have undertaken with 3 European countries (France, Germany, United Kingdom) and the European Union, working with Iran, but we also started with China, India, Russia, to work with them and regional powers, to find a trade solution that is viable and make it possible to build a solution.

“Clearly we can’t respond to all solutions, but we are convinced some trade solutions might give beginning of answer. The crux of matter is we favor of strengthening Iran’s economic and financial sovereignty –I  don’t think good for Europe, for the US decision to impact European business that can’t work with (Iran). Certain American decisions [are possible] due to extraterritoriality of dollar. I am in favor of a stronger Euro and a stronger Eurozone – that would provide a counterbalance to dollars. I am in favor of rules in trade, financial, economic to strengthen European sovereignty with market [forces]. That is one of the things the next mandate of European Parliament and commission [need to address].”

He gave an indirect rebuke to Trump (who hailed his decision to move the US Embassy to Jerusalem) on the Israel-Palestinian conflict, saying, “What can resolve the crisis between Israel and Palestine?” asked Macron. “Not unilateral initiatives, nor trampling on the legitimate rights of the Palestinian people to legitimate peace. There is no credible alternative to the two-state solution.”

Macron was treated as rock star – The session he headed on reaffirming Climate Action goals was standing room only – guards had to fight off people trying to get into the too-small conference room.

Macron seems to be taking over the role of “conscience” of world – fighting for climate action, equality, education, rational migration, sustainable development. He moaned over the 250 million children who cannot attend school, the 100 million living in abject poverty.

You may be tired of multilateralism,” he said, but “never forget that genocide which led to you being here today, the very genocides which are fueled by divisions, erosion of the global order, all of this happens because we turn our heads and remain complacent… I do not accept the erosion of multilateralism. I don’t accept our history unraveling. Our children are watching. Let us address the crises, work together to combat inequalities, do it on a human level [guided by the] principle of universalism.

Macron urged new financing mechanisms – for example, using sovereign funds to invest in sustainable development and climate action – and ‘out of the box’ thinking.