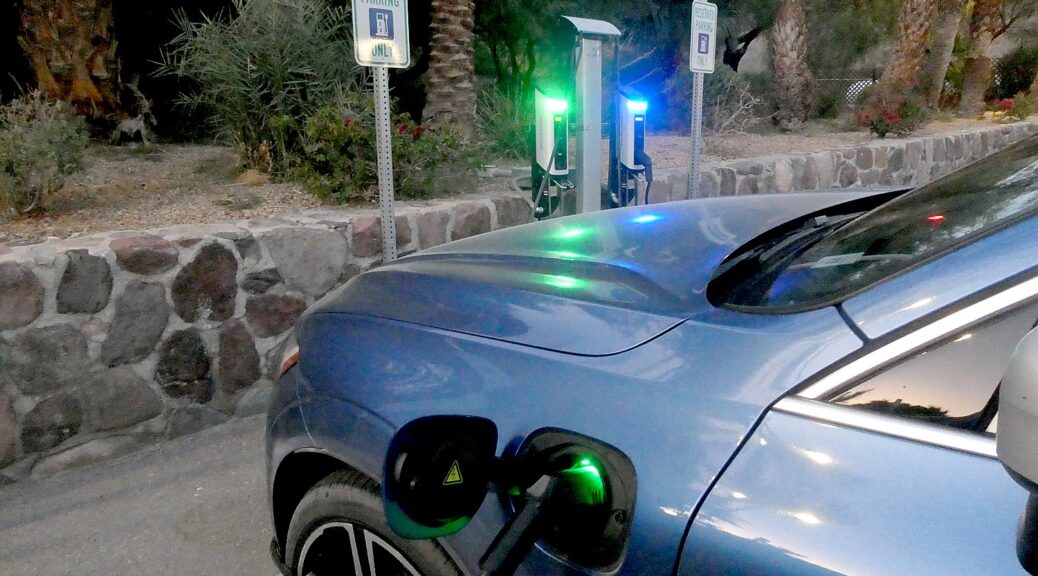 This fact sheet from the White House details progress the Biden-Harris Administration has made to use a “whole of government” approach to revitalize the United States’ manufacturing base, strengthen critical supply chains, drive down prices, and position American workers and businesses to not just compete but lead the world in the 21st century:

Since his first day in office, President Biden relentlessly focused on an industrial strategy to revitalize our manufacturing base, strengthen critical supply chains, drive down prices, and position U.S. workers and businesses to compete and lead globally in the 21st century. This whole-of-government effort is leading to a historic recovery in domestic manufacturing. During President Biden’s first year in office, the economy added 367,000 manufacturing jobs – the most in nearly 30 years. The U.S. economy grew at the fastest pace in nearly 40 years in 2021, and manufacturing as a share of U.S. GDP has returned to pre-pandemic levels. Manufacturing activity has seen a significant expansion every month that President Biden has been in office, consistently above pre-pandemic levels.

The Build America, Buy America Act in the Bipartisan Infrastructure Law expands on the Biden-Harris Administration’s work to ensure that the future is made in America by American workers by strengthening and expanding Buy America rules to all taxpayer-funded infrastructure and public works projects.

President Biden and Jane Hunter, CEO of Tritium, announced that Tritium will break ground on its first U.S. manufacturing facility in Lebanon, Tennessee. This facility will house six production lines that will produce up to 30,000 Buy America-compliant DC Fast Chargers per year at peak production and create 500 local jobs.

This is the latest of announcements in recent weeks by major companies announcing investments in U.S. manufacturing and jobs, including Intel, General Motors, and Boeing, and more than $200 billion in investments in domestic manufacturing of semiconductors, electric vehicles, aircraft, and batteries announced since 2021.

In addition to Tritium, EV charging manufacturers large and small are investing and expanding U.S. operations, driven by the Administration’s economic strategy, Made in America policies, and the Bipartisan Infrastructure Law:

The future of the auto industry is electric, and America can own that future by building more here at home, creating good-paying jobs in the process. In August, President Biden set an ambitious target and roadmap to get to 50% of electric vehicle (EV) sale shares in the U.S. by 2030. The Bipartisan Infrastructure Law included a down payment on the EV future, with more than $7 billion in funding to secure an American EV supply chain, from materials processing to battery manufacturing and recycling, along with $7.5 billion to build out the first-ever nationwide public EV charging network.

This charging network will provide a convenient, reliable, affordable and equitable charging experience, with a focus on serving national highway corridors, rural areas, and underserved communities. It will also accelerate the adoption of electric vehicles, fight the climate crisis, and support domestic manufacturing jobs.

Later this week, Department of Transportation Secretary Buttigieg and Department of Energy Secretary Granholm will announce the state allocations and guidance for the Bipartisan Infrastructure Law’s National Electric Vehicle Infrastructure Formula Program, which will provide $5 billion over five years to help states create a network of EV charging stations along designated Alternative Fuel Corridors on the Interstate Highway System.

The Biden-Harris Administration has already taken action to prepare for the build-out of the nationwide public EV charging network.

The White House released this fact sheet about how the Biden Administration is bringing semiconductor manufacturing back to the United States:

Semiconductors are an essential building block in the goods and products that Americans use every day. These computer chips are critical to a range of sectors and products from cars to smartphones to medical equipment and even vacuum cleaners. They help power our infrastructure from our grid to our broadband. The United States used to lead the world in global semiconductor manufacturing. But in recent decades, the U.S. lost its edge—our share of global semiconductor production has fallen from 37 percent to just 12 percent over the last 30 years.

The COVID-19 pandemic shined a spotlight on the fragility in the global semiconductor supply chain. Experts estimate that the global chip shortage knocked off a full percentage point from U.S. gross domestic product (GDP) last year. U.S. autoworkers faced furloughs and production shut downs due to pandemic-driven disruptions in Asian semiconductor factories, contributing to large increases in the price of cars for U.S. consumers. One-third of the annual price increases in core consumer price index (CPI) last year was due to high car prices alone.

The Biden-Harris Administration has been working around the clock with Congress, our international allies and partners, and the private sector to expand U.S. chip manufacturing capacity, bring back critical American manufacturing jobs, address the chip shortage, and ensure we are not exposed to these disruptions again. Today, Intel will announce a new $20 billion factory outside Columbus, Ohio.

Today’s announcement is the latest marker of progress in the Biden-Harris Administration’s efforts to ramp up domestic manufacturing for critical goods like semiconductors, tackle near-term supply chain bottlenecks, revitalize our manufacturing base, and create good jobs here at home. This investment will create 7,000 construction jobs and another 3,000 permanent jobs, another sign of the strength of the American economy.

To accelerate this progress, the President is urging Congress to pass legislation to strengthen U.S. research and development and manufacturing for critical supply chains, including semiconductors. The Senate passed the U.S. Innovation and Competition Act (USICA) in June and the Administration is working with the House and Senate to finalize this legislation. It includes full funding for the CHIPS for America Act, which will provide $52 billion to catalyze more private-sector investments and continued American technological leadership.

Since the beginning of 2021, the semiconductor industry has announced nearly $80 billion in new investments in the United States through 2025, according to the Semiconductor Industry Association. These investments will create tens of thousands of good-paying U.S. jobs, support U.S. technological leadership, and promote security and resilience in global semiconductor supply chains. In addition to Intel’s announcement today, investments include:

The Biden-Harris Administration has led a whole of government effort to secure these critical investments.

The president, accompanied by the vice president, entered the Roosevelt Room at 9:11, shook hands and greeted the auto executives who had been standing around on one side of the table waiting for him and chatting with top administration officials. The executives took their seats at the table and the president gave brief welcoming remarks before the pool exited at 9:16.

Transcript of remarks to come. But the tenor was set even before everybody sat down when he playfully said to two of the executives “start building in the U.S.”

As everyone sat down, he was the gentleman and held the chair for Mary T. Barra of General Motors, saying, “Let me help you with that.” After thanking them for coming, he assured them “you’re not being singled out.” Of job creation, he said, “It’s happening; it’s happening big league.” He added, “We’re bringing jobs back to the U.S. big league.” He talked of regulations and the need to control them. He brought up environmental regs, saying, “I am an environmentalist…. But it’s out of control.” He promised that they would get answers on their permits much faster than they are now.

The president sat in the center chair. To his right was Barra, Chief Executive Officer and Chairperson of General Motors, then Craig Glidden of GM, then Steve Bannon. Across the table from Bannon was Stephen Miller, then Jared Kushner, the Gov. Matt Blunt, then Mark Fields of Ford, Ziad Ojakli of Ford, Hope Hicks, then Priebus. Back on the president’s side of the table, it was Sergio Marchionne of Fiat to the president’s left, then Shane Karr of the alliance of automobile manufacturers, and Josh Pitcock of the vice president’s office. The vice president sat directly across the table from the president. In other small talk, the president kidded Marchionne about having spent the night flying to get to the meeting. And he wished one of the executives, Mark Fields, a happy birthday.

Here are his notes of what Trump told the executives:

“I want to just thank you all for being here. We have a very big push on to have auto plants and other plants, many other plants. You’re not being singled out, believe me, Mary, I promise. But you have a lot of plants from a lot of different items built in the United States. And it’s happening, it’s happening big league.

“We had Whirlpool up yesterday, we’re talking about big construction facilities. And it’s not the construction I want although that brings jobs. It’s the long term jobs that we’re looking for.

“Mark and I were together yesterday and I think we understand that. We’re going to make the process much more simple for the auto companies and for everybody else who wants to do business in the United States.

“You’re going to find this to be from being very inhospitable to extremely hospitable. I think we’ll go down as one of the most friendly countries and right now it’s not.”

“I have friends that want to build in the United States, they go many, many years and then they can’t get their environmental permit over something that nobody ever heard of before. And it’s absolutely crazy.

“And it is an honor to be with you today.”