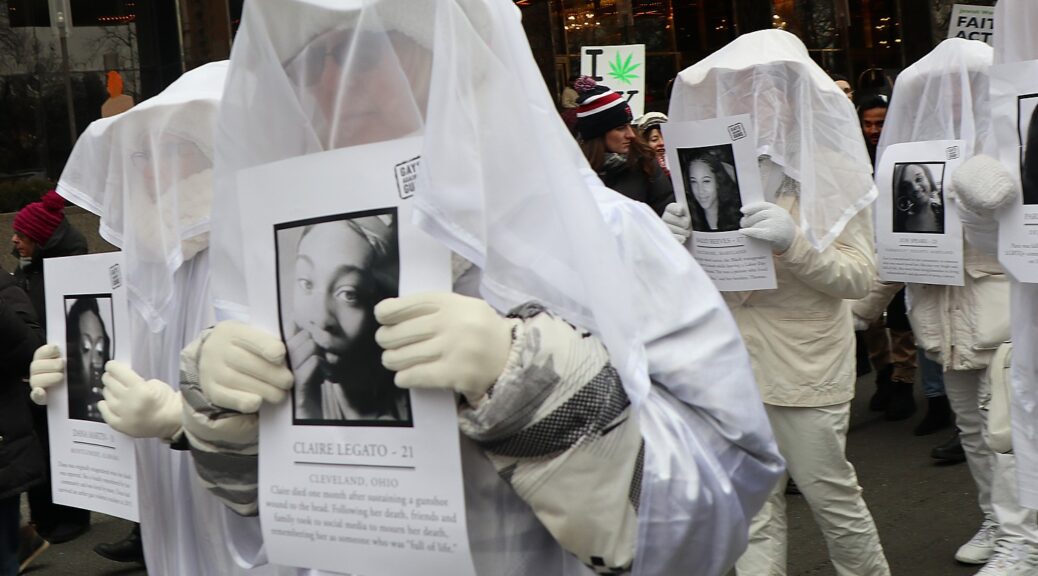 The Office of Management and Budget issued a statement strongly supporting passage of H.R. 1620, the Violence Against Women Reauthorization Act of 2021, introduced by Rep. Jackson Lee (D-TX) with 182 co-sponsors.

The statement comes as news reports circulate about a Georgia man who murdered 8 women in a shooting spree in Atlanta, March 16.

The Administration strongly supports House passage of H.R. 1620, the Violence Against Women Reauthorization Act of 2021.  The Violence Against Women Act (VAWA) is a landmark piece of bipartisan legislation that was first enacted in 1994 and that was reauthorized in 2000, 2005, and 2013.  VAWA has transformed the Nation’s response to violence against women and has brought critically needed resources to States, Territories, Tribes, and local communities to help prevent and improve the response to domestic violence, dating violence, sexual assault, and stalking.  Strengthening and renewing VAWA, however, is long overdue.  As many as 1 in 3 women are subjected to domestic violence, dating violence, sexual assault, and stalking at some point in their lives, and the rate is even higher for women of color, lesbian and bisexual women, and transgender people.  VAWA reauthorization is more urgent now than ever, especially when the pandemic and economic crisis have only further increased the risks of abuse and the barriers to safety for women in the United States.

The Administration is pleased that H.R. 1620 continues to build upon previous VAWA authorizations, and includes new provisions to enhance efforts and address identified gaps and barriers.  H.R. 1620 would authorize funding for VAWA grant programs for fiscal years 2022 through 2026 and would continue to invest in, and expand, strategies that advance access to safety, justice, and economic stability for victims and survivors.  The bill would maintain established and effective protections and programs, while also addressing persistent gaps through more holistic approaches in order to address the complex realities and intersecting issues that impact survivors’ lives.

Domestic violence is a leading cause of homelessness for women and their children.  Without the ability to access affordable housing, a victim must often times choose between becoming homeless or remaining in an abusive situation.  H.R. 1620 includes provisions that would provide important housing protections to allow survivors in federally assisted housing to relocate to safe housing with victim relocation vouchers, maintain their housing after a perpetrator leaves, or terminate a lease early.  The bill also would expand economic security protections for survivors.

H.R. 1620 would authorize increased funding to enhance culturally specific services for victims. This would include developing culturally-relevant training and education programs for health care professionals that are designed to be inclusive of the experiences of all individuals, including people of color and LGBTQ+ individuals.  It would also include training on equity and anti-racism approaches to health services delivery, disparities in access to health care services and prevention resources, and current and historic systemic racism in health care services.

The Rape Prevention & Education (RPE) formula grants, administered by the Centers for Disease Control and Prevention, authorize essential funding to States and Territories to support rape prevention and education programs conducted by rape crisis centers, sexual assault coalitions, and other public and private nonprofit entities.  H.R. 1620 would authorize higher levels of funding for prevention through the RPE program grants, as well as grant programs focused on prevention efforts with youth administered through the Department of Justice.  It also would expand grants to support implementation of training programs to improve the capacity of early childhood programs to address domestic violence, dating violence, sexual assault, and stalking among the families they serve.  H.R. 1620 would also support institutions of higher education in developing and disseminating comprehensive prevention education for all students and expanding training for school-based personnel and campus health centers to meet the needs of young victims of sexual violence.

The Administration strongly supports measures in H.R. 1620 that would expand access to justice for Native American victims.  Native women are victimized at rates higher than any other population in the United States, and the vast majority of Native victims report being victimized by a non-native individual.  This bill would build on the effectiveness of special criminal jurisdiction for domestic violence cases that was included in prior VAWA reauthorization laws and address other significant co-occurring crimes.  It recognizes tribal jurisdiction that will allow participating Tribes to hold accountable non-native perpetrators of sexual violence, sex trafficking, domestic violence against child victims, stalking, elder abuse, and assault against law enforcement officers when they commit such crimes on tribal territory.

The Administration is pleased that H.R. 1620 recognizes the need to provide protection and services to all victims of abuse and includes proposals to strengthen existing policies that were supported by both Democrats and Republicans last year.  The Administration urges swift passage of this legislation.